Annual report 2014: Supporting courage where there is fear 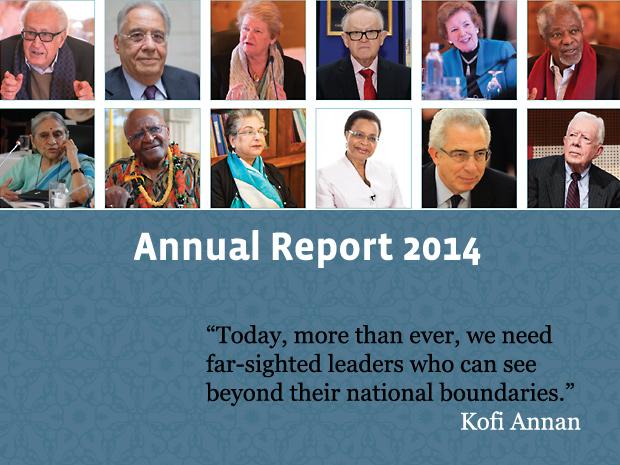 Our CEO Lesley-Anne Knight reflects on the past 12 months of Elders' work and looks ahead to the organisation's next challenges.

"The Elders want our leaders to take bold decisions, for the common good of the people and the planet we inhabit."

It has been a busy year, with many of the issues The Elders confronted in 2014 highlighting the inescapable fact that we live in a world blighted by inequality.

The Elders have spoken out on these issues, and used their influence to bring about change through quiet diplomacy – and they continue to do so. As our work goes on in 2015, we see our task as working towards a fairer world, in which development is for all and is sustainable. It is not just about growth; it is about equity.

The Elders want our leaders to take bold decisions, for the common good of the people and the planet we inhabit. Global leaders have two key opportunities in 2015 to change the course of history:

In September, a new set of Sustainable Development Goals will hopefully be approved by world leaders at the United Nations. If the draft goals are approved, member states will commit to: ending poverty in all its forms everywhere; achieving gender equality and empowering women and girls; taking urgent action to combat climate change and its impacts; reducing inequality within and among countries. Also included in the draft proposals are a range of other goals aimed at making the world safer, healthier, better educated and more productive.

Secondly, in December in Paris, world leaders will gather to discuss a new international agreement on climate change that must set binding limits on carbon emissions if the world is to avoid a climate catastrophe.

The Elders will do everything within their power during 2015 to ensure that these opportunities are not squandered.

2015 also marks the 70th anniversary of the United Nations, whose stated intention is to “save succeeding generations from the scourge of war”. As The Elders join in celebrating this milestone in the history of the UN, they will be all too conscious of the fact that we are still far from achieving its primary goal. Far too often we have seen how entrenched divisions in the UN Security Council and a lack of courage by its members to rise to the demands of the atrocities committed have prevented effective action.

There is clearly much work still to be done, and The Elders stand ready to do whatever they can to speed the pace of change towards a more peaceful, fairer world.

Read our annual report of The Elders' work over the past year:

A year in review: The Elders’ 2013 Annual Report

CEO of The Elders Lesley-Anne Knight presents our 2013 Annual Report, a review of our challenges and achievements during a year of transition for the organisation. 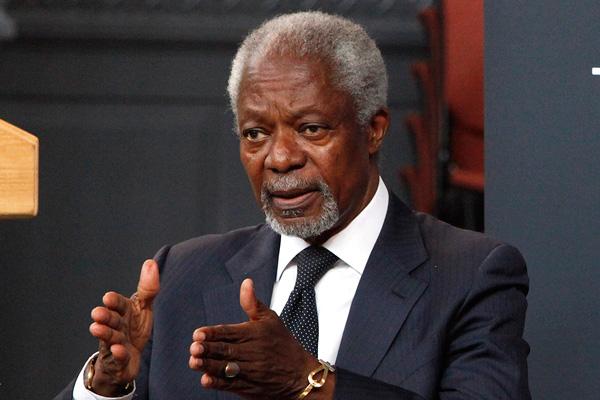 2015 New Year’s message from Kofi Annan, Chair of The Elders

Supporting courage where there is fear in 2015
Reflecting on the events of the past 12 months, Kofi Annan calls for forward-thinking, ethical leadership in the new year, highlighting the important role that everyone can play in driving social change.