Education: the best tool in the fight against racism in Israel

While Israelis and Palestinians struggle to find lasting peace, ACRI's Executive Director Sharon Abraham-Weiss believes that educating children against racism is an indispensable tool for preventing injustice and conflict 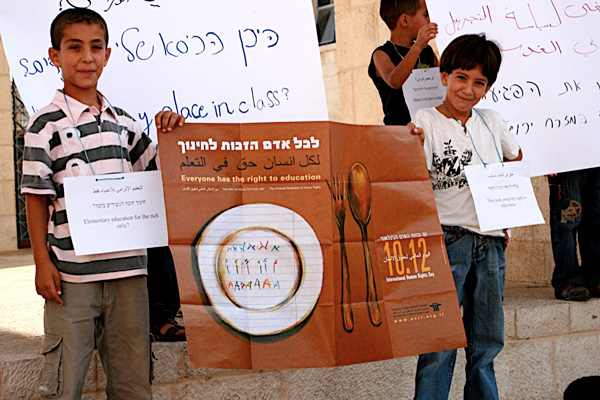 What does racism in contemporary Israeli society look like?

Racism in Israel manifests itself in a multitude of different ways: from discrimination in the workplace, housing, education, and healthcare, to acts of violence and racial slurs on the streets. Racial discrimination contributes to the oppression of the Arab minority in Israel and many other groups including foreign workers, refugees and asylum seekers, citizens of Ethiopian descent, Mizrahim (Jews of Middle-Eastern descent), and Ultra-Orthodox Jews.

More alarming than overt acts of racism are the nuanced expressions of racism that are accepted as societal norms. While a certain rule or norm may not appear conspicuously racist, it can effectively exclude groups from certain sectors of society. Many examples of this type of racial exclusion have arisen in Israel in recent years, including granting preferential access to public housing for army veterans, the insistence that membership in clubs and societies include city residency (in line with the general homogeneity of certain neighborhoods), and the lack of Arabic-language books in public libraries. Each of these examples can serve as a filtering mechanism which deters groups from participating in public activities. They are forms of societal preference and they are symptomatic of an underlying system of structural racism on the macro-level. 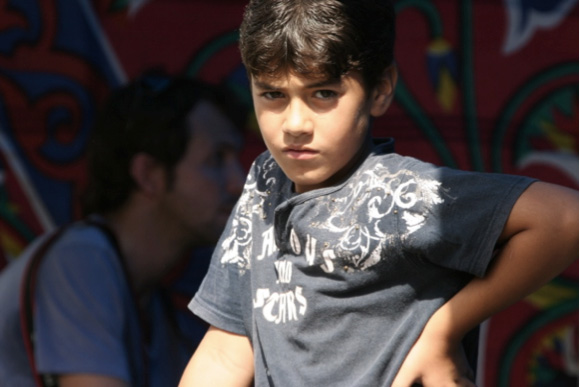 This is especially the case when political actors incite racist sentiments in society, especially among young people. It is important to remind our elected officials that, even if their statements against protesters are politically expedient, the implications for democracy are likely to be disastrous.

In August 2014, elementary school teachers in Jerusalem reported an increase in racist attitudes expressed by their students as they returned to school following the summer's military actions in the Gaza Strip. Teachers are not always equipped with the tools to tackle difficult subjects which often arise in the classroom – from elementary through to high school education.

At the same time, disparities in the quality of education continue to fall along racial lines, emphasizing and accentuating the separation of groups. State funding favours religious Jewish schools, which in 2013 received an average of £4,350 per student nationwide. In contrast, students in state secular Jewish schools received £3,994, and funding for Arab high school students averaged only £3,399 per year- a 27% gap between the highest and lowest funded student.

The widespread social legitimacy granted to racist worldviews and their proliferation throughout Israeli society, requires a comprehensive and long-term educational strategy to combat racism. 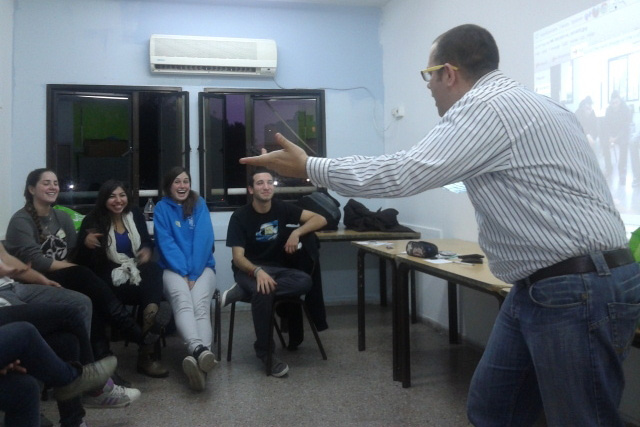 This is where anti-racism education, including the educational outreach programs of the Association of Civil Rights in Israel (ACRI), becomes an indispensable tool for students across the country. The program includes the distribution of educational kits to classrooms across the country that contain a set of anti-racism materials, and training workshops for teachers to provide tools on how to promote a sense of tolerance and co-existence among Israeli school children, from pre-school through to high school.

An uncomfortable but necessary dialogue

Racism is an uncomfortable topic for many people, and anti-racism activities are often a contentious subject among scholars, thinkers and politicians alike. However, the work of anti-racism groups is essential, and comprises a straightforward mission: to deter the adoption of racist perspectives and promote positive human interaction based on an acceptance of the other. While a lasting solution will require a multi-faceted approach – including social, political and legal components – the key variable to achieving a lasting social change can only come through a comprehensive and sustained educational process geared towards promoting democratic values, human rights and co-existence.

In order to progress towards real and lasting social change, it is imperative that a shift in public attitude takes place from the ground up. Rather than criticizing external forces, it is time to look inward and focus on altering the true building blocks of society and citizenship. Education in all forms, whether formal or informal, must internalise the values of tolerance, co-existence, and democracy: the tenets of a culture of human rights.

Sharon Abraham–Weiss is the Executive Director of The Association for Civil Rights in Israel (ACRI), Israel’s largest and oldest human rights organisation dedicated to the eradication of racism in Israeli society through educational outreach.

Zoe Beaudry is an International Relations Intern at the Association for Civil Rights in Israel. Zoe is based in Michigan and will be returning to her community to utilize the human rights tools she has developed in Israel.

“Once again, violence has been spiralling out of control… It is easy to be distracted by dramatic events from the underlying issues that help to provoke them.”
Our Senior Middle East Analyst Nigel Pearce explains why the issue of planning control s