US Middle East policy has recently focused essentially on two major issues: reaching a workable agreement over Iran’s nuclear programme, and the war against ISIS. Long considered the epicentre of the Middle East drama and the key to the solution of the region’s problems, the Israel-Palestinian conflict has been relegated by America and, admittedly also by the main regional stakeholders, to a secondary position.

That America is consumed by other pressing challenges, and now also by the domestic constraints of an electoral year back home (particularly when it comes to addressing problems where Israel is involved), can help explain US disengagement from the question of Palestine. However, past experience has shown that even when fully engaged the US failed to be an effective broker. 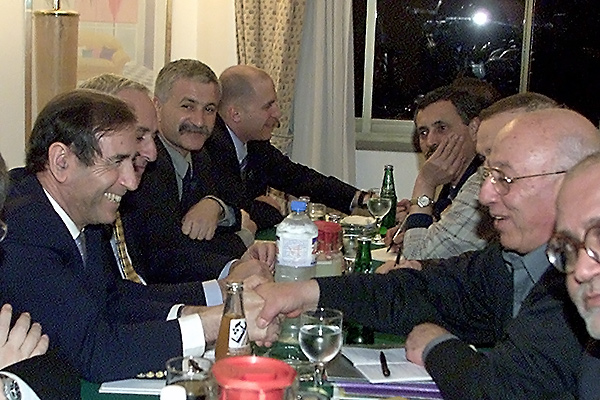 America’s failure at peacemaking in the Israeli-Palestinian dispute is actually a defining failure. Washington’s pattern of peace diplomacy – direct negotiations between the parties under US guidance – has proved utterly inadequate. John Kerry was the last to try it a year ago; his failure should teach a lesson to all future, well-intentioned peacemakers.

America’s blunder in the Israeli-Palestinian peace process stems from its perception of power and diplomacy as distinct and separate phases of foreign policy. It acts as if the process of negotiation operates on its own inherent logic, independent of considerations of power, coercion, and leverages. Treating force and diplomacy as distinct categories is bound to give to the parties in the conflict the sense that American power lacks resolve.

America continues to be an indispensable actor in the Middle East and beyond, but it has lost the awe-inspiring drive of the past and its willingness to use coercive diplomacy in its quest for a new order. It no longer intimidates, not even allies and clients such as Israel and the Palestinian Authority.

At times, diplomatic ripening requires the transformation of the mediator into a manipulator and an arm-twister. The only successful exploits of American peace diplomacy in the Middle East were all the result of a masterly combination of power, manipulation and pressure:

The United States cannot solve the Israeli-Palestinian conflict by itself just as it cannot solve single-handed the Iranian nuclear dispute, the North Korean contention, or the mega-tragedy that is the Syrian civil war. It needs to relinquish its monopoly of the process.

The Iran nuclear deal is indeed a major success for an American-led international diplomacy in the Middle East. Otherwise, however, in the last twenty years, Washington has mostly accustomed the world to seeing it forming international coalitions for war in the region. America could now try an international alliance for a Middle East peace. This would mean giving a greater role to the Quartet (EU, Russia, UN and US) and to key Arab states.

The new paradigm needs to be that of an essentially international solution for Palestine. Why would the Iranian nuclear problem need a P5+1 forum of powers to lead the negotiations with Tehran, and the North Korea question the so-called Six Party Talks, yet the Palestinian question remain an American monopoly in spite of Washington’s proven incapacity to solve the problem single-handed? An international solution is required also because of the Palestinian perception of the US not truly being an honest broker due to the political domestic constraints that inhibit Washington’s freedom of manoeuvre in its relations with Israel.

could be turned into a UN Security Council Resolution as the internationally accepted interpretation of what is a fair deal in this dispute. Components of the Clinton Peace Parameters and the Arab Peace Initiative could serve to draft such a resolution. Led by the US, the international community would then have to devise a strategy for the implementation of this peace plan.

The new paradigm requires also broadening the scope of the peace process; this should no longer be only about an Israeli-Palestinian peace. The objective should be a regional settlement between Israel and its Arab neighbours. This should be so if only because the future Palestinian state would be in no condition to offer Israel the kind of security it requires. Palestine is a minor security challenge for the Jewish state; it is the surrounding Arab world that explains Israel’s formidable military build-up, and it is through a settlement with it that Israel should get the security guarantees that it needs.

A regional settlement would, moreover, help the Israelis make the truly painful concessions required for the creation of a Palestinian state on issues such as borders and Jerusalem, for these would be diluted into the greatness of a truly historical moment. That was very well understood by the initiators of the 2002 all-Arab Peace Initiative that neither Israel nor the US gave the attention it deserved.

Shlomo Ben Ami is a former Israel foreign minister who now serves as the vice-president of the Toledo International Centre for Peace. He is the author of “Scars of War, Wounds of Peace: The Israeli-Arab Tragedy”