Legal and human rights experts Shelly Cohen and Noa Diamond describe how Palestinians in East Jerusalem have lived for over a decade under a 'temporary', "discriminatory and racist law."

For more than a decade, Israel’s law books have been marred by a particularly racist law – the Citizenship and Entry into Israel Law (Temporary Order) 5763-2003. This Law limits and even prohibits the grant of status in Israel – as well as East Jerusalem, illegally annexed in 1967 – to Palestinians from the Occupied Palestinian Territories (OPT) who marry Israeli citizens and residents, simply because of their nationality and the fact that they are OPT residents.

In August 2003, the moratorium on family unification between Israelis and OPT residents was enshrined in Israeli law "temporarily" – purportedly because the security situation necessitated it. Since then, the Law has been twice amended and twice upheld in court: the first Amendment, in 2005, succeeded in sidestepping the High Court petitions filed by human rights organisations for the Law's repeal; the second, in 2007, prompted another round of High Court petitions that were also dismissed by the High Court of Justice in 2012.

The twice amended Law has remained essentially racist and discriminatory: since Israeli Jews hardly ever marry OPT Palestinians (but occasionally marry other foreign nationals who do not come under the Law), the Law applies almost exclusively to Israeli Palestinians. It violates their constitutional rights to equality and family life, and is clearly motivated by illegitimate demographic considerations. Even in consideration of its proclaimed security purpose, the Law's harm is excessive.

Its impact is particularly severe on East Jerusalem residents – Israeli residents by annexation – who, if relocating to the West Bank to live with their spouses and children there, risk the revocation of their Israeli status coupled with the likely refusal of the Palestinian Authority (PA) to grant them status in the OPT – grounded in the PA's disavowal of Israel's demographically-driven policy of status revocation in East Jerusalem. 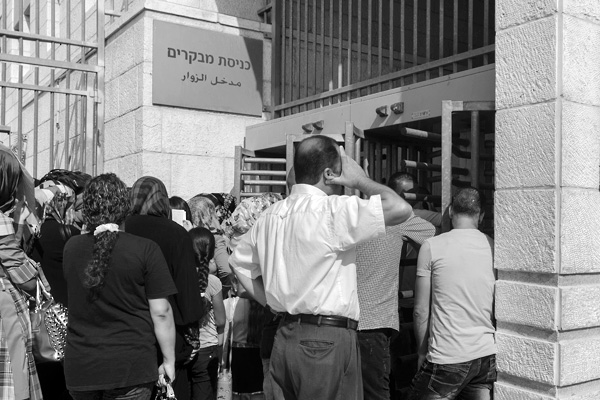 The amended Law has indeed re-enabled some family unification between Israelis and OPT residents – subject to a minimum age requirement of 25 for women and 35 for men. But even then, it does not allow full family unification – that is, permanent Israeli status at the end of the “graduated” family unification procedure, which takes some five years. Instead, it allows OPT spouses in these age-groups only to seek renewable “stay permits” to regularise their presence in Israel, without any prospect of receiving even temporary residency status so long as the Law remains in effect.

To counter even this slight relaxation, the Law has been amended to include a broad security preclusion clause, that allows denial of family unification if the authorities determine that the OPT spouse, or even a member of their family, may pose a security threat to the State of Israel, or, more recently, if the authorities determine there is activity that may jeopardise state security in the area where the spouse resides. In June 2008, based on this indirect "geographic" security clause, the government issued Resolution No. 3598, banning family unification with individuals residing or registered in Gaza, no matter the circumstances.

Moreover, the Law's reach has been expanded in both Amendments: first – giving clear expression to the Law's demographic motivation – the term “resident of the Area” (namely, the OPT) was expanded to include people who are merely registered there – even if they never lived in the OPT and even if they were born in Israel (among them many children, born and raised in East Jerusalem who were not yet registered in the Israeli population registry, but provisionally registered by their parents in the OPT population registry). Second, the Law has been made to apply also to spouses and family members from designated “risk regions”.

A slightly positive change may be ascribed to HaMoked's persistent advocacy which focused on the Law's harm to unregistered children from East Jerusalem: the cut-off age for granting Israeli status to children coming under the Law has been raised from 12 to 14; and older children – unmentioned in the original law, and thereby effectively compelled to leave Jerusalem and move to the OPT – may now seek to live in Israel legally, with their families and into adulthood, albeit conditionally and without status. Another purported mitigation clause – the establishment of a humanitarian committee for special applications – has not proved worthy of its name.

A life without legal status

The Citizenship and Entry into Israel Law is one of the most reprehensible laws enacted by the State of Israel. Those few who have managed to enter the family unification process after the 2002 government process freeze, live in Israel with temporary stay permits only, condemned to a life without stability, social-security rights or even health rights, and with legal status that is different from the rest of their family, subject to invasive yearly security vetting. All others are presented with a difficult and cruel choice: if they abide by the Law, they must separate; if they choose to live together in Israel, they do so illegally – in constant fear that the OPT spouse might be deported from the city.

The Law's harm is far greater in the case of women living in traditional Palestinian society, given that it is the Israeli resident spouse who must apply for the annual renewal of the stay permit given to the OPT spouse. This requirement amplifies the unbalanced gender power relationship, and reinforces the dominant position of the male spouse.

Moreover, in a life crisis such as divorce or widowhood, women still undergoing family unification face the threat of being ordered to leave their home of many years and return to the OPT – where, often, they have no one waiting for them.

While Israel persistently claims that the Law is grounded in security, reducing the risk of terrorist attacks inside Israel, the fact that it allows Palestinian spouses, as others, to legally remain in Israel for many years, but insists only on denying them real status in the country, clearly reaffirms that the Law’s purpose is part of Israel's long-pursued racist policy seeking to ensure a Jewish majority in the country, especially in Jerusalem.

This "temporary" law enacted twelve years ago will expire on 30 April 2015. Despite the Israeli general elections just round the corner, it seems almost inevitable that the Law will be renewed once again for the 16th time. HaMoked will continue its struggle against this disgraceful policy, through intervention in individual cases and advocacy for the repeal of both the Law and Resolution 3598, calling on Israel to uphold the rights of all Israeli residents and citizens to marry whomever they choose and live with their spouses and children in the place of their choice, and ensure that all applications for family unification with OPT residents are reviewed on their merits, in a fair, efficient and professional manner.

This article is based on a recent report by HaMoked: Center for the Defence of the Individual, titled "Temporary Order? Life in East Jerusalem under the Shadow of the Citizenship and Entry into Israel Law".

HaMoked: Center for the Defence of the Individual, founded by Dr Lotte Salzberger, is a human rights organisation acting since 1988 to safeguard the rights of Palestinians living under Israeli occupation and promote the enforcement of international law's standards and values. 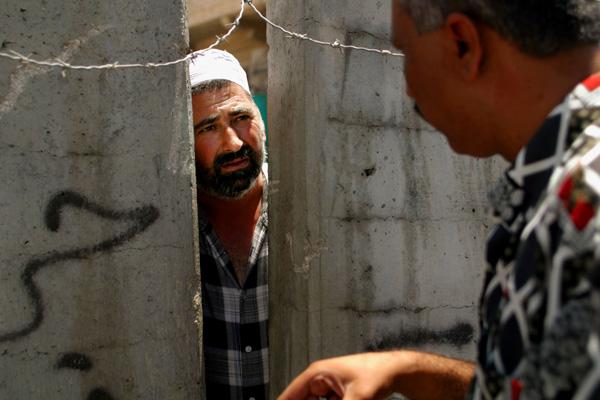