We need to safeguard civic space 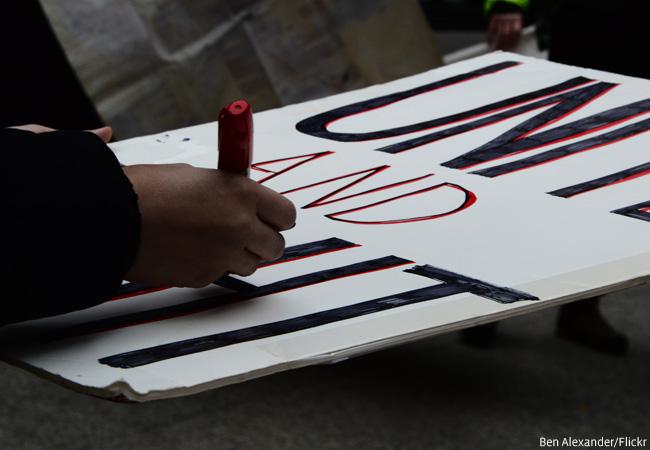 Danny Sriskandarajah, Secretary-General of CIVICUS, marks Human Rights Day by reflecting on civil society's successes and challenges, noting the declining space for citizens to organise and mobilise and calling for the need to construct a progressive narrative around freedom of movement and human rights.

"Even as people are building walls and closing borders, we need to construct a progressive narrative around freedom of movement and human rights." 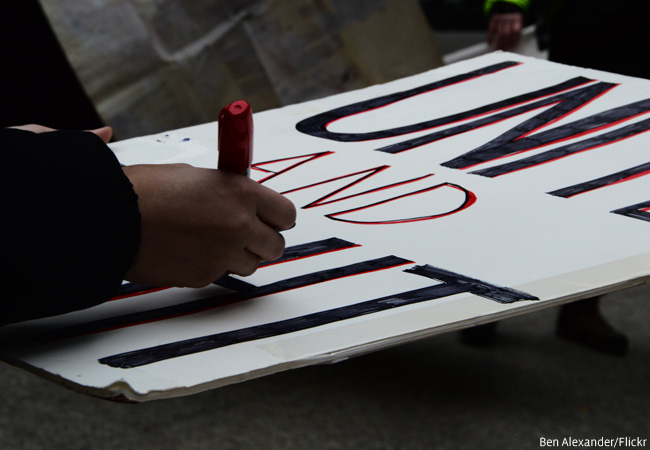 For those of us interested in social justice, democracy and human rights around the world, this Human Rights Day comes at the end of an annus horribilis. From the streets to the internet, the space for citizens to organise and mobilise is being shut down across the world, including in mature democracies.

Findings from the CIVICUS Monitor show that more than 3.2 billion people are now living in countries where civic space is repressed or closed. Last year, significant violations of people’s basic rights to freedom of association, peaceful assembly and expression were recorded in 109 countries.

Less than 10% of the countries for which the CIVICUS Monitor has verified data are categorised as having open civic space. Confrontational and brutalizing tactics, once the preserve of authoritarian regimes, are increasingly being used in established democratic states. In the US, and elsewhere, a proliferation of anti-protest legislation and counter-terrorism measures has begun to exert a stifling, debilitating effect on the sector.

We’re seeing new laws requiring prior authorization for peaceful gatherings, police infiltration of peaceful protests, mass arrests and the use of excessive force. In Australia, the public vilification of human rights defenders by senior government officials has been described as having a ‘chilling effect’ on civil society. And in respected democracies such as Hungary, dissent is being brutally silenced as lawyers, investigative journalists and activists are intimidated, attacked or jailed.

European countries, finding themselves at the centre of incoming refugee flows from Syria and the north and horn of Africa, are building fences and introducing rafts of restrictive immigration and border control policies. NGOs critical of their government’s response are being threatened with de-registration and subjected to baseless legal and administrative investigations. Politicians are increasingly bringing criminal defamation charges against outspoken journalists.

"Over the last year, civil society pressure has had some positive impacts"

The combination of political polarisation and economic inequality is driving citizen-led disruption across the political spectrum. Over the last year, civil society pressure has had some positive impacts, ranging from the release of pro-democracy activists in the Democratic Republic of Congo, the withdrawal of an anti-social media bill in Nigeria, the toning down of a restrictive NGO bill in Israel, and, just recently, the resignation of the South Korean President.

From the radical system-change seeking mass movements of Occupy and the revolutionaries of the Arab Spring, to the anti-establishment isolationist narratives of the Trump insurgency or Brexit ‘leavers’, our democracies are becoming both messy and unpredictable, triggering, at state-level, a seemingly irresistible authoritarian reflex.

Fearful of their own people, governments are taking increasingly drastic measures to prevent citizens from criticizing authority or even calling for their basic social and economic needs to be met. As authorities note the power of the internet and social media as a tool for citizen mobilisation, state surveillance of online activities is on the rise. And hostility towards civil society is becoming part of mainstream political discourse, normalizing the demonization of activists as the subversive, destabilizing agents of foreign powers. 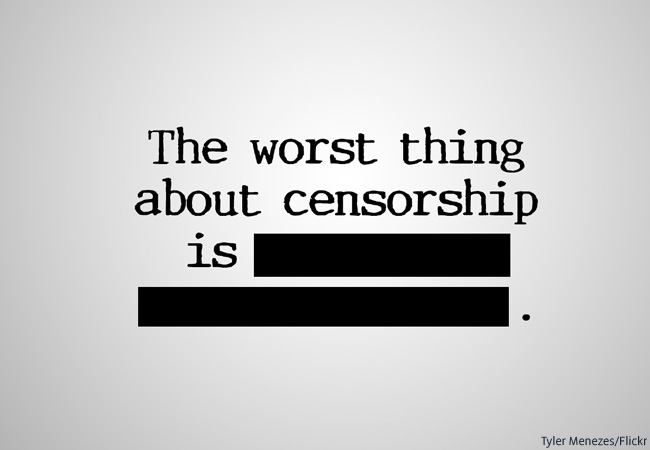 As governments wake up to the power of citizen action, a concerted push-back has begun; an effort to tame civil society and to smother its ability to catalyse social transformation. And this should matter to us all.

A free, vibrant civil society can stem tides of extremism, intolerance and exclusion. Conversely, restrictions stimulate the febrile conditions in which right wing populism breeds. We urgently need to find new ways of convincing leaders, in the global North and South, that many states - including some of the world’s most mature democracies – are now straying into this dangerous terrain.

Without dismantling open and democratic societies, we need to nurture the spaces - online and offline - that channel citizen voice and dissent in meaningful ways. We need to build positive arguments for open civic space; we need to counter the fear that is leading to increasing intolerance and isolationism; and, even as people are building walls and closing borders, we need to construct a progressive narrative around freedom of movement and human rights.

Dhananjayan Siskandarajah (or Danny, as he is known) has been Secretary-General and CEO of CIVICUS since January 2013. His previous roles have included Director of the Royal Commonwealth Society, Interim Director of the Commonwealth Foundation, and Deputy Director of the Institute for Public Policy Research. Danny is the author of numerous reports and academic articles on international migration and economic development. He sits on the boards of several organisations, including the Baring Foundation, Comic Relief and International Alert, and was a member of the United Nations Secretary General’s High Level Panel on Humanitarian Finance. He is a co-founder of the Ockenden Prizes and the Migration Museum Project. Follow Danny on Twitter and Facebook.

Building a culture of inclusivity in a diverse society

"The more we grow accustomed to voicing our opinions online, the more we resist being silenced."In a blog for Skoll World Forum on Human Rights Day 2012, Mary Robinson argues that we must protect the internet as a space where fundamental freedoms prevai