As Europe prepares to vote on the recognition of a Palestinian state, leading Israeli scientist and political activist, Amiram Goldblum, claims that those who really care for Israel should raise their hands in support of recognising Palestine.

More than a thousand Israelis have already signed a call to parliaments in other countries, supporting recognition of Palestine side by side with Israel, on the basis of the 4 June 1967 "green line". Among them are former Ministers, members of the Knesset, diplomats and major government officials, as well as prize winners in sciences and the arts, including Amos Oz, Avraham Yehoshua and David Grossman, the three most translated Israeli novelists. We are motivated by our sense of increasing danger to the character of Israel, its legitimacy, and its very existence in the long run. We are deeply worried, as our friends should be too.

Netanyahu and his ministers claim that recognition can only be granted once Israeli-Palestinian negotiations are successfully concluded. Otherwise, they argue, recognition constitutes an unacceptable and harmful "unilateral action" that can only strengthen Palestinian positions. Other Israeli leaders accuse Palestinians of "violations of the Oslo agreements". Do those in charge of Israel's policies make these claims with clean hands?

We have been negotiating for the last 20 years while unilateral settlement construction incessantly continues. Netanyahu succumbs to growing political pressures by the extreme religious (and demographically growing) right wing and its allies in his own party. They wish to deter, scare and "convince" the Palestinians that Israelis will prevent the creation of a Palestinian state. Some of the more extreme settlers commit acts of terror in order to push Palestinians to despair. After a terrorist attack by Palestinians, the pace of construction increases as “punishment”, a clear indication of the ideology behind the settlement project. 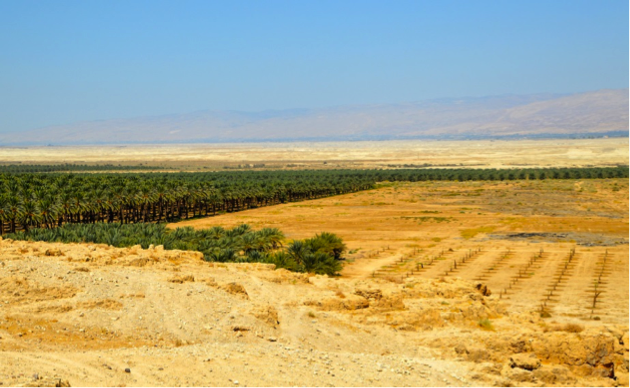 Irrigated Israeli settlement date farms next to water-deprived Palestinian land. The lack of recognition of Palestine has left Palestinians vulnerable to illegal appropriation of land and resources like water. Photo: Vivien Sansour

Recognition may not block further construction. But it can reduce the anxieties and imbalances that are inherent in the negotiations. Meron Benvenisti, who was Teddy Kollek’s Deputy Mayor of Jerusalem in the 1970s, described Israeli-Palestinian relations as being "between a horse and its rider". Whether between an occupier and the occupied, or a suppressor and the suppressed, Israelis and Palestinians are extremely unequal adversaries. Recognition could help by supplying some balance towards a more fruitful outcome.

Without external intervention, the chances that negotiations can ever be concluded are nil. This prospect is extremely dangerous for the future of Israel and can only lead to more wars and destruction. The wars in Gaza have led many in the world to question the actions and intentions of Israel. Such sentiments are growing in friendly countries that helped to construct, maintain and support Israel, countries that believed Israeli claims of "temporary occupation". Israel is losing its legitimacy even among its closest friends. Recognition of Palestine by Israel's closest allies will push Israel to realise that it must set a time limit for ending occupation and for the creation of a contiguous Palestinian state with East Jerusalem as its capital. Further construction of settlements will only increase suspicion that Israel intends to annex a large part of the West Bank.

The moral situation is no less harmful for Israel than the political one. Settlers have a very different legal status from that of Palestinians. There are clear similarities between some 200 Palestinian separate "homelands" (Areas "A" and "B" in the West Bank, with 2.5 million Palestinians) and the Bantustans of South Africa. The piles of rubble that block entrances from villages to the main roads, Israeli military control of movement by roadblocks and checkpoints, the limitations on the use of land and of water for personal or agricultural purposes – all demonstrate the true character of the current "separation policy" by the government of Israel in the West Bank.

Separation between 350,000 settlers and 250,000 Palestinians is no less visible even in Area "C" (60% of the West Bank), which is under full Israeli control. Some of those Palestinians, in the Jordan valley and in the south of Mount Hebron, have been pressured by settlers and forced by the Israeli military to leave, so that Area "C" will be ready for full annexation. Although there are no signs saying "only Israelis allowed" or "no entrance for Palestinians", restrictions are clearly enforced by barriers, fences, walls, or armed soldiers. It is now up to the European Union and others to secure the future of Israel as a democratic state, as it should and must remain. Those who really care for Israel should raise their hands in support of recognising Palestine and should not be deterred by the pressure and warnings of Netanyahu's government, which is captive to the religious-nationalist settlers and their supporters. Further steps may be required in the future, to protect and benefit Israel’s democracy and to confront those who are currently undermining it.

Amiram Goldblum is Professor of Pharmaceutical Chemistry at the Hebrew University of Jerusalem. He is co-founder of a new Israeli NGO: Shivion (Eng: Equality) - The Organization for the prevention of racism and apartheid in Israel.

“Once again, violence has been spiralling out of control… It is easy to be distracted by dramatic events from the underlying issues that help to provoke them.”Our Senior Middle East Analyst Nigel Pearce explains why the issue of planning control s