Youth voices in the climate negotiations: a reflection from Lima, Peru

Timothy Damon is an American Youth Delegate to the UN Climate Convention at SustainUS attending the COP20 in Lima, Peru. Here he describes how difficult it is for the young to be heard in negotiations.

As I enter the second week of climate negotiations at the 20th Conference of Parties (COP20) here in Lima, Peru, it is valuable to reflect on how youth have been able to engage in this process so far. We have achieved the beginnings of success, but the situation here can change dramatically in just moments.

Will we be able to defend our gains in order to meet our expectations for this COP and beyond?

I am working with a group of international youth who fight each day to have our – young people's – voices heard in the negotiations. This endeavour is very challenging, since as members of civil society we do not actually have a seat at the table. Even though it is our future at stake in these talks, we must find a party willing to support our ideas behind the doors that are closed to us. 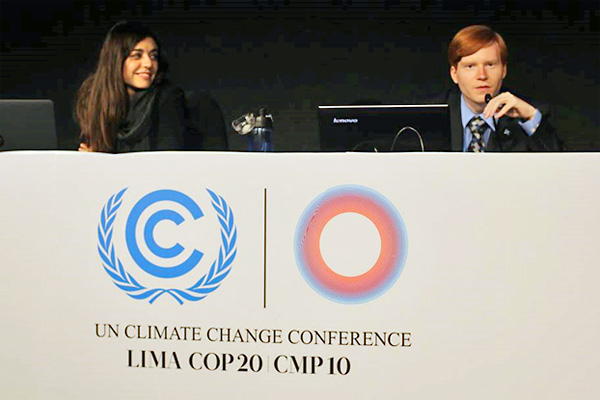 The process of being heard involves two tactics: we stage small actions around the conference venue to generate publicity, while also directly lobbying key negotiators to gain support for our proposed text. For us, this text aims to have intergenerational justice recognised and implemented in the 2015 agreement. Some parties, like Chile, are very receptive and willing to help; others seem to fear the demands youth are making for them to take more ambitious action on climate change. Saudi Arabia, for example, promptly blocked the text Chile put forward on our behalf. It’s painful to watch this unfold from the sidelines.

Our blocked text was simply a reference to “intergenerational equity” (a close variant on “justice”).

Last year in Warsaw, parties were willing to adopt a reference to “future generations”, though this language is far weaker than what we need. We aimed to build on this by proposing text at COP20 that would actually implement intergenerational justice tangibly into the agreement. Without such a means of implementation, the concept is just another nice phrase for our leaders to use in their speeches. Youth need actions, not words. 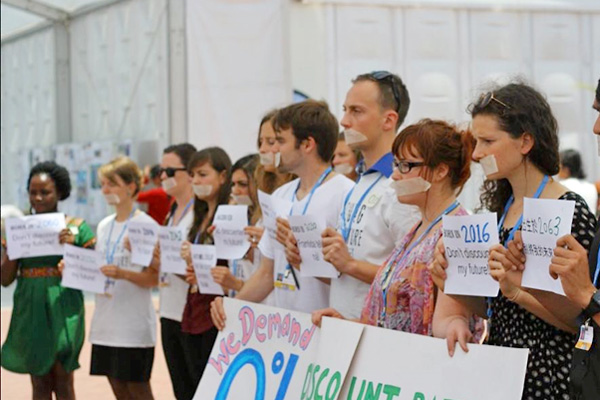 One of our main points deals with how value is assigned to the future in the cost-benefit analysis of climate change. It’s rather technical, but is elaborated further in this article we published for Warsaw. Ultimately, we want to prove the economic case for sustainability and ambitious climate action by infusing intergenerational justice into decision-makers’ economic thinking. This proposal, a winner in MIT’s 2014 Climate Colab, outlines a way to achieve that goal through education.

It is hard to tell how the rest of the negotiations will play out, but I know that regardless of the outcome youth will keep striving for justice, not only for us, but for future generations as well.

Courage: the vital ingredient for a successful climate conference

Nicolas Hulot, Special Envoy of the French President for the Protection of the Planet, makes a plea to delegates to take bold steps for climate change.

How can young people join in the debate about climate change?

"When we're destroying the globe, you are the ones who will inherit it. Don't let politicians get away with it!"
On 16 October, Kofi Annan and Mary Robinson spoke on climate and ethical leadership with arctic explorer and environmental campaigner Parker