Home

Who we are

The Elders

Gro Harlem Brundtland

First woman Prime Minister of Norway; former Director-General of WHO; a medical doctor who champions health as a human right; and put sustainable development on the international agenda.
Meet The Elders  Download Bio 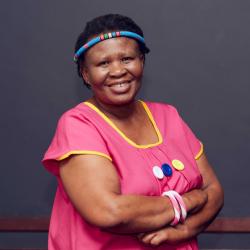 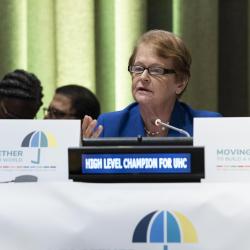 To build a fairer world, healthcare for all is essential 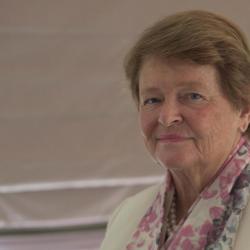 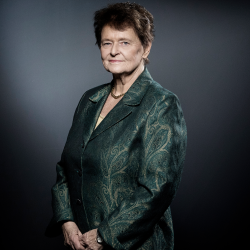 It is imperative that we do everything in our power to defend and uphold the importance of global multilateral cooperation for the sake of our common future and our security.

“For girls and women, the great progress we have made over the last few decades is not enough. Until all of us share the same opportunities – to get an education, to work, to lead – we can never truly prosper."

“Economies are stalling. Ecosystems are under siege. Inequality – within and between countries – is soaring. These afflictions are clearly rooted in political short-sightedness, where narrow interests triumph over common interests, common responsibilities and common sense."

Health as a human right

“There can be no real growth without healthy populations. No sustainable development without tackling disease and malnutrition. No international security without assisting crisis-ridden countries. And no hope for the spread of freedom, democracy and human dignity unless we treat health as a basic human right.”

First woman Prime Minister of Norway and former Director-General of the World Health Organization; a medical doctor who champions health as a human right and a leading advocate on global preparedness for pandemics; put sustainable development on the international agenda.


Director-General of the World Health Organization

Appointed Co-chair of the Global Preparedness Monitoring Board (GPMB)


We are individuals who are speaking without any outside pressures. In that context we can create the potential for change.

Gro Harlem Brundtland is a founding member of The Elders. With decades of experience as a global leader in public health and sustainable development, she served as Deputy Chair from May 2013 to August 2018 and assumed the role of Acting Chair following the death of Kofi Annan in August 2018, until Mary Robinson’s appointment as Chair in October 2018.

During her many years as an Elder, Gro Harlem Brundtland has met with numerous world leaders including President Ramaphosa of South Africa in 2019; President Macron of France and President Jokowi of Indonesia in 2017; President Vladimir Putin and former President Mikhail Gorbachev in 2015; and several visits to the UN to meet with Secretary-General António Guterres and other senior UN officials.

Dr Brundtland frequently speaks out on the need to invest in health systems to ensure resilience to epidemics. In September 2019, she addressed the UN High-Level Meeting on Universal Health Coverage in New York, calling on world leaders to deliver UHC through publicly financed primary health care-led reforms.

Dr Brundtland has also taken part in a number of Elders’ delegations to Israel and Palestine to support the peace process and the two-state solution; has travelled several times to Myanmar to meet with leaders, civil society representatives and ethnic minority groups to encourage peace and address the ongoing violence; and joined an Elders’ delegation to North Korea in 2011 to discuss security, health and a looming food crisis with North Korean officials.

‘Mother of the nation’

After spending 10 years as a physician and scientist in the Norwegian public health system, Gro Harlem Brundtland was appointed Prime Minister for the first time in 1981. Aged 41, she was both the youngest person and the first woman to hold the office in Norway.

She served for more than 10 years as Prime Minister over three terms until 1996, during which time women’s representation in government significantly increased. A popular leader, Dr Brundtland is affectionately known by Norwegians as ‘Landsmoderen’ or ‘mother of the nation’.

Few people have had an impact on society as profound as Dr Brundtland. As Norway’s Environment Minister from 1974 to 1979, she began to realise her vision of extending health beyond the confines of the medical world into environmental issues and human development. From 1983, as the Chair of the World Commission of Environment and Development (known as the Brundtland Commission), she put sustainable development on the international agenda with the Commission’s landmark report Our Common Future in 1987.

A Medical Doctor and holder of a Master’s Degree of Public Health, both from Harvard University, Gro Harlem Brundtland served as Director-General of the World Health Organization from 1998 to 2003, gaining recognition for successfully negotiating an agreement on tobacco control, increasing access to life-saving drugs, working towards polio eradication and promoting awareness of the links between poverty and disease. Dr Brundtland also played an important role as Director-General of the WHO during the SARS outbreak in 2002 and the subsequent development of the International Health Regulations. Dr Brundtland’s work also includes:

Gro Harlem Brundtland is a globally recognised voice on tackling global issues of global health and sustainability, but also gender inequality, nuclear disarmament and non-proliferation and supporting multilateralism. She is a member of the Council of Women Leaders, alongside her fellow Elders Mary Robinson and Ellen Johnson Sirleaf. Her work also includes: