Home

Who we are

The Elders

Hina Jilani 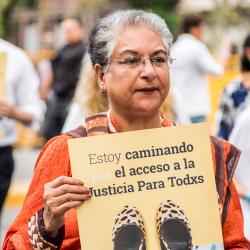 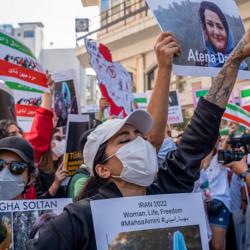 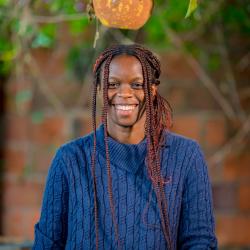 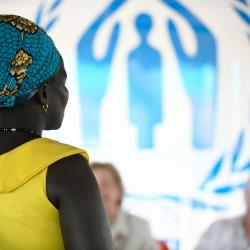 Nobody brings about change single-handedly. There are many people who are legendary, who have influenced events in the world, but behind them there is always a collective effort.

“I always had this feeling that if you see injustice, you have to speak out against it; otherwise you are not in a position to complain.”

At the heart of Pakistan’s women’s movement

“We have got to keep challenging the social norms that keep women down; we must name injustice wherever we see it.”

Appointed Advocate of the Supreme Court of Pakistan

Appointed co-chair of the Taskforce on Justice



If today there is still a commitment towards human rights and a recognition of these rights as a universal value, it is because of human rights defenders.

Hina Jilani has been a member of The Elders since 2013. Together with The Elders she has travelled to Myanmar, France, Thailand, Argentina, South Africa, Saudi Arabia, and several visits to the US and the UN in New York.

She has participated in world conferences – from the Munich Security Conference in 2017 to the Women Deliver Conference in Denmark in 2016 – and has spoken at numerous high-level events about ensuring access to justice, achieving gender equality and the importance of civil society as well as the need for an effective multilateral institutional framework that respects human rights.

Hina Jilani is especially passionate about women and girls’ rights and women’s role in justice and peace-making, defending human rights defenders and the fair treatment and protection of refugees.

A renowned lawyer and civil society activist, Hina Jilani has dedicated her life to fighting for human rights and democracy in Pakistan and around the world.

“We were growing up in an environment in which we saw injustices happen and our home taught us never to turn away when we saw it,” Ms Jilani says about her upbringing with a father who spent long spells in prison for criticising Pakistan’s military dictatorship. This early exposure to injustice sparked a lifelong commitment to agitating for social change, whether out on the streets or inside the courtroom.

After qualifying as a lawyer, Hina Jilani established Pakistan’s first all-women law firm in 1980, followed by Pakistan’s first legal aid centre in 1986. She has conducted many landmark cases setting new standards for human rights in Pakistan, with a particular focus on the rights of the most vulnerable sections of society, such as women, minorities, children, and prisoners – including political prisoners. She was appointed Advocate of the Supreme Court of Pakistan in 1992.

At the heart of Pakistan’s women’s movement

In 1980 Hina Jilani founded the Women’s Action Forum – a pressure group set up to campaign for women’s rights and challenge Pakistan’s discriminatory laws. Enduring harassment, beatings and arrests as a result of their activism, the group’s members continued to fight for democracy in Pakistan.

Ms Jilani was also among the founders of Dastak, a shelter providing free legal counsel and support to victims of gender-based violence. A vital refuge for women fleeing abusive marriages, child marriages and honour killings, the organisation has worked to raise awareness on human rights and the protection of women since its establishment in 1990.

Hina Jilani’s work in Pakistan has made her a target of hostile propaganda, arrests and abuse. Yet, despite repeated threats and intimidation, she continues to live in Lahore, working tirelessly to mobilise civil society and promote human rights.

Hina Jilani was one of the founders of the Human Rights Commission of Pakistan. Established in 1986, the Commission has branches throughout the country and is today the most important national body for the monitoring of rights violations.

In 2000 she became the first Special Representative of the UN Secretary-General on Human Rights Defenders, and for the next eight years worked to empower and protect rights defenders worldwide. During her tenure she identified common themes in the treatment of human rights defenders, including the culture of impunity; intimidation and lack of security; restrictions on freedom of assembly, expression, and association; and death threats against defenders who seek justice for past crimes.

Ms Jilani has also served as:

In July 2013 she was elected to join the International Commission of Jurists. She has received a number of honours and awards, including the 2001 Millennium Peace Prize for Women, in recognition of her life-long contribution to peace-building and human rights.

In 2020, Hina Jilani was appointed to an International Commission of Inquiry into Systemic Racist Police Violence Against People of African Descent in the United States, following the killing of George Floyd. In its report issued in April 2021, the Commission said police violence against African-Americans in the US amounted to “crimes against humanity”.