Home

Who we are

The Elders

Jimmy Carter 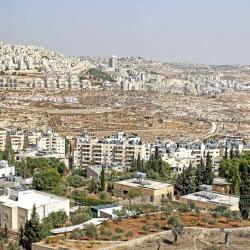 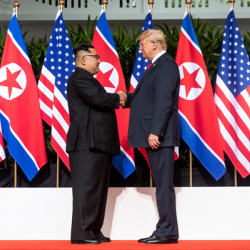 “We have the ability to represent the principles that do not change, like peace and freedom and justice. The Elders, individually and collectively, go where we please, meet with whom we choose, and say what we believe."

“We kept our country at peace. We never went to war. We never dropped a bomb. We never fired a bullet. But still we achieved our international goals."

“War may sometimes be a necessary evil. But no matter how necessary, it is always an evil, never a good. We will not learn how to live together in peace by killing each other’s children."

“Peace deals were possible in 1978 and 1993. They still are today, but time is running out and hard decisions need to be made very soon."

Founder of The Carter Center


“The abuse of women and girls is the most pervasive and unaddressed human rights violation on earth.”

A forthright and principled advocate for human rights and democracy, President Carter has been a member of The Elders since its founding in 2007. In October that year he joined The Elders’ mission to Sudan, highlighting the continuing atrocities and the displacement of millions of people in Darfur. He returned to Khartoum in May and July 2012 as part of a two-stage visit to the region to encourage dialogue between Sudan and South Sudan.

In November 2008, after a group of Elders was denied entry to Zimbabwe, President Carter expressed deep disappointment at the years of corruption, mismanagement and oppression by Zimbabwe’s leadership and called on the international community to respond urgently to the escalating humanitarian crisis in the country.

He joined The Elders’ delegations to the Middle East in August 2009 and October 2010, travelling to Israel, the West Bank, Egypt, Jordan and Syria to support efforts to advance an Arab-Israeli peace. In October 2012, he visited Israel, the West Bank and Egypt to draw attention to the imperilled two-state solution and lend support to the Egyptian democratic transition. Jimmy Carter also led The Elders' delegation to Israel and Palestine in May 2015. During the trip, The Elders continued to support the need for a two-state solution, Palestinian reconciliation and the perilous situation in Gaza.

President Carter has visited Cyprus twice, in October 2008 and September 2009, as part of The Elders’ efforts to promote peaceful coexistence between Greek Cypriots and Turkish Cypriots, and is featured in The Elders’ documentary about the search for missing persons on the island which was launched in London in 2011.

In April 2011, he led an Elders’ delegation to the Korean Peninsula and China with the aim of contributing to easing tensions between North and South Korea – still officially at war with each other for more than 60 years – and drawing attention to the humanitarian crisis in North Korea.

At the UN General Assembly in New York in September 2011, Jimmy Carter together with Desmond Tutu, Mary Robinson, Lakhdar Brahimi, Gro Harlem Brundtland and Martti Ahtisaari launched The Elders’ initiative on child marriage and the Girls not Brides campaign.

President Carter’s deep engagement in conflict resolution led him to travel to Washington D.C in July 2013 with an Elders’ delegation to meet relevant US political leaders to discuss the situation in the Middle East. Moreover, in September 2013, he visited Myanmar with Gro Harlem Brundtland and Martti Ahtisaari where they met with leaders and civil society representatives involved in supporting the peace process with ethnic minority armed groups and addressing ongoing violence in Rakhine state.

In April 2014, together with his fellow Elders Hina Jilani and Mary Robinson, Jimmy Carter travelled to Paris to hold a public discussion with young people and activists on climate change at Sciences Po university.

In June 2016, President Carter stepped down from his front-line role as a member of The Elders. Praised by Chair Kofi Annan for bringing "the gravitas of his Presidential office but also the passion of an activist…”, he remains an Elder Emeritus.

Jimmy Carter trained and served as a naval officer but when Carter’s father died in 1953, he resigned his naval commission and returned to Plains, Georgia, to operate his family’s seed and farm supply company.

He quickly became a prominent community leader, serving on several county boards before being elected to the Georgia Senate in 1962. In 1971, he became Georgia's 76th Governor.

Jimmy Carter was elected President of the United States of America in 1976, serving from 1977 to 1981. He aspired to make the US government “competent and compassionate”, responsive to the American people and their expectations.

During his time in office, President Carter became known as a champion of human rights and a peace-maker in international affairs. He negotiated the 1978 Camp David Accords and peace treaty between Egypt and Israel. He also negotiated the Panama Canal treaties in 1977, established US diplomatic relations with the People's Republic of China, and negotiated the SALT II treaty with the Soviet Union – a long-term, comprehensive agreement limiting the development of nuclear weapons.

In 1982, President Carter became University Distinguished Professor at Emory University in Atlanta, Georgia, and founded The Carter Center. Under his active guidance, this non-partisan and non-profit organisation works to resolve conflicts, advance democracy, protect human rights and improve health in over 70 countries.

Among other achievements, the Carter Center has reduced the incidence of Guinea worm disease by more than 99 per cent, making it likely to be the second disease in history to be eliminated. It has also observed 83 elections in 34 countries to help establish and strengthen democracies. In January 2011, Jimmy Carter was joined by his fellow Elder Kofi Annan to lead the Carter Center observation mission on South Sudan’s independence referendum.

Jimmy Carter received the Nobel Peace Prize in December 2002 for “his decades of untiring effort to find peaceful solutions to international conflicts, to advance democracy and human rights, and to promote economic and social development”. He is the only US President to be awarded the Prize after leaving office.