“It is ambitious to say that we can end child marriage by 2030, but I am convinced it is possible.” Writing for Impatient Optimists, Gro Harlem Brundtland argues that including an end to child marriage in the UN’s new development goals would do much to empower girls, provide them with opportunities and ensure their well-being.

The launch of the Millennium Development Goals (MDGs) was an exciting time for those of us working in global development. Back in 2000, I was Director-General of the World Health Organization and shared the enthusiasm for these eight ambitious goals aimed at lifting the world’s poorest out of poverty.

As I reflect twelve years on, we’ve done well: fewer children are dying before the age of 5; HIV transmission rates are down; and more people have access to safe drinking water.

But there was one glaring omission in the MDGs: the adolescent girl. Child health goals, for example, focused on infant children and the goals related to maternal health did little to reflect the needs or circumstances of adolescent girls.

Why does this matter? Healthy, educated girls raise healthy, educated children. They are more likely to play an active role in their community, they earn more money and are more able to lift them and their families out of poverty.

We cannot hope to make strides into tackling global poverty if we overlook the adolescent girl. As the deadline for the current MDGs approaches any new goals must establish targets that ensure her welfare. And in my mind, there is no clearer indicator of the well-being of adolescent girls than child marriage.

In my view, any new development goals must include child marriage as a measurement of girls’ welfare. A country’s rate of child marriage is a clear indicator of the status of girls as well as its wider development. And, crucially, it is measurable.

We know, for example, that every year an estimated 14.2 million girls are married before they turn 18. If we don’t address this problem, 142 million more girls will marry as children by 2020. Holding countries accountable for their rate of child marriage can help local civil society organisations, governments, international institutions and donors track a country’s development.

If we look at our progress on the current MDGs, it is clear just how much child marriage perpetuates poverty and ill-health:

The harmful effects of child marriage are not limited to the girls themselves. When a girl is married, she is deprived of the opportunities – educational, social and economic – that would allow her to lift her family and her community out of poverty. The impoverishment is passed down the generations: girls who marry young are more likely to be poor and to remain poor, trapping their children in the cycle of poverty as well. Gro Harlem Brundtland and her fellow Elders listen to the story of a woman married as a young girl, in Amhara, Ethiopia, June 2011

My vision for 2030: a world free of child marriage

It is ambitious to say that we can end child marriage by 2030, but I am convinced it is possible. My fellow Elders and I have seen first-hand the positive work being done in communities where child marriage has traditionally been the norm.

Together with Desmond Tutu and Mary Robinson, I travelled to Amhara, Ethiopia, where we met several women who had been married as young as 8 or 10. However, thanks to the Berhane Hewan project – in which girls are encouraged to delay marriage and stay in school – the incidence of child marriage declined in the project area. In 2005, the percentage of women who had been married as children was 74 per cent. In 2011, just six years later, the figure declined to 56 per cent.

As Elders we established Girls Not Brides, a global partnership of more than 200 non-governmental organisations across 40 countries. Members come from a diverse background: some work to defend human rights, some to ensure maternal health, others to enable girls to stay in school. That they have come together to tackle the common challenge of child marriage underlines why it is such a solid indicator of the welfare of girls and women.

If we capture child marriage within the new development goals, we can build a new cycle of empowerment and opportunity: when girls marry as adults, they are much less likely to marry off their own daughters as children. It is possible to stop child marriage from one generation to the next.

As we ask what we want for 2030 and the next development framework, we need to be strategic and think of what can really make a difference. The eradication of child marriage will have long-reaching repercussions – the number of educated girls will increase, maternal health will improve and the poverty cycle will be broken.

We know that when there is a will, there is a way; change can happen quickly. That is why my fellow Elders and I believe that our shared vision is possible: a world free of child marriage by 2030. 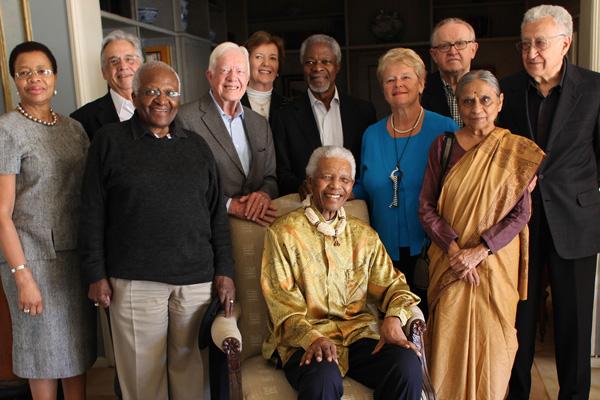 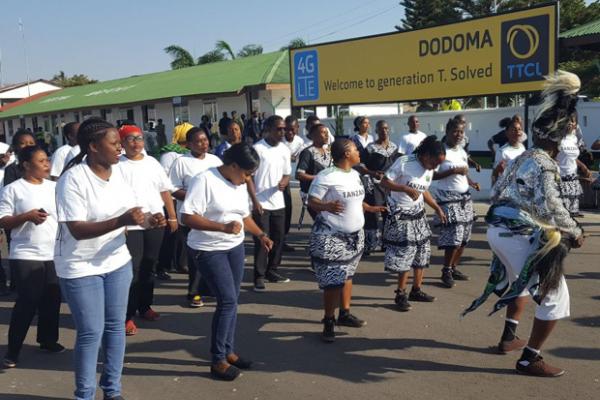