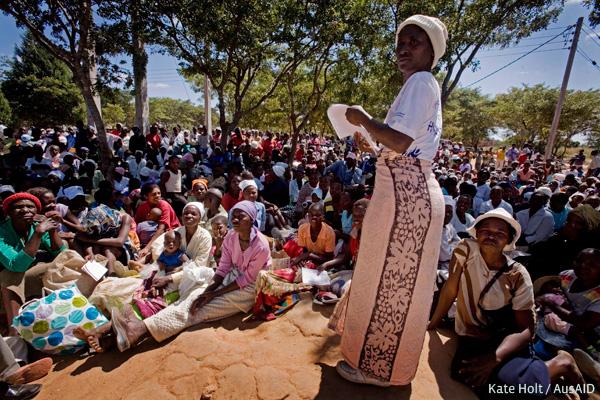 Ahead of the 36th SADC Summit, Kofi Annan, Archbishop Desmond Tutu, and Graça Machel call on attending heads of state to support a successful and inclusive transition in Zimbabwe.

“We firmly believe that a successful transition is vital not only for Zimbabwe but also for the region..."

The Elders have called on the heads of state of the Southern African Development Community (SADC) to consider how they can support a successful and inclusive transition in Zimbabwe that will return stability and growth to the country.

Writing to SADC member states ahead of the regional group’s summit in Swaziland later this month, The Elders noted that Zimbabwe is “on the verge of an important transition” which, if handled well, could lead to a peaceful and democratic change of leadership and a renewed focus on social and economic development.

The letter was co-signed by Kofi Annan, Chair of The Elders, Archbishop Desmond Tutu, former Chair, who is now an Honorary Elder, and Graça Machel, the co-founder of The Elders with her late husband, Nelson Mandela.

“We firmly believe that a successful transition is vital not only for Zimbabwe but also for the region […] we are also convinced that, if the transition process is to succeed, it must be inclusive, transparent and framed in the national interest,” the three Elders wrote. The Elders believe the upcoming summit is an important opportunity to reflect on how best SADC can help Zimbabwe manage the complex challenges ahead.

The women of Zimbabwe making history

Mary Robinson recently made a five-day visit to Zimbabwe with several eminent African women leaders. While there she witnessed an historic agreement by the women of all parties to work together.

In a radio interview with the BBC, Jimmy Carter argues that Zimbabwe's neighbours have not been forceful enough in demanding action from President Robert Mugabe.

The Elders: Zimbabwe is failing its people

The Elders present the results of their 3-day assessment of Zimbabwe's humanitarian situation and recommend the formation of a truly inclusive government, as well as international donor support, to tackle the crisis.