International diplomacy surrounding the Israeli-Palestinian conflict has not been able to confront the issue of Gaza, preferring to postpone it until a broad two-state solution can be negotiated. And the US in particular has treated the 'peace process' as something that should be handled carefully by itself and by the parties themselves, resisting the role of other mediators and hostile to invocations of international law and international organisations. But it is now clear to even the most optimistic observer that the 'peace process' explicitly aimed for fifteen years at a two-state outcome has come to a full stop. 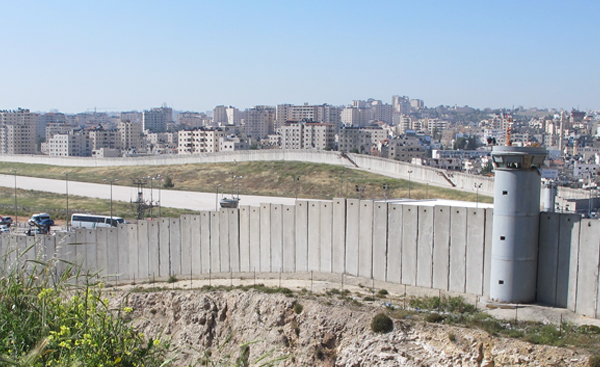 Of course, two-staters have always recognised that there were many who questioned the desirability of this outcome and many more who doubted it would happen. Their retort was that other solutions are unrealistic. But now the shoe is on the other foot: a two-state solution is wildly impractical; while it sounds good in theory we have seen enough of what it would look like in reality to know that it would likely codify existing injustices rather than resolve them.

"In order to avoid simply entrenching existing realities more deeply, political concerns should be mixed with humanitarian ones."

Worse, the 'peace process' has enabled rather than overcome a set of security arrangements, and allowed the mushrooming of settlements that have led to Palestinian despair and induced Israel to ensnare itself in a reality that is workable now but offers a very unattractive future of institutionalised racism, militarism, and international ostracism to the current generation’s grandchildren. Quiet conversations are taking place among Israelis and Palestinians—and sometimes even between them—on alternatives.

But to expect those same actors who failed at two-state diplomacy to fixate on an alternative resolution immediately is unrealistic. Thus, if there is now a contribution for international actors to make, it is to guide the parties to thinking about alternatives—and to do so without hurting each other. They can help point dynamics in a healthier direction by shelving the idea of an immediate solution for now and concentrating on the lives of people who have been ignored (such as those in Gaza) and arenas that have been devalued (international organisations and legal mechanisms). 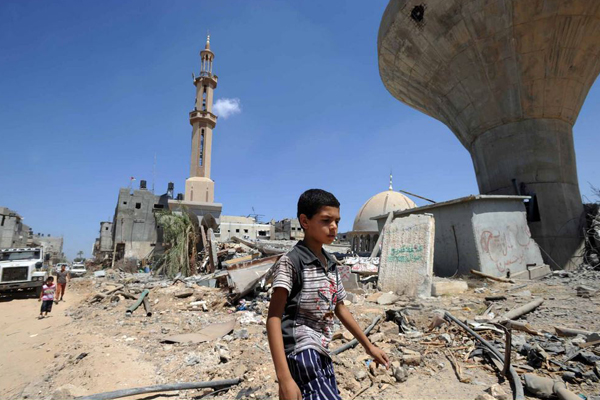 First, outsiders can lead an approach that starts not with conflict-ending diplomacy, but with Gaza, still suffering from a level of economic isolation that began over two decades ago and has grown extremely strict, and reeling from the effects of last summer’s brutal fighting. One of the largest obstacles to such an approach is the fear that it would entrench Hamas—as if isolation had not resulted in the entrenchment in the first place. A set of workable arrangements among Egypt, Israel, and the two halves of the Palestinian leadership (Hamas and Fatah) would lead to reconstruction in Gaza, alleviate horrendous conditions, and allow diplomatic movement to begin breaking the current logjam.

In order to avoid simply entrenching existing realities more deeply, political concerns should be mixed with humanitarian ones. A set of arrangements that pries open the close Palestinian political environment in both the West Bank and Gaza and rebuilds linkages between them—perhaps focusing on local elections, freeing civil society from current shackles, encouraging political openness, and re-linking governing and popular structures in the West Bank and Gaza—can provide the basis for the emergence of a revived Palestinian political leadership, responsive to the population it purports to lead. Of course, such political efforts might fail, and in that case, we would have nothing to show for them—except an alleviation of Gazan suffering.

"Israel forgets how much protection it has from international law as a recognised state. And Palestinians treat 'international legitimacy' as totally in their favour; they may be in for a set of rude surprises."

Second, outsiders can lead an effort to take international law and international organisations seriously. Specifically, that means that moving the conflict to the rich set of international mechanisms designed to manage and resolve conflicts should be regarded as a good thing. Repeating the mantra that the two parties should settle the conflict directly without the involvement of international bodies or international law has been an Israeli tactic abetted by the United States for decades—and it is an unrealistic to expect Israel to want anything else: when Israelis and Palestinians face each other directly without anything other than a negotiating table between them, Israel holds most of the cards.

But it is a short-sighted strategy as well, since it leads to Palestinian mistrust, zero-sum thinking on both sides, and human rights violations, some of which seem the product of thoughtlessness as much as design. Israel forgets how much protection it has from international law as a recognised state. And Palestinians treat 'international legitimacy' as totally in their favour; they may be in for a set of rude surprises. Overall, a conflict that was fought out in accordance with the principles of the UN Charter, the Geneva Conventions, and human rights instruments would impose real burdens and obligations on all parties—but ones that serve the long-term interests of all.

These suggestions might seem like the product of daydreaming—and indeed they may have been a decade ago. Today there are signs that the parties themselves are moving in this direction and talk of 'reassessment' has even begun in the United States executive branch. That is good news. After a generation of subordinating so much to the priority of the peace process, it seems that the point of negotiations was … allowing a new round of negotiations.

Nathan J. Brown is professor of political science and international affairs at George Washington University and nonresident senior associate at the Carnegie Endowment for International Peace.