Lowering the marriage age: a step in the wrong direction 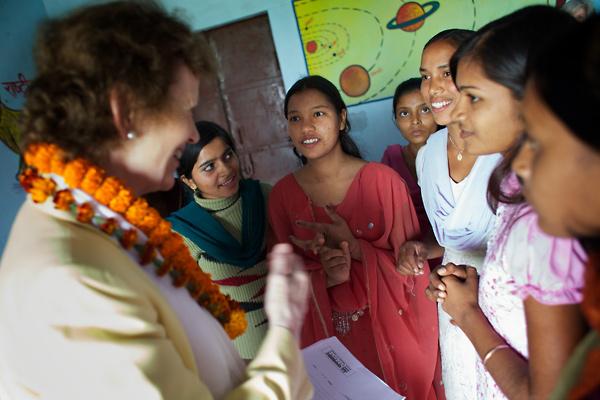 “Such a change in legislation would undermine efforts to reduce poverty and improve the welfare of girls and women across Bangladesh.” In an open letter to the Prime Minister of Bangladesh, Kofi Annan warns of the dangers of lowering the minimum age of marriage for girls.

The Prime Minister, Sheikh Hasina, previously pledged that her government would eradicate the practice.

Adding his voice to the outcry in Bangladesh and the rest of the world, Kofi Annan has addressed an open letter to Sheikh Hasina to urge her to maintain the minimum age of marriage at 18 for girls.

Writing on behalf of The Elders, Mr Annan praises her government for committing to end child marriage. But he warns that lowering the age of marriage for girls would be “a step in the wrong direction” that would “undermine efforts to reduce poverty and improve the welfare of girls and women across Bangladesh”, with particularly harmful effects for maternal and child health.

“Girls who are married and out of school do not contribute to Bangladesh’s economic development and prosperity, perpetuating cycles of poverty”, he adds. For more information on child marriage in Bangladesh, view this fact sheet on the Girls Not Brides website.

I write on behalf of The Elders, a group of independent leaders working together for peace and human rights. We commend you for the commitments you made to address child marriage in Bangladesh in July of this year at the inaugural Girl Summit, and for hosting a Bangladesh Girl Summit in October. By ending child marriage, there is little doubt that Bangladesh will achieve a healthier, safer and more prosperous future for all its citizens.

We were concerned, however, to learn that the Cabinet has recently approved language in the draft Child Marriage Restraint Act 2014 to lower the minimum age of marriage from 18 to 16 years for girls. Such a change in legislation would be a step in the wrong direction as it would undermine efforts to reduce poverty and improve the welfare of girls and women across Bangladesh. We urge you to maintain the minimum age of marriage for girls at 18 years of age.

Child marriage is a major violation of human rights that holds back girls, their families and their communities. The practice has impeded the achievement of six of the eight Millennium Development Goals. Girls who are married and out of school do not contribute to Bangladesh’s economic development and prosperity, perpetuating cycles of poverty. When girls marry as children, the impact on their health and that of their family is severe. Complications in pregnancy and childbirth are among the leading causes of death in girls aged 15 to 19 in low- and middle-income countries; 90 per cent of adolescent pregnancies take place within the context of marriage. Where girls survive childbirth, they are at increased risk of injury and other complications: 65 per cent of all cases of obstetric fistula, for example, occur in girls under the age of 18. Their children, too, are more vulnerable. Deaths among babies in their first few weeks of life are 50 per cent higher among those born to mothers under 20 years of age than among those born to mothers in their 20s. Likewise, the risk of birth defects, as well as developmental delays and long-term disabilities related to low birth weight, are also higher for mothers under 20. Bangladesh has made impressive progress in improving maternal and child health over the past decade, but this progress will be hindered if the proposal to reduce the age of marriage goes forward.

In 2011, we initiated Girls Not Brides, a global partnership that has since grown to more than 400 civil society organisations working to end child marriage and enable girls to fulfil their potential. Members are based in over 60 countries, including Bangladesh. We launched Girls Not Brides in the belief that ending a problem as prevalent as child marriage can only be achieved in partnership. We encourage you to work with civil society organisations, development partners and others as you develop and resource a national action plan to end child marriage. Bangladesh has an opportunity to lead the way in efforts to address this global problem by demonstrating what can be done to end child marriage and secure a better future for girls.

Kofi Annan
Chair of The Elders 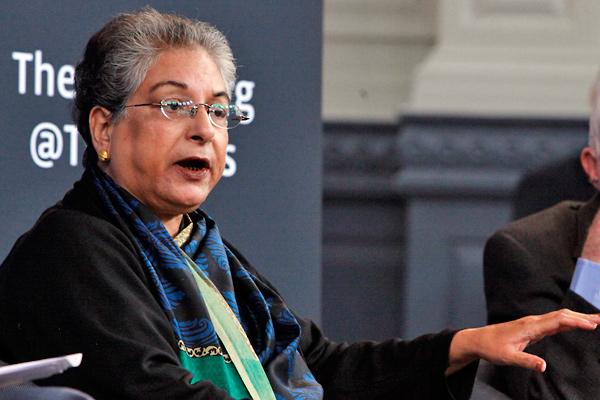 “Have the courage to take action. Society is ready to change.”
Marking the International Day of the Girl Child, Hina Jilani calls on the international community and civil society to work together to improve the lives of girls and women.

"Why is it so important to promote and safeguard gender equality? It is a matter of human rights. It is a matter of democracy. Also, it is pure common sense."
Marking 100 years of women's right to vote in Norway, former Prime Minister Gro Harlem Brundtla

Q&A: child marriage and the right to education

"Girls in secondary education are up to six times less likely to marry underage."
On Friday 11 October, people around the world will celebrate Day of the Girl and highlight girls' right to education. Read our Q&amp;A to find out why ending child marriage