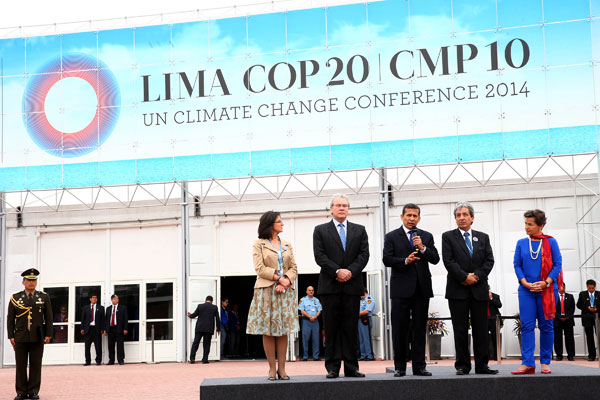 The twentieth Conference of the Parties (COP20) of the United Nations Framework Convention on Climate Change (UNFCCC) being held in Lima, Peru over the next twelve days, marks well over two decades of global negotiations to tackle the problem of human induced climate change. Significantly for me, it is also the twentieth time I will be attending a COP; each time I go with hope for a significant agreement - a hope which is sometimes fulfilled and sometimes not. My involvement in the annual negotiations is through the Group of the Least Developed Countries (LDCs) representing nearly fifty of the world's poorest countries, mostly in sub-Saharan Africa and a few in Asia. It is from their perspective that I will share some thoughts about the upcoming negotiations to be held in Lima and Paris.

In my 20 years of attending COPs, the biggest disappointment for me, and many others, was COP15 in Copenhagen, Denmark in December 2009. That conference ended in disarray and failed to agree a new protocol to replace and supersede the Kyoto Protocol, which was agreed in COP3 in 1997. After that debacle, I returned to my country Bangladesh, and set up a new International Centre for Climate Change and Development based at the Independent University, Bangladesh. There, I decided to focus on training the next generation of students, not just from Bangladesh, but from other developing and some developed countries. And even though it is poor and vulnerable to climate change impacts, it is now rapidly transforming itself to one of the most adaptive countries. So Bangladesh is really at the coal-face of tackling the reality of human induced changes.

So as we go forward with another attempt at achieving that new agreement at COP21 in Paris next December, I have a renewed sense of optimism due to a number of factors having changed since Copenhagen.

The first big difference is that we are no longer trying to wrap every little thing into one big package deal. The philosophy then was "nothing is agreed until everything is agreed". Since everything was not agreed, nothing was achieved despite the heads of government of all the key nations rolling up their sleeves and negotiating with each other in person.

The second reason for my optimism is that now China and the US are positively engaged in climate change negotiations. The failure in Copenhagen, was, in part, due to the impasse between the world's two biggest emitters of greenhouse gases. Each was accusing the other of recalcitrance which served only to stall the talks.

The recent joint statement from President Obama and President Xi in Beijing has reversed that impasse and we now have China and the US working in tandem to tackle climate change.

The third reason for greater optimism is the recent set of pledges to the Green Climate Fund (GCF) which has passed nine billion dollars; importantly, with a significant contribution from the US. In addition, China has announced a significant new fund to support South South cooperation on climate change.

My final reason is that President Obama has made climate change a defining issue for his final term in office. With the strong support of Secretary of State Kerry, it represents a significant change in the US Federal Government's attitude to getting a global agreement in Lima and Paris. 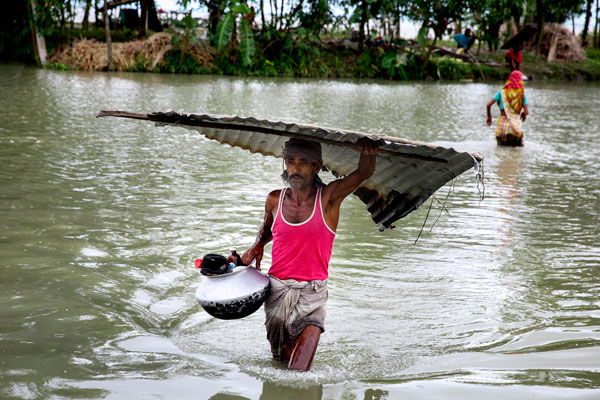 A man carries possessions as he crosses flood water from the Jamuna River in Bangladesh. Photo: G.M.B. Akash / Panos

However, despite all this optimism, here are also several factors from the perspective of the LDCs that dampen that hope.

The first is the fact that despite the excellent promises to reduce emissions of greenhouse gases made by the US, China and other countries, when added together, these commitments mean we are still heading towards nearly 4°C of global warming. In order to reach 2°C, which is what all countries have agreed to aim for, the levels of mitigation actions will have to be much more ambitious.

Whatever the outcome at COP20, the reality in Bangladesh and other Least Developed Countries, is that adverse impacts of climate change are already occurring and need to be tackled - with or without a global agreement. We don’t have time for another Copenhagen.

Saleemul Huq is the Director of the International Centre for Climate Change and Development at the Independent University, Bangladesh.