A plea for Palestinian unity

Palestinian physician, activist, and politician, Mustafa Barghouti argues that political unity between the Palestinian people must be achieved before there can be hopes for peace in the region. 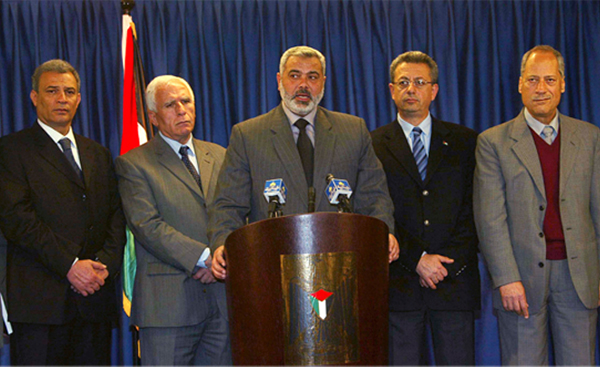 The first real democratic election in the history of the Palestinian people that took place in 2006 was perceived by many people in the region as the beginning of an Arab spring. People who had been deprived their entire lives from choosing their legislators and leaders, finally had the opportunity to do so. The results ended the one party rule and provided a strong promise of an inclusive and multiparty democratic system.

When Hamas realised that it could not substitute one version of party rule with another, the first national unity government was formed in March 2007 which created a more inclusive and pluralistic political system.

"Without a unified Palestinian leadership, that includes all the democratically elected forces, the balance of power with Israel cannot be changed in favour of a just peace and the creation of a free Palestinian state."

Unfortunately, that unity government lasted only 86 days before it collapsed under the siege and pressure from Israel as well as many regional and international governments. This led to a vicious power struggle between Hamas and Fatah and to the disastrous split between the West Bank and Gaza.

It also led to the elimination of the role of the Palestinian Legislative Council which then meant the disappearance of the principle of separation of powers. Since then Palestinians have been ruled internally by two different executive structures who have, concentrated in their hands, the executive, legislative and judiciary powers.

To add insult to injury, these two structures continued to live under the overriding power of the Israeli occupation which does everything it can to keep them divided.

There are four main reasons why this intolerable situation should change.

First, the creation of an independent Palestinian state will never be possible without the unity of West Bank and Gaza to prevent the 'Bantustanisation' plan that the Israeli government is enforcing to maintain occupation and prevent a two state solution.

Without a unified Palestinian leadership, that includes all the democratically elected forces, the balance of power with Israel cannot be changed in favour of a just peace and the creation of a free Palestinian state. The Palestinian legitimate struggle for freedom and dignity will never succeed without such unity.

Second, the continuation of the internal division is destroying any chance of democratic development. It has already led to an authoritarian model of governance where freedoms including freedom of political organisation and political expression are suppressed. Civil society is suffering from continuous and increasing intrusion of the executive authorities. Young people feel alienated from political and social involvement and participation. The people of Palestine suffer from this situation because they have been deprived of the right of regularly electing their leaders and representatives. The internal division is killing the hopes for a pluralistic, democratic, vibrant and effective system of governance.

Ending this division has become the most important precondition for Palestine to become a whole participatory democracy.

"Most important we need unity to give back hope to our people."

Third, development. No serious development of the Palestinian economy and society can take place without ending the division between the West Bank and Gaza. Ending the cruel siege on Gaza requires unity. A viable economy is impossible without Palestinian territories of the future state being together.

And fourth, unity is an important condition for the social development of a healthy and independent Palestinian society that is self reliant, less dependent on foreign aid and immune to external political interventions and manipulations. Palestinians are sick and tired of other forces’ and governments’ abuse of the Palestinian tragedy for their selfish interests.

Most important we need unity to give back hope to our people. We need it to give the younger generation a positive perspective on the future. We need it in order to promote the right values consistent with human and social rights, the status of women, a modern and effective education and the ability to accept each other regardless of our differences without discrimination or prejudice.

We need unity so that we can end the misery we live in and give our people hope for a peaceful, prosperous future.

The Elders met with Mustafa Barghouti on their visit to Israel & Palestine, April 2015.