"The UN has to change – its present arrangements are neither normal nor reasonable." 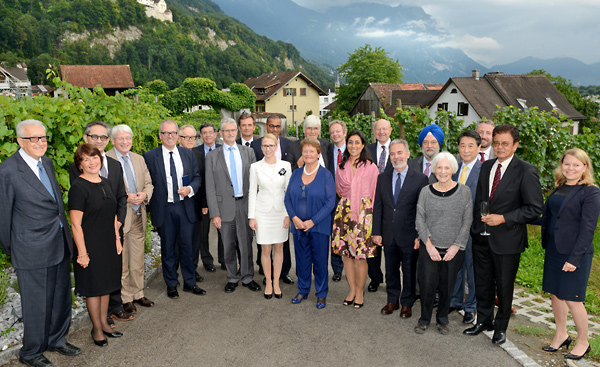 Vaduz – The Elders met in Liechtenstein on 5-6 September at the invitation of Foreign Minister Aurelia Frick to discuss proposals on strengthening the United Nations in its 70th anniversary year to ensure it remains “fit for purpose”.

Gro Harlem Brundtland, Deputy Chair of The Elders, led the delegation together with Lakhdar Brahimi and Martti Ahtisaari, and held wide-ranging discussions with ministers from Liechtenstein and other UN states, including several UN Permanent Representatives and former officials.

The discussions follow the launch of The Elders’ “Stronger UN” initiative at the Munich Security Conference in February 2015, which calls for four fundamental changes to the way the organisation operates: enlargement of the UN Security Council, a new agreement on UNSC veto restraint to prevent mass atrocities, a transparent and accountable mechanism to elect the new UN Secretary-General, and greater involvement of civil society in UN processes and decision-making. 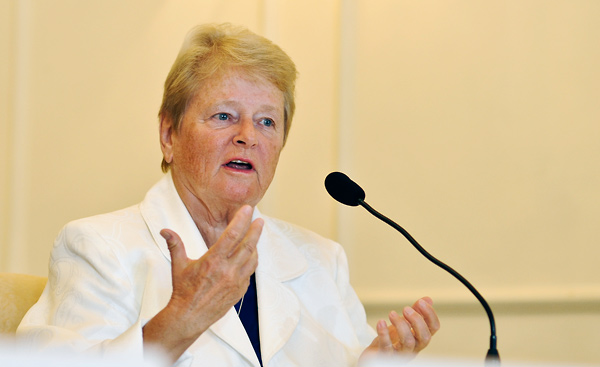 “We have held excellent and substantial discussions on all aspects of strengthening the UN with a distinguished and diverse group of experts. The constructive ideas raised and debated should prompt further informed debate at the UN General Assembly later this month.”
“We are particularly grateful to Liechtenstein for hosting this event, and for its commitment to UN reform as a member of the Accountability, Coherence and Transparency Group (ACT) and its wider foreign policy priorities.”
“The UN is a vital part of our global security and governance infrastructure but it has to change – its present arrangements are neither normal nor reasonable. We hope that discussions such as these will generate sufficient political momentum that the key players within the UN system will view The Elders’ initiative for formal consideration.”

The Elders will discuss their proposals further in New York at the upcoming UN summit on the Sustainable Development Goals and the General Assembly.