Sympathy for the migrant

“States that tighten their borders encourage desperate people to take greater risks to cross them.” Urging governments to rethink their immigration policies, Kofi Annan calls for a more compassionate approach to those seeking refuge or economic opportunities abroad. First published in Project Syndicate. The tragic fate of the several hundred Africans who drowned near the Italian island of Lampedusa in October made international headlines, leading to a rare moment of compassion and reflection about the dangers facing many migrants. But the only exceptional aspect of this disaster was the magnitude of the death toll. For Lampedusa’s residents, shipwrecks involving refugees and migrants are a common occurrence: a week later, a boat carrying Syrian and Palestinian refugees capsized off the shores of the island, leaving 27 dead.

The year 2013 demonstrated, as if any further demonstration were needed, that these catastrophes are not restricted to European shores or to the Mediterranean Sea. In November, nearly 30 Haitians perished when their boat sank on its way to the United States – the third case in the northern Caribbean since October. Along the Mexico-US border, the deployment of sophisticated border controls leads people to starve while attempting passage in the desert’s remotest stretches. Hundreds of migrants and refugees have drowned this year in the Bay of Bengal or trying to reach Australia.

Wealthy states and regions face the dilemma of designing border controls that reflect not only the needs and demands of their populations, but also their responsibility to those seeking to enter their territory. None of this is new: ever since national frontiers were invented, people have been crossing them, whether formally or under the radar. Whether they have done so in search of economic opportunities or to escape violence or environmental disasters, host countries have reacted with a mix of welcome and wariness.

States that tighten their borders encourage desperate people, exploited by cynical smugglers and traffickers, to take greater risks to cross them. As the International Organization for Migration stated shortly after the Lampedusa tragedy, implementation of enhanced border controls “did not have sufficient impact or decrease the number of arrivals to the South of Europe in the long run. On the contrary, migrants started to explore alternative and mostly dangerous routes with a frequent rate of deaths at sea.”

Of course, not all migrants are refugees or require protection. In fact, migrants on the same boat may have very different motives – what policymakers call “mixed migration.” But, faced with a complex picture, states have tended to address the flow of migrants they deem undesirable by saying, in effect, “out of sight, out of mind.” This is especially true when domestic anti-immigrant sentiment spikes, typically during economic downturns like the one that many regions currently are experiencing.

A single-minded focus on sealing borders – a particularly worrying trend in states’ approaches to migration controls today – tends to regard migrants as unwanted trespassers even before their status can be determined, their rights upheld, or their contributions acknowledged. It may also discourage people from helping the vulnerable: there are reports in the Mediterranean of private vessels avoiding migrant boats in distress for fear of being reprimanded by European border patrols.

We must recognise the desperation of those who attempt these journeys. From friends or from the media, they know what awaits them. They are aware of the risks and have heard the horror stories. Seeing their options for passage narrowing, they put themselves at the mercy of unscrupulous smugglers, often at enormous expense. They are crammed onto precarious ships that cannot bear the load. They travel at night, when neither border police nor rescue operations can see them.

Equally important, governments should view migration as a profoundly binding dimension of the human experience. Through migration, human beings share an understanding of sorrow, hope, and compassion. Indeed, this understanding has inspired some of the international community's greatest feats of solidarity, such as the 1951 Refugee Convention, which defines a person's right to find safe havens across borders.

The continuing rise in migrant deaths in transit poses a conundrum: as these migrants are pushed toward trafficking and smuggling networks, they are dragged further into the grey areas of the international community’s response. For example, the European Union’s border police do not have clear search-and-rescue guidelines for migrant ships in distress. Member states are divided on how to address this, and recent discussions in Brussels have only begun to make some progress.

As 2014 begins, the world needs clearer lines of responsibility for averting further tragedies. As an international community, we owe migrants and refugees greater compassion. Otherwise, we will continue to wake, every so often, to find a graveyard on our shores.

“My challenge today is to speak to you, South Africans, as your friend. A true friend tells you not only what you want to hear but also what you need to hear.”
Mary Robinson delivered the Tenth Nelson Mandela Annual Lecture in Cape Town yesterday. Wh

“More than ever, Sudanese refugees need the support of the international community to meet their basic needs and enjoy safe asylum.”
Cosmas Chanda, UNHCR Representative in South Sudan, gives an update on the refugee situation in South Sudan since The 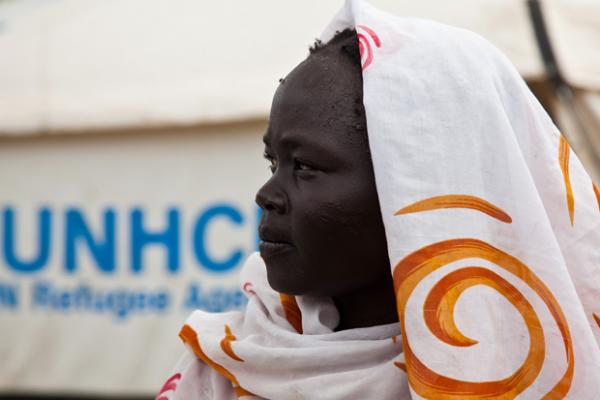