Home

Who we are

The Elders

Elbegdorj Tsakhia

Former President and Prime Minister of Mongolia who led his country’s transition to democracy after the fall of the Soviet Union. An international campaigner on nuclear disarmament and non-proliferation, climate change and democracy.
Meet The Elders  Download Bio 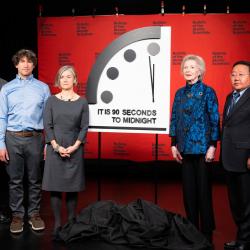 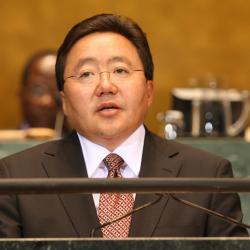 The Elders welcome Elbegdorj Tsakhia as their latest member

We should never take democracy for granted. Neither should we worship it. It must be nurtured and strengthened on a daily basis. It is our way of living, our state of mind.

“Justice and fairness is the order of the day. Every nation and government must actively contribute to the global good with its respective capability and differentiated responsibility.”

“No dictatorship lasts forever. The united will of people’s freedom will always prevail.”

“The Paris agreement is our common success. It is a result of hard work. It is also a great inspiration for all of us. It’s our bold vision and promise to our children to save the world for them. And we must deliver on this promise.”

Former President and Prime Minister of Mongolia who led his country’s transition to democracy after the fall of the Soviet Union. An international campaigner on nuclear disarmament and non-proliferation, climate change and democracy.


Mongolia declared itself a nuclear weapons-free zone. As President, Tsakhiagiin Elbegdorj played a prominent role in promoting nuclear non-proliferation and disarmament at a regional and global level.


In its efforts toward reaching a world free of nuclear weapons, Mongolia, declared a non-nuclear-weapon status 20 years ago. Now we are trying to create new actions to promote nuclear disarmament from our non-nuclear status.

President and Prime Minister of Mongolia

Elbegdorj Tsakhia is a public servant, a freedom fighter, and a policymaker from Mongolia. In 1990, he was one of the key leaders of the Mongolian Democratic Revolution and since then have continuously served Mongolia as a Member of Parliament four times, Prime Minister two times, and was elected President for two terms. Born in the isolated Western Mongolia as the youngest of eight sons from a humble traditional nomadic beginning he has worked as a machinist in a copper mine, a soldier and a journalist in the army newspaper.

Aiming to consolidate democracy in Asia, President Elbegdorj established the Asian Partnership for Democracy initiative within the confines of the Community of Democracies, the largest international organization that drives the global democracy agenda which Mongolia presided in 2011-2013. Under the chairmanship of the Community of Democracies, Elbegdorj developed a plan on promoting civil society and advocating women’s rights, particularly political rights.

Working for a sustainable future

Currently, President Elbegdorj is continuing his work to improve public policy, governance, and democracy through the Elbegdorj Institute, a think tank he found in 2008. During his tenure as President, he also focused on the impacts of climate change, air and soil pollution, the most significant public health issues in the capital of Mongolia. Through his Green Belt Foundation, he continues this work as well by bringing together multi-stakeholders to find novel solutions to these challenges. He also supports Mongolian studies and aims to achieve the United Nations Sustainable Development Goals in Mongolia successfully.