Home

Who we are

The Elders

Fernando Henrique Cardoso 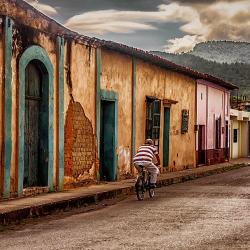 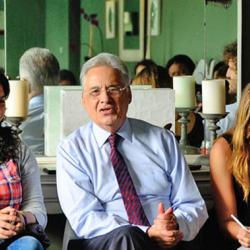 Fernando Henrique Cardoso steps down from The Elders

Who are The Elders? 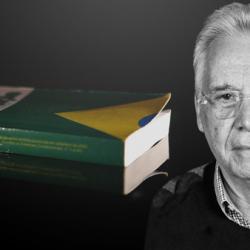 The very nature of peace-making demands dealing with those you are fundamentally opposed to. We make peace with our enemies, not our friends.

“Democracy is not just a question of having a vote. It consists of strengthening each citizen's possibility and capacity to participate in the deliberations involved in life in society.”

“You cannot say ‘women have to struggle for their rights’. No, it is a common struggle. Men have to understand that if you want democracy, the starting point is equality.”

Ending the war on drugs

“Prohibition is not the solution to the drug question. We are proposing a kind of paradigm change: instead of war, health."

Fernando Henrique Cardoso was a member of The Elders from its founding in 2007 until 2016 when he stepped down from his front-line role. Praised by then-Chair Kofi Annan for his "commitment to dialogue, democracy and development”, he remains an Elder Emeritus.

Notably, President Cardoso led the first Elders’ delegation to the Middle East in 2009 to support efforts to advance an Arab-Israeli peace – paying particular attention to the concerns of ordinary people in the region.

A strong advocate for engaging youth in social and political change, in 2012 Fernando Henrique Cardoso welcomed a group of young activists to Brazil for the Rio+20 summit as part of “Elders+Youngers” – a project promoting intergenerational dialogue on sustainable development.

Under his leadership, Brazil recorded a decline in infant mortality rates, a fall in the number of child labourers, the attainment of nearly universal primary education, a reduction in poverty levels, a drop in the number of people dying from AIDS and the resettlement of over 500,000 landless families.

In 2002, the United Nations Development Program (UNDP) named President Cardoso the inaugural winner of the Mahbub ul Haq Award for Outstanding Contribution to Human Development. Then UN Secretary-General Kofi Annan welcomed the decision, declaring: "President Cardoso’s longstanding dedication to human progress and his democratic leadership of Brazil have raised the standard by which governance can be judged throughout Latin America."

After his time in public office, President Cardoso founded the Instituto Fernando Henrique Cardoso in São Paolo. Bringing together politicians, intellectuals, civil society and young people, the institute aims to inform society about the challenges of democratic development in Brazil and the world.

Fernando Henrique Cardoso’s political activity is heavily informed by his academic work. He has a PhD in sociology and served for many years as a professor of Sociology and Political Science at the University of São Paulo (USP), where he is now a Professor Emeritus.

President Cardoso was also president of the International Sociological Association from 1982 to 1986 and continues to lecture at universities around the world. He has been visiting professor at the universities of California, Berkeley, Collège de France, Paris, Stanford, Cambridge, Paris-Nanterre, FLACSO, ILPES and CEPAL at Santiago, Chile.

In 2012 he was awarded the John W Kluge Prize for lifetime achievement in the study of humanity.

Ending the war on drugs

Between 2011-2016, Fernando Henrique Cardoso was Chair of the Global Commission on Drug Policy. The commission released a ground-breaking report in June 2011 calling for the current “war on drugs” to be replaced by a public health approach to drugs policy.

At the report’s launch, President Cardoso said: “Let's start by treating drug addiction as a health issue, reducing drug demand through proven educational initiatives and legally regulating rather than criminalising.”