Home

Who we are

The Elders

Martti Ahtisaari 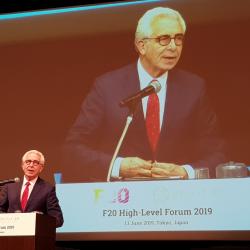 Securing a just transition to a low carbon economy 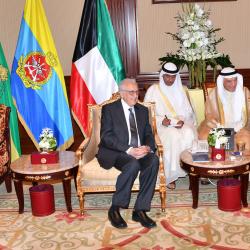 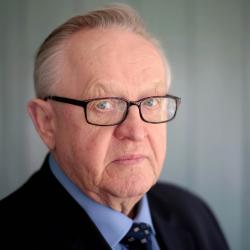 Despite our different backgrounds, The Elders share a deep commitment to a more peaceful and just world, and we hope that by speaking collectively we are stronger than when we act alone.

"All conflicts can be resolved. Wars and conflicts are not inevitable. They are caused by human beings. There are always interests that are furthered by war. Therefore those who have power and influence can also stop them. Peace is a question of will."

Member of The Elders



Wars are created by people and people can choose to end them. If the political will does exist, there is no conflict that cannot be resolved

Martti Ahtisaari was a member of The Elders from 2009 to 2018, bringing three decades of experience in international diplomacy and conflict mediation. He remains an Elder Emeritus.

President Ahtisaari was a key member of many Elders’ delegations to sensitive geopolitical states and regions, including Iran, Myanmar, North Korea, Russia, Saudi Arabia, and South Sudan, and has met with senior political leaders around the world to promote peace and reconciliation.

Martti Ahtisaari was particularly engaged with The Elders’ work on Myanmar. During a visit to the country in 2013, he met with leaders and civil society representatives involved in the peace process with ethnic minority groups. In 2014, Martti Ahtisaari and Gro Harlem Brundtland visited Mae La refugee camp and Mae Tao Clinic, on the Thailand-Myanmar border where they witnessed the resilience of those living in exile. Subsequently, they urged the international community to support an inclusive peace process. The same year, as part of an Elders’ delegation, President Ahtisaari met with government, the military and civil society representatives in Myanmar, encouraging an end to violence.

Martti Ahtisaari served as the 10th President of independent Finland in 1994-2000. His vision for Finland as an active participant in international affairs informed his campaign and time in office.

During his presidency, the Finnish and Nordic model of social justice remained of crucial importance to Martti Ahtisaari’s thinking, and he is an ardent believer and proponent of the Nordic welfare state model.

While serving as president, in 1999 Martti Ahtisaari used his extensive diplomatic experience to help end the conflict in Kosovo, successfully negotiating with Serbian President Slobodan Milošević to end the fighting in Kosovo. After his presidency, President Ahtisaari continued his work on Kosovo serving as the UN Secretary-General’s Special Envoy to Kosovo 2005-2008, overseeing the status process for the new nation-state.

Prior to his presidency, Martti Ahtisaari served as a Finnish diplomat and Ambassador and as a UN mediator.

Between 1973 and 1976 Martti Ahtisaari was Finland’s Ambassador in Tanzania. He also held several UN roles in Namibia from 1975-1990, and as UN Special Representative he oversaw the country’s transition to independence in March 1989 – and was subsequently made an honorary Namibian citizen.

From 1992-1993, as State Secretary in the Ministry for Foreign Affairs of Finland, Martti Ahtisaari chaired the Bosnia-Herzegovina Working Group of the International Conference on the former Yugoslavia, and was later Special Adviser to the UN Secretary General's Special Representative for the former Yugoslavia.

Continuing to work for peace post-presidency

After leaving office, Martti Ahtisaari continued to focus on conflict resolution. Notably, in 2005, he facilitated the peace process between the Government of Indonesia and the Free Aceh Movement that ended 30 years of conflict.