Home

Who we are

The Elders

Nelson Mandela

Former President of South Africa and Nobel Peace Laureate; a leader who dedicated his life to the anti-apartheid struggle, democracy and equality; founder of The Elders.
Meet The Elders  Download Bio 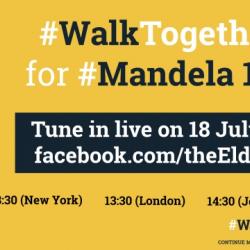 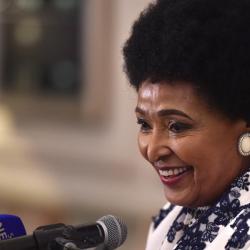 The Elders mourn the death of Winnie Madikizela-Mandela 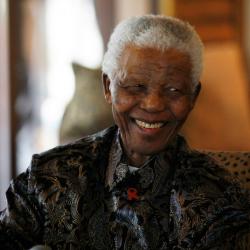 No one is born hating another person because of the colour of his skin, or his background, or his religion. People must learn to hate, and if they can learn to hate, they can be taught to love.

On his 89th birthday, 18 July 2007, Nelson Mandela announced the formation of The Elders: a small dedicated group of leaders who will work objectively, free from any vested personal interest, to help address global challenges.

Mandela's vision for The Elders

“It is so easy to break down and destroy. The heroes are those who make peace and build.”

Founder of The Elders



It always seems impossible until it's done.

Nelson Mandela founded The Elders in Johannesburg on his 89th birthday, 18 July 2007. With the help of Graça Machel and Desmond Tutu, he brought together the ‘Elders’ – independent, progressive leaders committed to building peace and advancing human rights – to work together on solutions to global problems, from climate change to violent conflict.

In his speech launching The Elders, Nelson Mandela called on the group to act as “a fiercely independent and robust force for good, tackling complex and intractable issues, especially those that are not popular.”

Nelson Mandela remained an Honorary Elder until his death in December 2013 and continues to be the inspiration behind The Elders' work.

One of the world’s most revered statesmen and perhaps the world’s most famous political prisoner, Nelson Mandela was at the forefront of the struggle against South Africa’s apartheid regime. Mandela joined the African National Congress (ANC) in 1943 and led numerous national anti-apartheid activities until his long imprisonment in 1964.

During the Rivonia trial that sentenced Mandela and many other ANC members to a lifetime in prison, he made one of his most famous statements:

After his release from prison, Mandela stepped up to lead his people’s liberation struggle, becoming leader of the ANC in 1991. In 1993, Nelson Mandela and FW de Klerk, then President of South Africa, were jointly awarded the Nobel Peace Prize "for their work for the peaceful termination of the apartheid regime, and for laying the foundations for a new democratic South Africa."

In 1994 he was elected President in South Africa’s first non-racial elections – the first time that Mandela himself was able to vote in his own country. He served a five-year term.

67 years working for a better world

After stepping down as President in 1999, Mandela continued to work to advance peace, health and human rights in Africa. He was particularly active in campaigning on HIV/AIDS, and facilitated peace negotiations in the Democratic Republic of Congo and Burundi.

In 2009 the United Nations adopted Nelson Mandela International Day in celebration of his life and legacy. Mandela Day takes place on 18 July – Nelson Mandela’s birthday – each year. The aim of the day is to encourage all of us to spend 67 minutes of our time giving back to our community, just as Mandela spent 67 years of his life working for a better world.

Nelson Mandela remains an inspiration to people around the world fighting injustice and oppression, and his mandate for The Elders continues to drive our mission and vision.

At the launch of The Elders in South Africa 2007, Nelson Mandela said: “I believe that in the end it is kindness and generous accommodation that are the catalysts for real change.” This spirit of hope and empathic leadership remains at the heart of our work on peace, justice and human rights across the world.