Climate action: the race to Paris 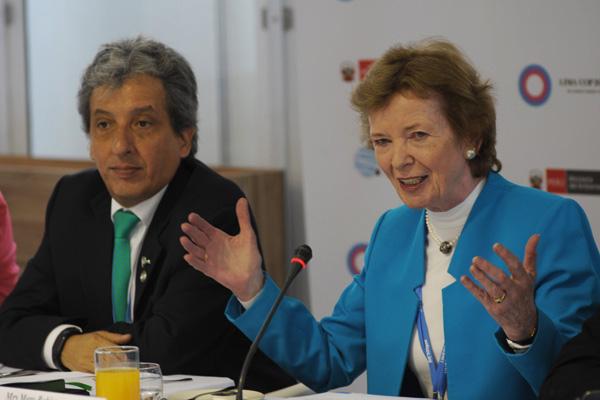 On returning from COP20 in Peru, Mary Robinson feels just enough was done to keep hopes afloat for a successful climate deal in Paris next December. But only just. 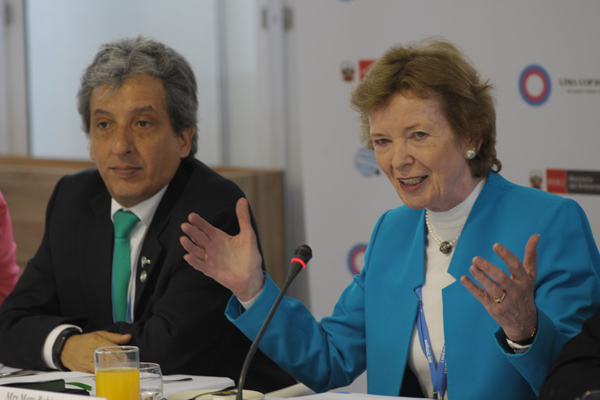 Leaving COP20 Lima, there was a sense that not enough had been done by countries which can afford to wait, countries which have the resources to protect their people and adapt to climate change. The leaders of countries whose people are already suffering, who are most at risk and have least resources to mobilise for protection, were the ones who compromised the most in Lima. They cannot afford to wait for political negotiations as they are already experiencing the reality of climate change now, although they are least responsible for causing it.

There were essentially two products from Lima – the first is the COP decision, which summarises what was agreed by over 190 countries present in the negotiations. The second is an Annex to that COP decision, which is now the negotiating text for the global climate agreement which is due to be finalised in Paris in 2015. The negotiations on both were tortuous, and the end documents are ambiguous, full of optionality and low in ambition. They are certainly of far lower ambition than I wanted to see.

However, the COP decision and the draft negotiating text keep the process towards Paris alive, and I believe that their ambiguity is precisely what makes it possible to insert ambition into the process over the coming year. It is now our task to grasp that opportunity, and build on the Lima outcomes, so that Paris can create a realistic foundation for stabilizing our climate at less than 2 degrees above pre-industrial levels, which is the maximum safe level established by science.

Inclusion of others is key

My sense of Lima is that the positive climate action outside of the negotiations was not reflected inside the negotiations. Climate actions are being taken by non-state actors such as civil society, the private sector, youth, women, faith groups and indigenous communities who are not allowed to participate in the formal negotiation rooms.

In an effort to widen participation the Peruvian Presidency, under the Minister of the Environment, Manuel Pulgar-Vidal, made efforts to bring a larger number of non-state actors’ voices into the COP by creating a “Lima Climate Action Day” on the 11th of December. I was pleased to speak alongside representatives from indigenous communities and civil society, who called for greater participation and the inclusion of their voices in the actual negotiations and for political will to catch up with what is happening “in the real world”. This was the common call by the private sector, the scientific community and representatives of local governments. Tony deBrum, Foreign Minister of the Marshall Islands, who spoke on behalf of his people who have “nowhere to go” summed up the dialogue when he emphasised that “the Paris alliance must mobilise everyone inside and outside the negotiation room.”

Having participated in the Lima Climate Action Day, French Foreign Minister Laurent Fabius, President of COP21, committed to continuing this multi-stakeholder dialogue in Paris next year. This gives us a real opportunity to ensure that the voices of the most vulnerable and indeed the ambitious business actors are listened to by political leaders.

These stakeholders are willing to take action and recognise the urgency to collaborate in order to achieve the common goal of keeping the warming of the planet below 2 degrees Celsius. If we can properly include the voices of young people, women, the private sector, faith and indigenous communities and people from countries most vulnerable to the impacts of climate change into the decision making processes, we have an opportunity to launch an unprecedented wave of human empowerment, a movement for climate action.

Women’s agency plays a key role in driving innovative climate action and their participation in the ongoing climate debate is a key factor for a fair and equitable climate agreement. The new climate agreement should therefore catalyse gender sensitive climate policy by including gender equality and human rights as guiding principles in the draft text for the 2015 agreement. 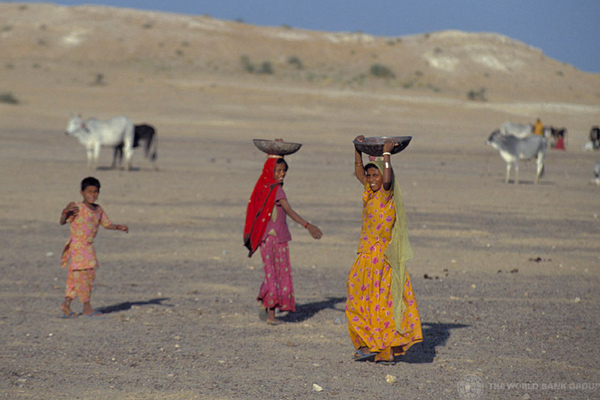 Biggest threat to human rights in the 21st Century

I have become convinced that climate change is the biggest threat to human rights in the 21st Century. Human rights provide both a motivation for urgent climate action and a framework to inform mitigation and adaptation actions that benefit both people and the planet.

I was pleased to see Human Rights Day being celebrated for the first time at a COP this year. The Peruvian Presidency has shown real leadership on bringing human rights into the climate discussions. The fact that the French Presidency of COP21 has committed to continuing the tradition of celebrating Human Rights Day in Paris next year gives me hope that we can turn COP21 into a people centred opportunity to move forward together.

The "Race to Paris"

As the baton will be passed from Peru to France next year, we have to realise that “The Road to Paris” is really a “Race to Paris’. This race, however, is one in which countries and parties must not race against each other, but where they need to set aside their individual positions and work together in order to win against a rapid warming of the world past an irreparable level and the destruction of the lives and livelihoods of millions of people.

One thing is clear: People, no matter where we live, will be impacted by climate change. This is not just a problem for scientists and governments to solve, it is a problem for all of us to solve. Citizens, communities, social justice movements, business, women, faith based groups, young people; we need to work together. We need to race for a long-term solution which will require stamina, political will and commitment of all people. We have 346 days to go to COP21 but most of the work will have to be done before we set foot in Paris. The race is on.

Climate justice: adaptation is the only fair way to tackle climate change

As COP20 concludes, climate consultant Mike Edwards argues that delegates need to consider the need for ‘adaptation’ as well as ‘mitigation’.

Youth voices in the climate negotiations: a reflection from Lima, Peru

Timothy Damon is an American Youth Delegate to the UN Climate Convention at SustainUS attending the COP20 in Lima, Peru. Here he describes how difficult it is for the young to be heard in negotiations. 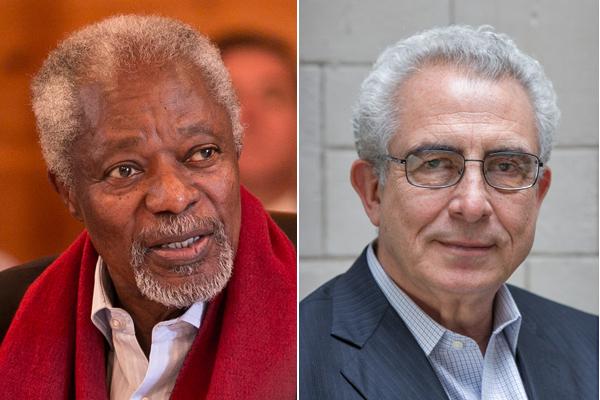 Climate change is a gender issue

Mary Robinson is attending the Conference of Parties 20 in Lima, Peru. High on the agenda is gender equality.