Hailing the Good Friday Agreement as an inspiration to others around the world, The Elders warn against the imposition of a "hard border" in the event of the UK leaving the EU’s Single Market and Customs Union after Brexit.

"Peace in Northern Ireland was hard-won and needs to be protected." – Mary Robinson

The Elders today expressed their deep concern about the potential risks posed by “Brexit” -- the decision of the United Kingdom to leave the European Union -- to the Good Friday Agreement that has helped secure peace in Northern Ireland for the past two decades.

At their recent board meeting in London, The Elders hailed the twentieth anniversary of the Agreement and the inspiration it has given to others around the world seeking to end bloody conflicts.

They warned that the imposition of a “hard border” between the six counties of Northern Ireland and the Republic of Ireland as part of the Brexit process would seriously undermine the Agreement and all it has brought to communities across the island of Ireland.

“The Good Friday Agreement has served Northern Ireland, the rest of the United Kingdom and the Republic of Ireland very well for the past twenty years. It was painstakingly achieved after complex negotiations and difficult compromises on all sides. Amid the wider political and economic uncertainty caused by Brexit, all stakeholders should place the preservation of peace and security as a high priority.”

The Elders noted the commitments by the UK Government, the Irish Government and the European Union to avoid the imposition of a hard border in the event of the UK leaving the EU’s Single Market and Customs Union after Brexit, and urged them to withstand any pressure to abandon this stance as negotiations continue.

“Peace in Northern Ireland was hard-won and needs to be protected. The Elders welcome the assertion by UK Prime Minister Theresa May of the paramountcy of the Good Friday Agreement, and the importance of ensuring that nothing should be done to allow the reimposition of a hard border. All governments and parties in all parts of the UK and Ireland must work to make this promise a reality.” 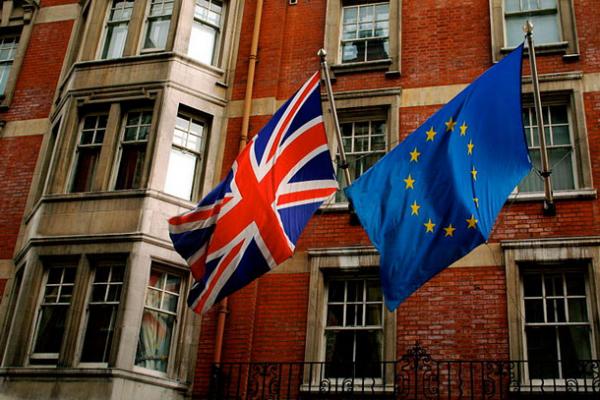 The Elders' statement on Brexit; and call to the remaining member states of the European Union.

“The Northern Ireland I live in falls short of what was originally envisaged and voted for back in 1998.”
A month after meeting the Elders to discuss the situation in Northern Ireland, campaigner Helen Flynn argues that a peaceful, prosperous future

Growing up in post-conflict Northern Ireland