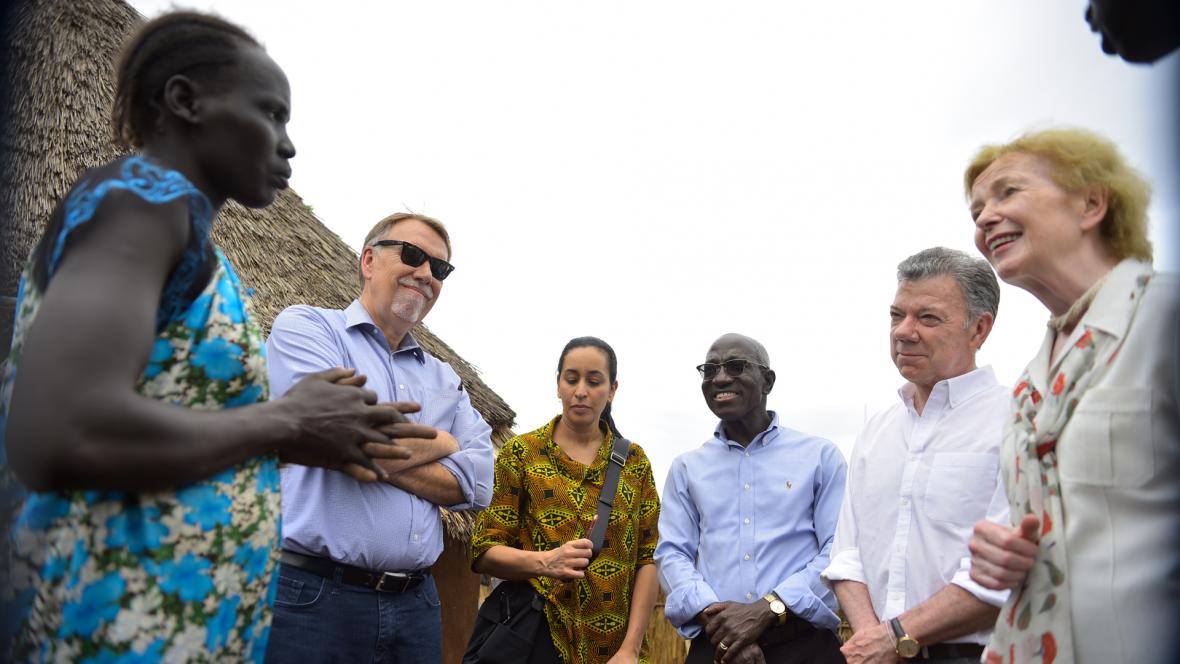 Mary Robinson and Juan Manuel Santos meet refugees during a visit to Gambella, Ethiopia in May 2019. Photo: The Elders
23 May 2019
Download PDF

The Elders welcomed the wide-ranging reforms in Ethiopia introduced by Prime Minister Abiy Ahmed and called on all leaders in the country to uphold the rule of law, foster a sense of national unity and defend the rights of refugees and displaced people.

They also praised Ethiopia for its progress on promoting women’s leadership, including the appointment of women to half of all Cabinet posts, including the Minister of Peace, and the important role played by President Sahle-Work Zewde.

A delegation of Elders led by Mary Robinson, Chair and former President of Ireland, held meetings with both the Prime Minister and President in Addis Ababa on the last day of their biannual board meeting, to discuss national and regional security and development issues.

They urged all political actors and civil society in the country to work in good faith to build a strong democracy, as the Prime Minister has pledged. These efforts must strengthen social cohesion, underpinned by the rule of law and respect for the human rights of all people living within Ethiopia’s borders.

The Elders also recognised the critical role Ethiopia can play in helping to resolve regional conflicts and tensions, including in neighbouring Sudan and South Sudan, as well as how best the country can deal with its high population of refugees and internally displaced people.

“It has been a privilege to visit Ethiopia at this time of remarkable change. We have greatly valued our conversations with Prime Minister Abiy and President Zehde, and admire their vision of drawing on Ethiopia’s rich history to guide its united future. We urge all political stakeholders to work together to develop a national settlement that respects the rights of all communities.”

As part of their visit, some Elders travelled to a refugee camp in Gambella in western Ethiopia to meet refugees from South Sudan. They commended Ethiopia’s new Refugee Law which offers more opportunities for work and integration.

The Elders also held talks with senior representatives of the African Union and the United Nations Economic Commission for Africa on conflicts driving mass displacement across the Horn of Africa. They supported the notion of “African solutions to African problems” and highlighted the risks to peace and stability posed by outside powers using African countries as venues for proxy wars.

“These are dramatic times for Ethiopia and the region which could herald a truly progressive transformation. Young people who have taken to the streets to demand their rights must be heard by leaders. We as Elders stand in solidarity with all who seek a peaceful, inclusive future for their countries and will do what we can to support their vision.” 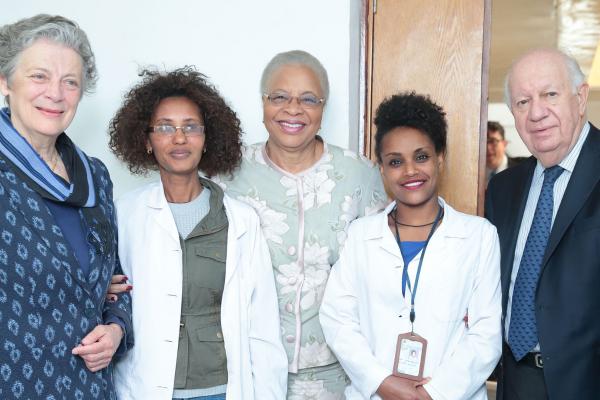 During their biannual board meeting being held in Addis Ababa, The Elders met Ethiopia’s State Minister of Health, Dr. Lia Tadesse, to learn more about the country’s efforts to achieve Universal Health Coverage. 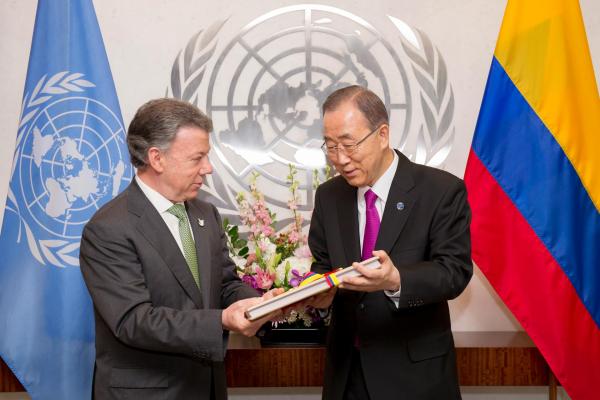