Home

Who we are

The Elders

Lakhdar Brahimi 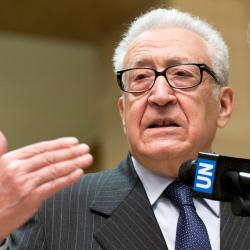 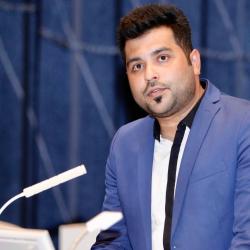 Leading the Youth Climate Movement in the Arab World 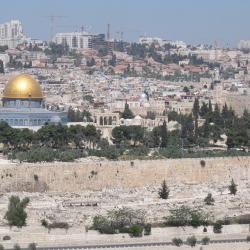 The Elders deeply regret the postponement of Palestinian elections 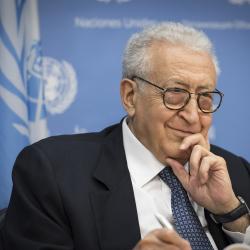 We’re extremely careful not to claim that we’re going to take a problem and solve it. What we’re saying is that from time to time, in certain situations, a problem needs a little push.

“You cannot fight your way to peace; sitting down with your adversary and negotiating is the only way to resolve conflict and prevent further bloodshed."

“Never in my career have I felt that a situation is hopeless or that change is impossible. Despite the uncertainty that change will bring, there is nothing to fear from seeking genuine and lasting peace."

Joint Special Representative of the UN and Arab League for Syria

Never in my career have I felt that a situation is hopeless or that change is impossible.

Lakhdar Brahimi was one of the founding members of The Elders in 2007, remaining an active member of the group until stepping down in August 2021 to become an Elder Emeritus.

A respected and pragmatic negotiator, Lakhdar Brahimi has been part of numerous Elders’ delegations to meet with some of the world’s most powerful leaders, and voiced his opinion in countless articles and interviews promoting peace and justice.

In aiming to put the world on a better trajectory, some of Mr Brahimi’s visits include to Cyprus, Germany, Kuwait, Myanmar, Russia, Saudi Arabia, South Africa, Sudan and Zimbabwe. He met with Sudan’s President Omar al-Bashir in 2012; President Vladimir Putin in 2015; Pope Francis in 2017; President Emmanuel Macron in 2017; Saudi Arabia HRH King Salman bin Abdulaziz in 2018; senior UN officials, the UNSG and UNSC representatives in New York; and has taken part several times in the Munich Security Conference for high-level discussions on global security and nuclear disarmament.

Throughout his long career and as an Elder, Mr Brahimi has been particularly involved in promoting peace in the Middle East. He has participated in meetings with UN officials, civil society, and political leaders, and advocated an end to Israel’s occupation of Palestinian territories. In June 2017, Lakhdar Brahimi addressed the UN Security Council on the Israel-Palestine conflict, marking 50 years of occupation. Mr Brahimi has also taken part in many Elders’ delegations to the Arab region, visiting Gaza, Egypt, Syria and Jordan.

After Algeria’s war of independence broke out in 1954, Lakhdar Brahimi left his studies in Paris in 1956 to join his country’s liberation struggle. At the age of 22 he represented the National Liberation Front in Southeast Asia, a position he held for five years.

Following Algerian independence from France in 1962, Mr Brahimi held several diplomatic roles including Ambassador to the United Kingdom, Egypt and Sudan, and Permanent Representative to the Arab League in Cairo.

In 1989, as an Arab League Special Envoy, he brokered the Taif Agreement that brought Lebanon’s seventeen-year long civil war to an end. Between 1991 and 1993 he was Algerian Minister for Foreign Affairs.

Lakhdar Brahimi has worked to resolve conflict and build peace in some of the most troubled regions in the world. He led the United Nations Observer Mission during the 1994 democratic elections in South Africa that brought Nelson Mandela to power. He was sent to help end Yemen’s civil war in 1994, and served as Special Representative of the UN Secretary-General in Haiti until 1996. Mr Brahimi also served as UN Special Envoy to the Democratic Republic of Congo (then Zaïre), Sudan, Burundi, Liberia, Nigeria, Angola and Côte d’Ivoire.

As Special Representative of the UN Secretary-General and Head of the United Nations Assistance Mission in Afghanistan from 2001 to 2004, he was responsible for overseeing all political, human rights, relief, recovery and reconstruction activities in the country. Mr Brahimi also served as the Secretary-General's Special Envoy for Afghanistan between 1997 and 1999.

In 2004 he served as UN Special Envoy in Iraq, and was Joint Special Representative of the UN and Arab League for Syria from 2012-2014.

Known as the “Brahimi Report” the panel’s findings were released in 2000 and assessed the shortcomings of the existing system of peacekeeping – criticising in particular the UN’s failure to respond to the atrocities in Rwanda in 1994 and Srebrenica, Bosnia and Herzegovina in 1995. The report made several recommendations for reform, including the need for clear, achievable mandates and the importance of better consultation and cooperation with countries contributing troops to peacekeeping missions.