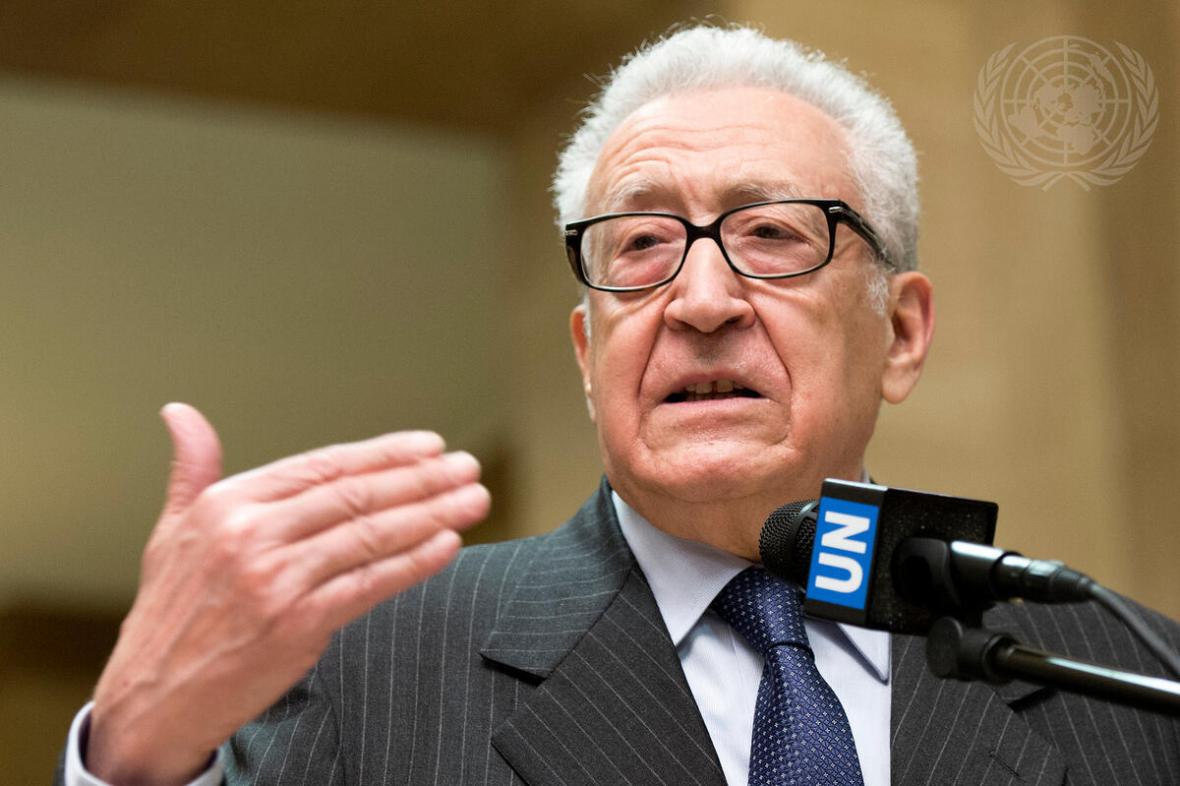 Lakhdar Brahimi addresses the UN Security Council on the precarious situation in Afghanistan and calls for unity within the international community to support the Afghan people.

This speech was delivered during a briefing to the UN Security Council on 7 September 2021.

It is an honour for me to address this Council on behalf of the Elders for the second time. On the first occasion, three years ago, I spoke mostly of Palestine.

Alas, things in that unhappy, occupied country have not improved. Quite the opposite: the occupying power is responsible for, overtly now, an apartheid situation and their excessively harsh oppression and systematic dispossession of Palestinians has embarrassed even some of their unconditional supporters around the world.

The question of Palestine has been on the agenda of the Council since soon after the United Nations came into existence in 1945. Five years ago, the Council agreed on Resolution 2334, a landmark decision that set out clearly the obligations of those responsible for addressing the key barriers to achieving peace - including the relentless ongoing settlement of occupied Palestinian territory.

Is it not high time to put an end to the failed policies which so unjustly betray the fundamental right of the Palestinian people to self-determination and a life of dignity?

Mary Robinson, our President, has eloquently and clearly set forth some of the key concerns and hopes of The Elders, including on Afghanistan. Now it is my turn to say a few words, and I will only speak about Afghanistan but my time is too short to say everything. As of Sunday - the day before yesterday - the brave attempt of Vice President of the Islamic Republic of Afghanistan Amrullah Salih and Ahmed Massood, the son of the legendary Guerrilla Leader, the late Ahmed Shah Massood, to resist in the Panjshir Valley was defeated. The Taliban now exercise practically sole control over the entire country.

Afghanistan today is not the Afghanistan I knew in the late 1990s and from 2001 to early January 2004. I, therefore, claim no expertise or inside information. Only a little experience and mostly deep feelings of sympathy, concern and respect for the great people of Afghanistan.

On human rights, there is little to add to what Mary has forcefully said a moment ago.

At the centre of the UN’s mandate and action is the protection of the fundamental rights of all Afghans, especially the most vulnerable: women and girls, the internally displaced, ethnic and religious minorities, human rights defenders and so on. To continue this work, the UN must have this Council’s support. And it will have to establish some kind of system of cooperation with the national and local authorities which, at present, means the Taliban.

To say that the humanitarian situation is dire would be an understatement and the needs are most urgent. Yet the flow of aid has stopped abruptly, and the inclination of donors is to abandon Afghanistan now that because the Taliban have retaken control of the country.

The international community wishes to resume its support of the people of Afghanistan. But many amongst them, perhaps most, do not wish to deal with the Taliban and are not ready to immediately grant diplomatic recognition to the Government the Taliban are about to form.

The Taliban leadership on their side do not seem to speak in one single voice. Some amongst them say they will return to the views and practices which were theirs when their regime was defeated following 9/11. Others, on the contrary, say they shall respect and reach out to their opponents and try form with them a genuinely inclusive government.

In the meantime, the state institutions of the country are paralysed and the people of Afghanistan are abandoned. Famine and despair look like the inescapable fatality for millions of men, women and children.

What is to be done?

I do not claim to have the answer to this question. But what I do hear from young, bright Afghans in and outside of Afghanistan is that it is necessary and urgent to give peace a chance.

As a first, extremely urgent step, it is for the Secretary-General of the United Nations, acting with the full support of a united Security Council, to send a Special Representative to Kabul to start a frank discussion with the leadership of the Taliban.

At the same time an urgent, important humanitarian program needs to be put in place. The United Nations and its agencies and the large NGOs have the experience needed to implement such a program. Their local staff are highly competent and dedicated. During the Taliban rule in the 1990s, the UN pulled out its international staff, as it has done this time. The local staff stayed on the job and performed in a remarkable fashion. The Taliban did not interfere with them.

The United Nations should obtain a clear guarantee from the Taliban that, like last time, they shall not interfere with humanitarian operations - those of the UN itself and those of other international humanitarian governmental and non-governmental organisations.

I am cautiously encouraged by the recent report from Martin Griffiths, the UN humanitarian chief, that the Taliban have committed to guaranteeing the safety, security and freedom of movement of all humanitarian workers – both men and women – and humanitarian access to people in need.

I understand that the Security Council will examine the renewal of UNAMA’s mandate on 17th September. Circumstances in Afghanistan being what they are at present, UNAMA is needed more now than ever before. The Council should perhaps limit its action now to a technical rollover of a sufficiently long period - say six months - and take time to prepare the strong mandate UNAMA will need in the coming new phase.

I have the impression that the international parties involved in Afghanistan realise that boycotting the Taliban in the 1990s was not the best option. Kept in total isolation, the Taliban had a distorted image of the rest of the world. I sometimes wonder if Mullah Mohamed Omar, with whom I had three long meetings, would have allowed the destruction of the Giant Buddha of Bamian had his movement and government enjoyed full international recognition at the time. Likewise, would Usama Bin Laden have been given the opportunity and protection he needed to prepare and execute 9/11 if the Taliban had enjoyed international recognition?

Their leaders and representatives are now received officially in regional and international capitals from Jakarta to Moscow and from Ankara to Beijing.

The Taliban think that they now represent the overwhelming majority of the people of Afghanistan and that they govern on their behalf. In fact, they are no different from the authors of a coup d’état or a political party which won an election. Many of their compatriots do not support them. They must understand that the hundreds of thousands, perhaps millions of Afghans - men and women - rushing to the Kabul airport or to the borders of each of their neighbours are but the tip of the iceberg: many more Afghan citizens criticize the Taliban and do not welcome their rule.

I would like to conclude with this point that does not only concern Afghanistan but many countries: political Islam is now a reality in many Muslim majority countries, from Indonesia to Morocco. It is important and urgent that the various religious, ideological and political families that live in our shared world learn how to put an end to mutual exclusion, and understand instead that it is necessary and beneficial for all if we accept to live together in tolerance, mutual respect and cooperation. 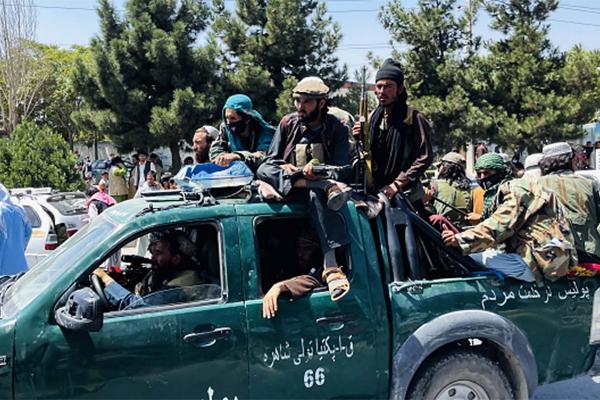 The Elders call on the UN to lead the international community’s efforts to encourage a peaceful transition and protection of human rights of all Afghans, following the military takeover of Kabul by the Taliban.

Mary Robinson addresses the UN Security Council on its crucial role in preventing conflict, the need for nuclear non-proliferation, and the overhanging threat of climate change. 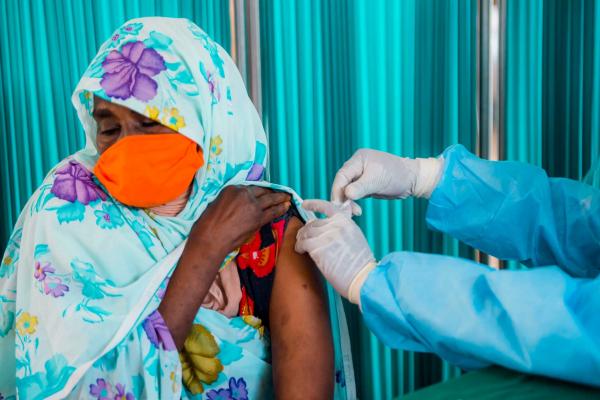 As UNHCR publishes its annual Global Trends report, and ahead of World Refugee Day 2021, Mary Robinson and Ellen Johnson Sirleaf reflect on the need for leadership amidst the COVID-19 pandemic.