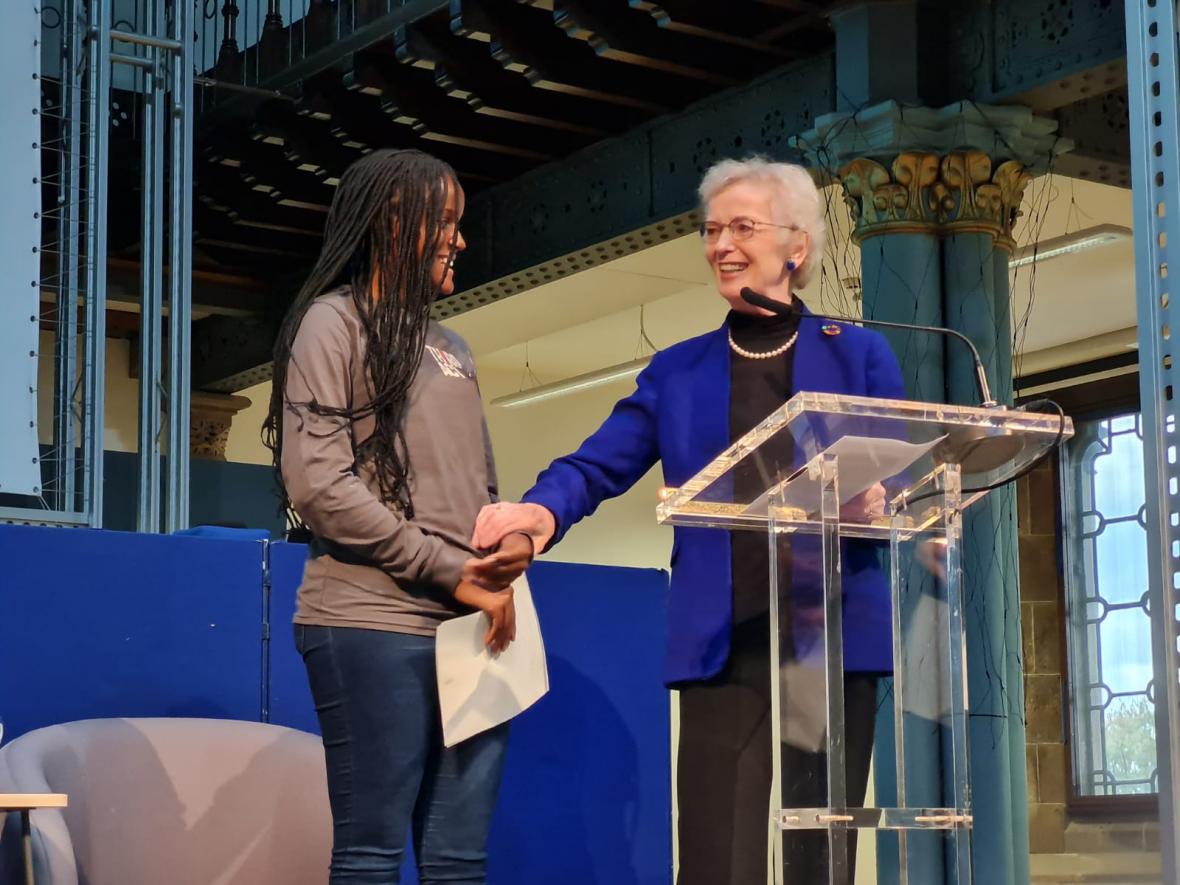 Mary Robinson addresses how the legal community must speak up to uphold human rights in the midst of the climate crisis.

Mary Robinson delivered this speech at the Mobilising the Rule of Law in Climate Change event at COP26 on 2 November 2021.

Greetings lawmakers, judges, arbitrators, mediators, legal practitioners, and all who support and uphold the law, both here in person in the room and those following us virtually.

There are different sorts of silence.

Silence can be compelling; it can play a powerful role in negotiations. Silence can create space for reflection.

Sometimes though, as Martin Luther King Jr once said, “there comes a time when silence is betrayal.”

I was only silent for maybe just under 60 seconds. It was awkward. But more awkward has been the silence from the legal and justice communities on the climate crisis, since that silence has persisted for far too long.

Recently Greta Thunberg rightly pointed to the problem with empty words from leaders – the “bla bla bla.” Yet, at the same time, there are still so many who remain silent on the sidelines. That silence can be equally harmful.

As a lawyer myself, I know intimately the power legal language has and its potential to change the world. Given the irrefutable harms inflicted by climate change on internationally protected human rights to water, to food, to health, to shelter – even to life itself – the law, and the language of the law, has a critical place in all climate conversations.

The climate crisis is a human rights crisis, and the legal community is one with an essential role in upholding human rights. It has a critical function in holding governments, businesses and public institutions accountable for their inaction on the climate crisis. It also has a role in providing protection for the most vulnerable who are already impacted by loss and damage; and those fighting for their lives and those of future generations in this climate emergency. It is these same communities who will be most affected by the rapid and disruptive transition we know we are going to need if we are to keep the pathway to 1.5°C alive.

My dear friend and predecessor as chair of The Elders, Archbishop Desmond Tutu once famously said “If you are neutral in situations of injustice you have chosen the side of the oppressor”. He was talking about the evil of apartheid; but the injustice of the climate crisis is equally malign and oppressive. We must all now speak up.

As many of you will know from your legal practice the problem with "no comment" is that it really in fact a comment.

Some in the legal community have done great things. The last 12 months have seen several seminal moments in cases that emphasise the effectiveness of legislation, policies and plans aimed at achieving climate goals. In April, the German Supreme Court ruled in favour of young plaintiffs finding the German government’s climate law was putting future generations at risk by leaving too much of the burden to the years after 2030. In May, the courts of Australia found that the Australian government had a duty of care to not act in a way that would cause future harm to younger people and there are many other examples including in my home country, Ireland. But we need all your voices. The magnitude of this threat demands a response in every area of the law: all of you have a responsibility at meeting that demand.

We need you to speak up, and to do so, you must first listen to the vital testimony of those living on the frontlines of the climate crisis.

So, at this juncture I am going to pass the microphone to a young woman I admire, and indeed I love hugely, for her tenacity and her refusal to remain silent, my friend Vanessa Nakate.