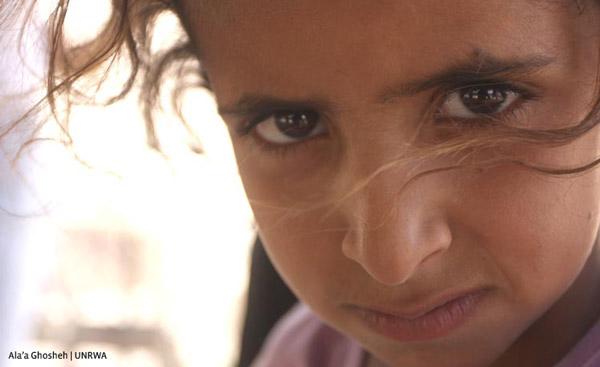 The Elders' Policy and Advocacy Director Andrew Whitley considers the link between International Day of Solidarity with the Palestinian People on 29 November and the Human Rights Day on 10 December and explains why the need to uphold Palestinian rights should matter to us all.

Protection under the law, whether legal or physical, must be indivisible.

November 29 marked the International Day of Solidarity with the Palestinian People. The date marks the day the UN General Assembly adopted its landmark Resolution 181, in 1947. This approved the partition of the British Mandate territory of Palestine, with fateful consequences for the Jewish and Palestinian peoples that continue to this day. The political fight in the run-up to the vote at the UN was lengthy, contentious and heated. And the outcome was settled only after intense, behind-the-scenes pressure from the great powers of the day – all of whom, incidentally, remain permanent members of the UN Security Council – and from an influential Jewish lobby. The late Israeli diplomat and politician Abba Eban’s own account of those momentous events, where he was present, makes abundantly clear the Zionist strategy. 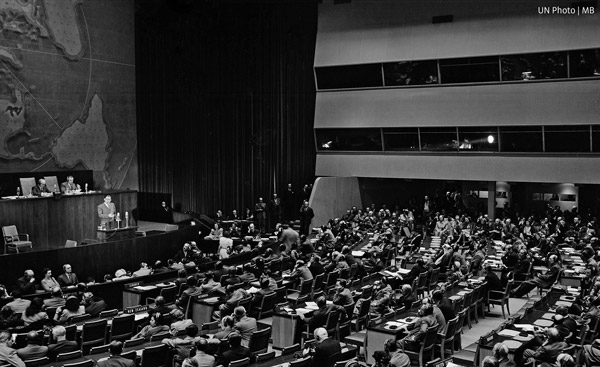 Only 11 days after that fateful vote, the United Nations adopted the Universal Declaration of Human Rights. Inspired by the determination of the Second World War victors never again to permit the persecution and genocide of an entire people, as had occurred during the Holocaust, or else those persons deemed undesirable in society, such as homosexuals, this noble charter rightly remains the bedrock of international human rights law. In my opinion, though, there is an important connection beyond the passage of these two pillars of post-war multilateral diplomacy which goes well beyond the coincidence of their dates in the early days of the UN. The link is the question of Palestinian rights – and the duty of the international community, as represented by the United Nations and other bodies such as the International Court of Justice and International Criminal Court, to uphold those rights.

"Picking and choosing among the basic rights enshrined in international covenants signed by the vast majority of countries is a slippery slope that can lead to disrespect for them all."

Basic rights come in many forms: civil, political, economic and social. They are individual and they are collective. Some, especially in the West, favour civil and political rights, especially those individual ones that protect personal freedoms; others, notably in the Global South, have tended to place more emphasis on collective rights as well as economic rights to food, shelter, employment and so on. Both are important and responsible governments and leaders should never present them as mutually exclusive. Picking and choosing among the basic rights enshrined in international covenants signed by the vast majority of countries is a slippery slope that can lead to disrespect for them all. 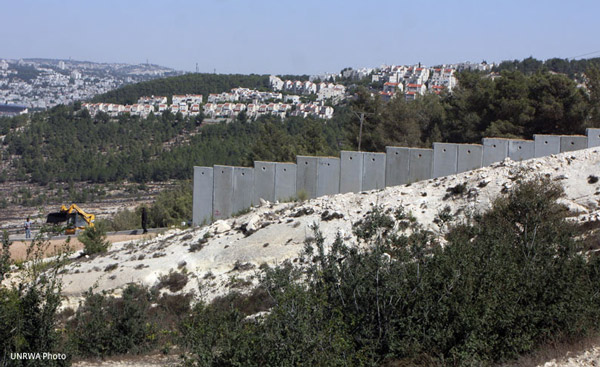 The International Day of Solidarity with the Palestinian People is a time to remember that while Resolution 181 paved the way for the declaration of an independent Israel, and its subsequent recognition by the UN and most other states, the Palestinian people continue to suffer under occupation and siege, or else live in refugee camps and in exile. This denial of their most basic of rights should be an affront to the conscience of the world and a spur to action. Sadly, however, resolution of the Israeli-Palestinian conflict today looks further away than ever. On the bloody stage of the contemporary Middle East and North Africa, the Palestinian issue has become a side-show, a conflict to be managed, not resolved. The valiant efforts of US Secretary of State John Kerry have unfortunately come to naught; and the impression one gets from Washington these days is that the Administration has quietly decided to wash its hands of the matter for the remainder of President Obama’s term.

Faced with the more immediate threat posed by the extremists of Da’esh (Islamic State) and their fellow jihadis, along with the implosion of the Syrian state, strange bedfellows have been made in the region. Security cooperation between Israel, Jordan and Egypt, for example, has never been closer, while regular public threats by President Mahmoud Abbas to cancel Palestinian intelligence sharing with Israeli counterparts – in response to Israeli actions in the occupied territories – have failed to materialise. Expediency trumps principle all too often.

Meanwhile, the steady onward march of Jewish settlement building in the West Bank and East Jerusalem, beyond the 1967 Green Line enshrined in UN Security Council Resolutions 242 and 338, continues apace. In response, there has been barely a murmur lately from the international community, never mind the sanctions that should be applied and are fully justified under international law for “grave breaches” of the Geneva Conventions. Palestine, recognised as a state by the UN and by a growing number of other countries - on paper at least - has filed suits against Israel at the ICC in The Hague over the settlement-building programme as well as alleged Israeli war crimes committed during the 2014 Gaza war. It remains to be seen whether these legal cases lead to any meaningful enforcement action.

What is to be done in response to this dismal situation for Palestinians?

The signatories to all the various international conventions that uphold Palestinian rights, individually and collectively, have a duty to live up to their obligations. Just as I cannot pick and choose between which human rights I wish to uphold, so states cannot take an a la carte approach to where they wish to exercise their legal duties. The 1949 Geneva Conventions applied to the anti-colonial liberation struggles of the past and they must be applied equally to Palestine today. The responsibility rests with the High Contracting Parties to the Fourth Geneva Convention to guarantee that Palestinians living in the occupied territories are afforded the same protections as those people living elsewhere under similar conditions. Protection under the law, whether legal or physical, must be indivisible. Recognition of that fact would be a good start. 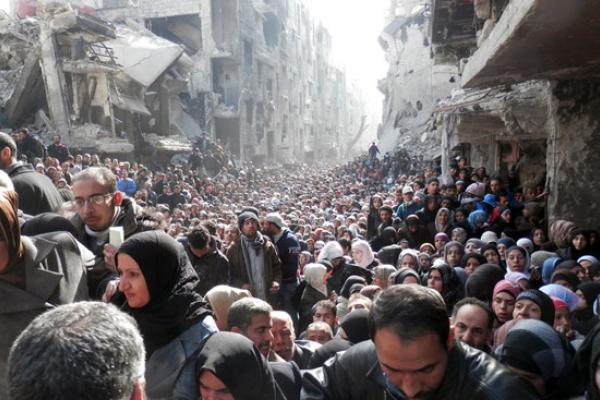 Refugees for over six decades, Palestinians in Syria face a precarious legal status given the civil war and renewed displacement. Mai Abu Moghli – a PhD candidate at the Institute of Education, University of London explains how some are falling through

Writing in Haaretz, Gro Harlem Brundtland and Jimmy Carter welcome the UN Human Rights Council's report into the 2014 Gaza conflict, arguing that it is a milestone to ending impunity for violations against international law.