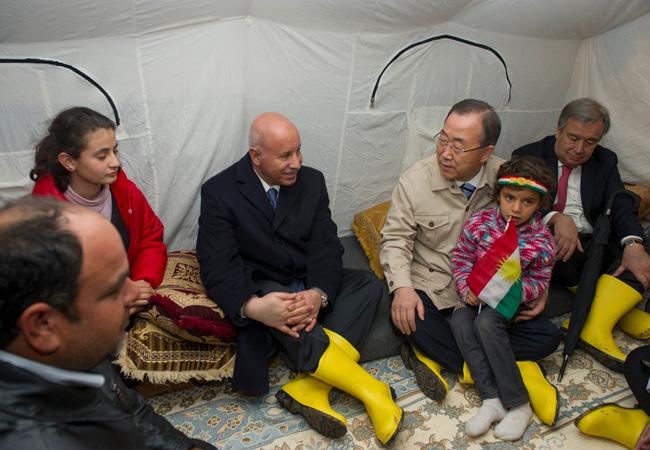 "Be guided by our common humanity, rather than a belief in barriers and barbed wire."

In 1951 a young boy and his family fled their burning village during a brutal war that brought immeasurable death and destruction to their country. He witnessed pronounced human suffering that would continue to haunt him in the days and years to come.

This child uprooted by conflict was me — the same boy who would grow up to be elected as the eighth secretary general of the United Nations in 2006. 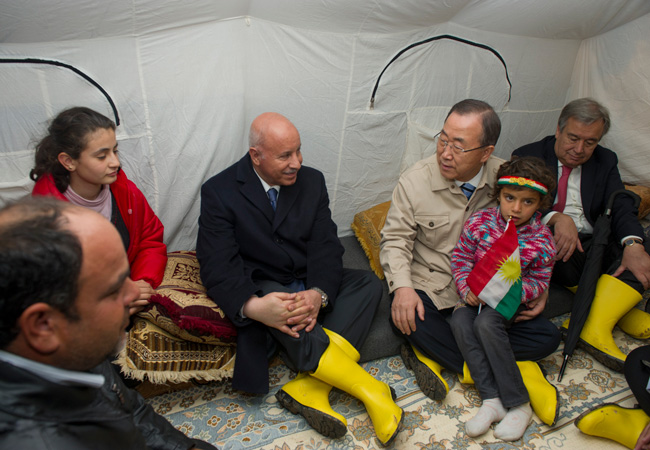 As secretary general, I met so many children around the world, particularly in Africa and the Middle East, who reminded me of my own wrenching experience of displacement. Seeing myself in each of them, I have remained determined to elevate the plight of refugees to the top of the global agenda today.

As of the end of 2017, a record 68.5 million people around the world had been forced from their homes, including 25.4 million refugees, according to the United Nations refugee agency. Only 102,800, less than 1 percent of the total number of displaced, were admitted for resettlement in 2017. Furthermore, data from the Missing Migrants Project shows that nearly 2,000 refugees and migrants died during the first six months of 2018 as they made perilous journeys across borders and high seas.

Despite the scale of the refugee challenge, we need to think of it first and foremost as a crisis of solidarity. Whether the world can come together to effectively support these vulnerable groups will be a true test of our collective conscience.

An increase in political will is urgently needed from our world leaders, as is a readiness to partner with others. This political will must be guided by an enhanced sense of our common humanity, rather than a belief in barriers and barbed wire.

Faced with images of unthinkable suffering from the conflicts in Syria and Yemen, or with evidence of gross human rights violations in Myanmar and elsewhere, too many leaders have lacked the necessary courage to respond with generosity and support. Some leaders have gone so far as to actively encourage prejudice against refugees and migrants simply to win votes.

Countries in the developing world — Turkey, Pakistan, Uganda, Lebanon, Iran, Bangladesh and Sudan — are host to among the largest numbers of refugees, while the prosperous nations of the global north have failed (with the exception of Germany) to share the burden fairly. This needs to change.

Wealthier countries must admit and resettle significantly more than the less than 1 percent of the world’s refugee population resettled in 2017. Such equitable sharing of responsibility is critical to ameliorating this crisis of global solidarity. 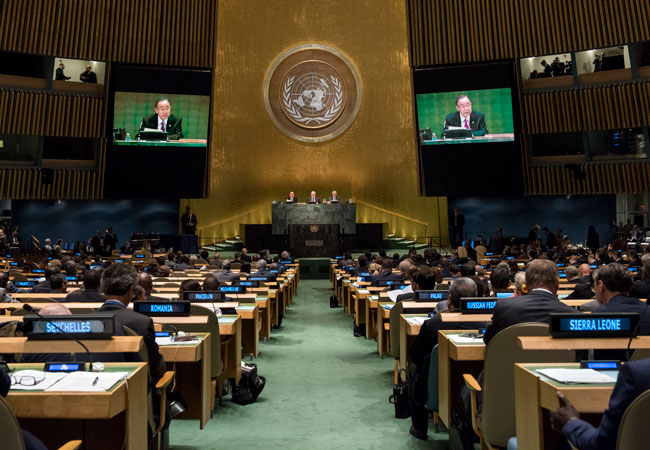 In September 2016, I convened the United Nations Summit for Refugees and Migrants in New York to confront the refugee challenge head-on. At this historic gathering, world leaders committed to developing a Global Compact on Refugees and a Global Compact for Migration, an international negotiation process overseen by the United Nations until its conclusion this past summer. Together, these agreements — which will likely be adopted by the United Nations later this year — will help ensure the dignity and protection of refugees, migrants and host communities alike.

In particular, the Global Compact on Refugees will allow for better burden-sharing among host countries, while elevating the voices of refugees and civil society groups.

Despite the hard work undertaken by the international community in support of refugees, we must recognize that the global political environment has changed dramatically in recent years. In a number of countries, the global compacts were negotiated in the shadow of populist backlashes that have tapped into and stoked nativist fears about immigrants and their descendants. Some politicians feel that they must be tough toward immigrants, that they must protect their country’s borders and national identities. In the United States, the resulting policies have taken on increasingly cruel forms, with children detained and separated from their asylum-seeking parents in violation of the best interests of the child.

The United States’ decision to withdraw from the migration pact, announced in December 2017, is a deeply regrettable step that undermines international solidarity. It also hampers efforts by nation-states, international agencies, nongovernmental organizations, multinational corporations and others to increase partnership efforts.

Such partnerships are crucial in easing the suffering of refugees. For example, the United Nations refugee agency and the Ikea-supported company Better Shelter have come together to provide thousands of innovative temporary housing structures for refugees and displaced families in Iraq, Greece and elsewhere. The Japanese government generously supported Better Shelter’s housing efforts in Iraq.

In Lebanon, Johnson & Johnson has partnered with the nongovernmental organization Save the Children to provide refugees displaced by the crisis in Syria with access to early childhood development services.

I fondly remember when, in 2016 — my last year as secretary general — I witnessed the entry of the Refugee Olympic Team at the opening ceremony of the Summer Games in Rio de Janeiro. For the first time, refugees were allowed to compete in the Olympics as a stand-alone team. The refugee athletes said to the world: We are young people, just like scores of others, and although we are refugees, we can compete at the highest level.

The huge crowd gathered at Maracanã Stadium felt the same way: Tens of thousands of people gave the refugee team an extended standing ovation. It was a beautiful moment, full of pride, solidarity and hope.

This is the same spirit in which we must address the global refugee crisis. Only by standing together — with each other and with refugees — can we succeed.