On the UK's responsibility to show leadership at the United Nations 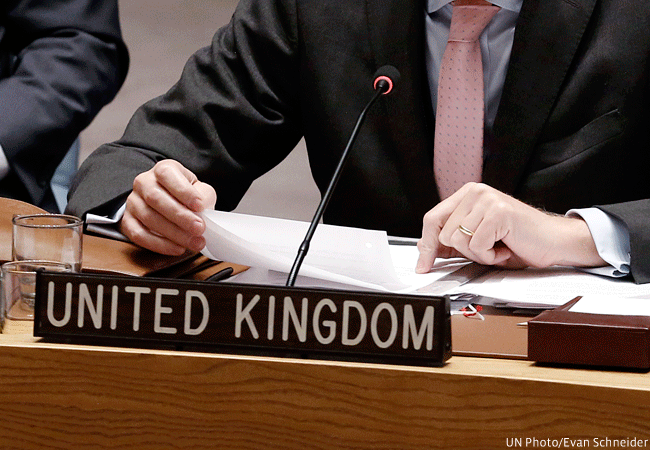 Speaking at the International Relations Committee of the House of Lords in London, 20 July, our CEO Andrew Whitley reflects on the need for reform at the United Nations and UK's role in leading this change.

"As a founding member of the United Nations and a Permanent Member of the Security Council, The Elders believe the United Kingdom has a special responsibility to ensure that the UN is both effective and fit-for-purpose."

I would like to begin by thanking your distinguished Committee for taking the initiative to hold this timely inquiry, and in particular for the kind invitation extended to The Elders to provide evidence today. We value the progressive role played by the House of Lords in promoting multilateralism and upholding shared human values as indispensable elements of the UK’s foreign policy.

If time permits, I would be pleased to briefly describe and provide examples of The Elders’ work during the question-and-answer session. For now, I shall limit myself to explaining why we believe this inquiry is so important and express the hope that the new Government will pay attention to your findings.

Seventy years after the founding of the United Nations, the return of dangerous tensions among the major powers of our day – Russia, China and the United States – and the persistence of that moral abomination, the five year-old war in Syria, are stark reminders of why the global community must cooperate better. The Security Council has manifestly failed to live up to its responsibilities in this regard.

As a founding member of the United Nations and a Permanent Member of the Security Council, The Elders believe the United Kingdom has a special responsibility to ensure that the UN is both effective and fit for purpose. To its credit, the UK has taken the lead in promoting certain procedural reforms. But larger challenges related to the outdated composition of the Security Council, misuse of the veto by certain permanent members, and the politicisation of senior-level appointments in the Secretariat, among other issues, remain untouched. And the excuse often used privately for inaction, that Washington is not in favour of change, should be exposed for what it is.

Real leadership by the UK sometimes means acting alone or else working with other allies at the UN, and doing the right thing. France, for example, has taken a laudable initiative on the need for veto restraint in the case of mass atrocities. We at The Elders support the need for urgent action to overcome the persistent deadlock seen in the Council today on so many bloody conflicts.

In our view, the most immediate challenge for the UK is to choose the right person as the next Secretary-General, to replace Ban Ki-moon next January. In the coming days, the Security Council is expected to begin the task it usually tackles once a decade: winnowing the field of hopeful candidates for the post of Secretary-General down to a credible short list. This year, so far, there has been much greater transparency than in the past. But the public hearings held in the General Assembly are no guarantee that, in the end, the P-5 will not nominate someone else, someone chosen more for reasons of malleability – and not on grounds of merit, or because he or she is likely to be a real leader.

While Britain naturally cannot dictate the choice, since no candidate can be recommended without the UK’s support, this country is however able to lay down certain "red lines" which any candidate must demonstrably fulfil. In our view, the qualities that matter most in a Secretary-General are: first, good judgement, including the ability to sense which battles are winnable and which are not; second, a proven attachment to the purposes and principles of the Organization, in particular human rights; and, third, an understanding that the Secretary-General can act as a kind of mediator between governments and peoples – and must be able to reach beyond governments to civil society and world public opinion. This requires him or her to be an effective communicator.

Many of the Elders, most notably our Chair, Kofi Annan, have held high office at the United Nations. Elders have also served as heads of government and state in countries around the world. But today they are free of the constraints of office and thus able to speak their minds, frankly and honestly, in the interests of our shared humanity and common global institutions.

On the Elders’ behalf, I should therefore stress the enormously valuable role the UK is capable of playing at the Security Council over the coming period, to lay the groundwork for a stronger and more effective United Nations. For the Secretariat to be able to exercise the genuinely independent role envisaged by the Charter there must be a strong and independent Secretary-General. He or she – we feel it is high time to have a woman – must be able to work well with the P-5. That is a prerequisite. But, as history has taught us, it is equally essential that the Secretary-General is able to withstand undue pressures from the permanent members and act in the larger interests of the Organisation.

Considerations of geographic rotation – the Buggins’ turn principle – must be discarded by the Security Council, leaving merit as the primary consideration when reviewing candidates for the job over the coming weeks. The Elders would like to see the Council then put forward more than one candidate to the General Assembly, to empower the UN’s membership as a whole and give it a genuine choice. If the GA does sometimes act irresponsibly, and plays political games, perhaps this stems from not being entrusted with real responsibilities.

Of greater importance, however, is the need for a change in the term of office. Instead of two five-year terms, which inevitably leaves the Secretary-General susceptible to political pressures, The Elders feel there should be a single, longer term of office, of perhaps seven years. No less a figure than that most distinguished of British international civil servants, Sir Brian Urquhart, now aged 97, favours this change – and so do we. The time to do so is now.

The United Kingdom would perform a great service to the UN by taking the lead in bringing about this change in the Secretary-General’s term of office in the General Assembly over the coming weeks. 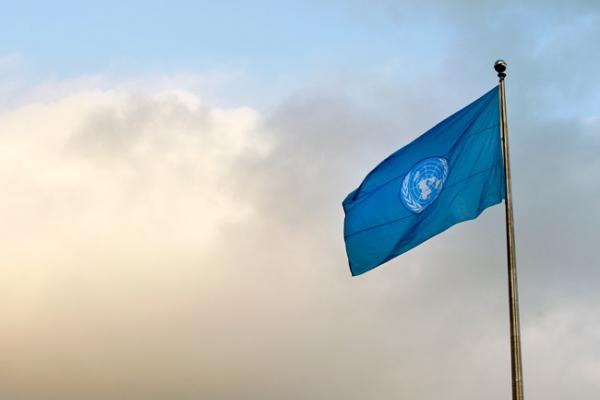 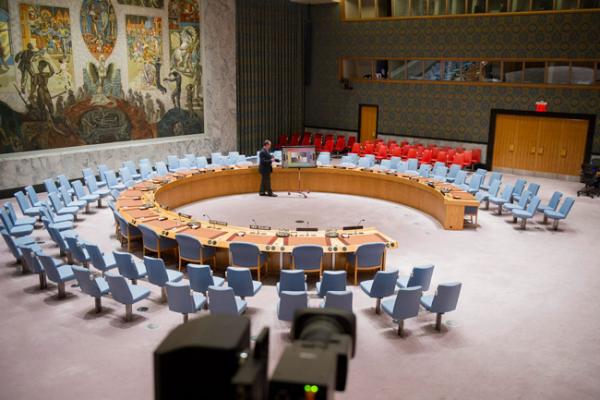