"Fairness is by its very nature all-encompassing. It is not something one can pick and choose, but its infinitely varied nature means that it can attract powerful advocates from all walks of life."

What do we mean when we talk about fairness? This question has been posed for centuries and still prompts a heated debate. It seems particularly acute in our current age of globalisation and widening inequalities in income and opportunity. A recent OECD study found that the richest 10 per cent of the population across its 34 member states earn 9.6 times the income of the poorest 10 per cent: what is fair about this economic model? The International Monetary Fund has warned that excessive income inequality drags down the economic growth rate and makes growth less sustainable over time. As the world’s leaders prepare to launch the new Sustainable Development Goals (SDGs) later this month, it makes sense to re-examine what fairness means in the 21st century and how we can all work to make it a reality.

"The SDGs are the latest attempt to further prosperity in a just and equitable way. Fairness lies at their heart."

It also helps to place this debate in an historical context. The struggle for fairness and equality has been a constant force from the Spartacist slave revolt in the Roman Empire to the Magna Carta, the American Declaration of Independence and the Universal Declaration of Human Rights. These sentiments remain inspirational, but at the same time, we must ask ourselves: are they are still self-evident? For much of the 20th Century, this debate was framed by the ideological struggle between capitalism and Communism – leading to distortions and misrepresentations on both sides. The Cold War has now been over for more than a generation but it is still hard to find a global consensus on how to promote fairness and equality that goes beyond platitudes.

The SDGs are the latest attempt to further prosperity in a just and equitable way. Fairness lies at their heart. This goes beyond simply demanding – and securing – fair and equal treatment under the law, freedom of speech and the right to vote. It also means being dealt a fair hand in terms of health, education, access to land and a whole range of cultural and economic rights. 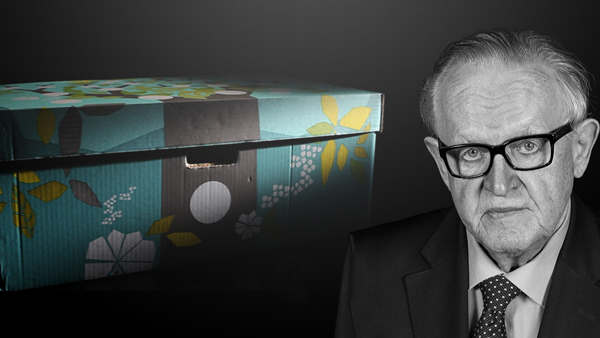 Martti Ahtisaari pictured with the Kela ‘Baby Box’, given to each Finnish newborn from the Finnish welfare system

My own country of Finland, together with Nordic neighbours Sweden, Denmark and Norway, has over the decades developed a Nordic welfare model where the state actively promotes egalitarianism and a fair distribution of wealth and resources. In Finland this is epitomised by the 'baby box' – a maternity package given by the state to all new-born children regardless of their parents’ social or economic status. This is a practical and symbolic example of the universal welfare policies which have the aim that all citizens, even the very youngest, are entitled to assistance from the rest of society.

Some observers say that this type of welfare model is only possible because of the Nordic countries’ unique political and cultural history, and economic and demographic profile. Of course, nobody is advocating a 'one-size-fits-all' model or a top-down approach, but other cherished models of egalitarianism also exist in countries with a very different political tradition.

In the United Kingdom, every child born in a National Health Service hospital is given an 'NHS number' even before they have been named, which entitles them to free healthcare throughout their life. In Southern Africa, generations have been inspired by the philosophy of 'Ubuntu', defined as “the essence of being human” by Archbishop Desmond Tutu. In his words,

“Ubuntu speaks particularly about the fact that you can't exist as a human being in isolation. It speaks about our interconnectedness. You can't be human all by yourself, and when you have this quality – Ubuntu – you are known for your generosity.”

Nevertheless, in today’s world it is clear that too many people, particularly those who enjoy the most privileges, seek to deny this interconnectedness. There is nothing fair about the way some of Europe’s leaders treat migrants and refugees. There is nothing fair about industrialised countries dragging their heels about cutting carbon emissions when the poorest, least-developed states will bear the brunt of climate change.

Equally, there is nothing fair about political and legal systems which deny girls and women the right to an education or full participation in public life, or that institutionalise prejudice and discrimination against any minority.

"We hope this sparks a wider conversation, both online and in classrooms, offices, farms and factories, that can lead to a richer and more diverse appreciation of the importance of this most human of values."

Fairness is by its very nature all-encompassing. It is not something one can pick and choose, but its infinitely varied nature means that it can attract powerful advocates from all walks of life. Ahead of the launch of the SDGs, The Elders want to open up a wider debate as to what fairness means in the 21st century, and how we can all ensure that it is at the forefront of policymakers’ agendas.

This is why we have produced a series of short films launched Friday 18 September, showcasing an object or moment from our own lives that symbolises one aspect of fairness and its continued relevance to contemporary events. We hope this sparks a wider conversation, both online and in classrooms, offices, farms and factories, that can lead to a richer and more diverse appreciation of the importance of this most human of values.

Martti Ahtisaari is a former President of Finland and a member of The Elders, the group of independent global leaders working for peace and human rights.

2015: A tough year for democracy and human rights

Looking ahead to the opportunities of 2015, Gro Harlem Brundtland argues that democracy and human rights are inextricably linked with a global response to climate change and gender inequality.