Home

Who we are

The Elders

Ernesto Zedillo 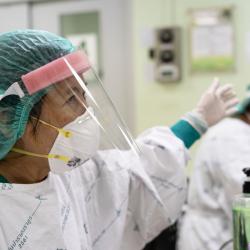 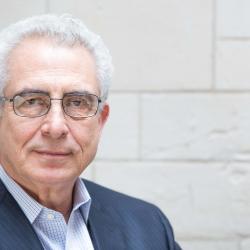 COVID-19 offers an opportunity to reform the multilateral system 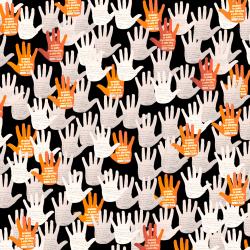 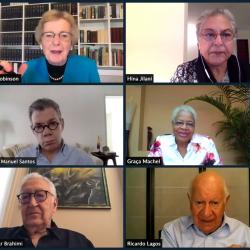 As Elders it can be our role to acknowledge the profound global challenges we face, but also to say: mankind can overcome them.

“Time and time again, acts of leadership have helped build peace and lifted millions out of poverty. We must aim to achieve stability, security and prosperity on a global scale."

“Despite the freest possible trade and investment regimes, there is still no way poverty can be eradicated without a transfer of resources from rich toward the poor."

“Inclusive globalisation is needed not only by the weak but also by the strong; not only to defeat economic polarisation but also to alleviate old and new resentments that threaten the security of our world.”

Recipient of the Franklin D Roosevelt Freedom from Fear Award

Member of the Commission on Legal Empowerment of the Poor


Chairman of the Global Development Network

Commissioner on the International Commission on Nuclear Non-proliferation and Disarmament


Appointed Director of the Yale Center for the Study of Globalization


Member of the Independent Panel for Pandemic Preparedness and Response (IPPPR)



It is only by understanding and respecting each other’s positions that we can hope to reach common ground and work towards a more peaceful world.

A member of The Elders since 2013, Ernesto Zedillo is a strong voice on nuclear disarmament and non-proliferation, and a promoter of global security and peace. He has joined several Elders’ delegations to promote human rights and security and to address geopolitical issues including to China, Ethiopia, Russia, Saudi Arabia and the United States and at multilateral fora including the UN General Assembly and the Munich Security Conference.

President Zedillo has met with a number of world leaders as a member of The Elders including President Xi Jinping in 2019; HRH King Salman bin Abdulaziz of Saudi Arabia in 2018; President Joko Widowo of Indonesia in 2017; President Vladimir Putin in 2015; and President Hassan Rouhani of Iran in 2014.

A bold reformer in Mexico

Ernesto Zedillo began his career as an economist at the Central Bank of Mexico, before being appointed Budget Secretary in Mexico’s federal government in 1988. He became Education Secretary in 1992 and launched immediate, sweeping reforms of the national basic education system.

Elected President of Mexico in 1994, he successfully enacted bold reforms to address the financial and economic crisis. From 1996 to 2000, Mexico experienced five years of the highest GDP growth rates in the country’s recent history. At the same time, his government made strong commitments to social justice by increasing its spending on social programmes.

His administration launched PROGRESA: the first conditional cash transfer programme to fight extreme poverty. As part of this, poor families received financial support on the condition that children attend school and receive preventative medical care. The initiative reached millions of families and has since been replicated in more than 40 countries throughout the world.

As President, Ernesto Zedillo also undertook profound democratic reforms – transparency and independence of the electoral institution, fair campaign financing and an electoral tribunal within the judiciary to solve electoral controversies – paving the way for a robust multi-party democracy in Mexico. He pursued and achieved full independence for the Mexican Federal Judiciary and appointed a leader of the opposition as Attorney General of the Nation.

Since leaving office, President Zedillo has worked to find solutions to some of the most pressing challenges facing the global community.

Following the outbreak of COVID-19 in 2020, Ernesto Zedillo joined the Independent Panel for Pandemic Preparedness and Response (IPPR), an independent body tasked with providing an evidence-based path for the future to ensure that countries and institutions can effectively address health threats, co-chaired by his fellow Elder Ellen Johnson Sirleaf.

President Zedillo serves on the Global Commission on Drug Policy, co-founded by Elder Emeritus Fernando Henrique Cardoso, which calls for a vast rethinking of the ‘global war on drugs’ debate and proposes better regulation to end the criminalisation and marginalisation of drug users. He co-chaired the Latin American Initiative on Drugs and Democracy and, based on work at the Yale Center for the Study of Globalization, published the edited volume Rethinking the War on Drugs through the US-Mexico Prism in 2012.

His work on nuclear non-proliferation includes serving on the International Commission on Nuclear Non-proliferation and Disarmament, which released its final report, Eliminating Nuclear Threats: A Practical Agenda for Global Policymakers in 2009. In 2007, he was appointed to chair a commission to recommend the future course of the International Atomic Energy Agency, the UN body promoting the peaceful use of nuclear energy. 3 He has also worked on a number of initiatives focused on climate change mitigation and, in 2008, published the edited volume Global Warming: Looking Beyond Kyoto.

Since 2009, Ernesto Zedillo has been the Director of the Center for the Study of Globalization at Yale University where he teaches courses on trade theory and policy, globalisation and the economic evolution and challenges of the Latin American and Caribbean countries.

Between 2005 and 2008, President Zedillo was a member of the Commission on Legal Empowerment of the Poor alongside fellow Elders Lakhdar Brahimi, Fernando Henrique Cardoso and Mary Robinson. The Commission was the first global initiative to focus on the link between exclusion, poverty and the law and its findings became an integral part of the work of UNDP.

Furthermore, he has participated in numerous other initiatives aimed at improving the world’s ability to design and implement development policy, notably as: