Home

Who we are

The Elders

Juan Manuel Santos 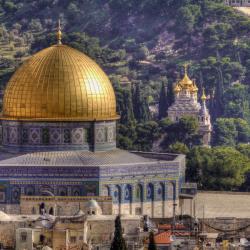 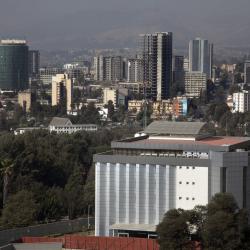 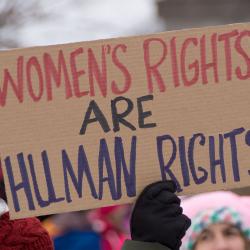 Ending violence against women and girls requires the attention of all 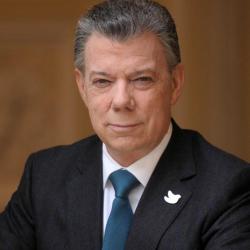 Leaders have to come up with a pathway to close the gap to 1.5°C

Equality and justice need to be the guiding principles behind our collective efforts to tackle the climate crisis, poverty and discrimination.

“It is far more difficult to make peace than it is to wage war, I know it because I have done both.”

“Our first and most vital step was to cease thinking of the guerrillas as our bitter enemies, and to see them instead simply as adversaries.”

“It’s so evident that we are destroying Mother Earth. This is not the problem of one country or a few countries; it is the problem of mankind. We need to work together to stop this. Otherwise our future generations will simply disappear.”

We do not have to choose between a healthy economy and a healthy planet.

Juan Manuel Santos joined The Elders in January 2019. Since then, he has travelled to Ethiopia with his fellow Elders and participated in high-level meetings with the Ethiopian President and Prime Minister focusing on refugees and internally displaced people and how to ensure the protection of their human rights.

President Santos is a fierce advocate for promoting peace and reconciliation through dialogue and frequently speaks about these issues. He also works tirelessly to raise awareness of the climate crisis, promoting climate action by nature-based solutions and the importance of a green recovery from the COVID-19 pandemic.

Following ministerial appointments in finance, trade and defence, Juan Manuel Santos assumed the Presidency in 2010 and was re-elected in 2014.

In his inaugural address, President Santos named seeking peace through dialogue as his top priority. In September 2012, he publicly announced that his government had entered formal negotiations with the Revolutionary Armed Forces of Colombia (FARC). This broke with his predecessors’ approach of fighting the FARC guerrilla forces with the aim of defeating them militarily, rather than attempting dialogue.

This tenacious step was followed by complex negotiations, led with skill and determination in Havana, Cuba. President Santos overcame several significant setbacks in order to finally complete the process in late 2016, putting an end to over five decades of armed conflict.

As a result of his resolve and dedication to achieve peace and reconciliation in Colombia, Santos was awarded the Nobel Peace Prize in 2016 for “his resolute efforts to bring the country’s more than 50-year-long civil war to an end”. The Nobel Committee added that the distinction "is a tribute to the Colombian people who, despite great hardships and abuses, have not given up hope of a just peace, and to all the parties who have contributed to the peace process".

Juan Manuel Santos also made steps to ensure a just transition, and to lay the groundwork for eventual unity and reconciliation. He emphasised not only justice for victims, but importantly the desire for truth – inaugurating a historic Truth Commission to investigate the victimisation of civilians during the war.

Champion of biodiversity and the environment

Juan Manuel Santos is an outspoken advocate for the protection of biodiversity and fighting climate change. During his presidency he significantly expanded protected areas in Colombia and strengthened the Ministry of the Environment. One of his biggest achievements in this area was the expansion of marine protected areas from 1.2 million hectares in 2010 to 12.8 million in 2018.

For his progressive environmental policies to protect his country’s biodiversity and fight climate change, in 2017, President Santos was awarded the Royal Botanic Kew International Medal and the Wildlife Conservation Society Theodore Roosevelt Award for Conservation Leadership. He was honoured by the National Geographic Society for his unwavering commitment to conservation in 2017.

Juan Manuel Santos has always been a staunch defender of the freedom of the press. Before taking public office, he worked for eight years as a journalist and editor for the newspaper El Tiempo and won the King of Spain Prize for Journalism for a series of chronicles that exposed the corruption of the Sandinista Revolution in Nicaragua.

President Santos is also a fierce advocate for global peace and justice. He was one of the initial promoters of the Sustainable Development Goals (SDGs) and in 2016, he led the process to convene a special session of the General Assembly of the United Nations (UNGASS 2016) to discuss more effective ways to face the world drug problem.

Juan Manuel Santos is also co-founder of the Multidimensional Poverty Peer Network (MPPN) by the Oxford Poverty and Human Development Initiative (OPHI), along with his former professor and inspirer of his policies, Economics Nobel Laureate Amartya Sen, and has been awarded honorary doctorate degrees in various universities, including La Sorbonne and the London School of Economics.