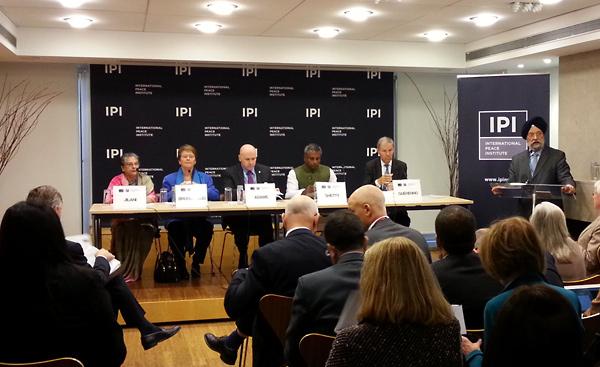 "No government, no matter what the circumstances, should be allowed to commit mass atrocities and escape accountability." 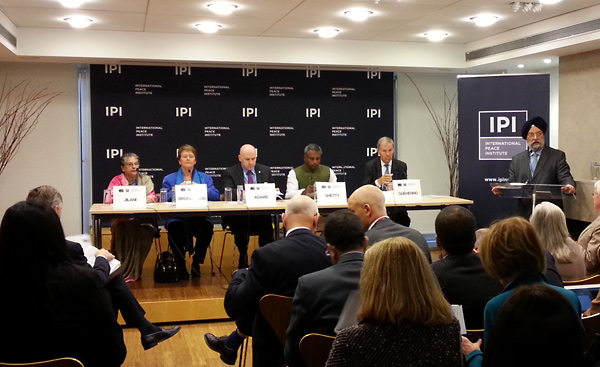 26 September – At an event marking the opening of the 70th session of the United Nations (UN) General Assembly, The Elders and the Global Centre for the Responsibility to Protect urged the members of the UN Security Council to act more effectively to prevent mass atrocity crimes.

The event, entitled Preventing mass atrocity crimes: how can the UN Security Council do better?, was held in New York. The Elders were represented by their Deputy Chair, Gro Harlem Brundtland, the former Prime Minister of Norway, and Hina Jilani, a leading activist in Pakistan's women's movement and international human rights defender.

Brundtland and Jilani made clear that the Permanent Five (P5) states must be more responsible in using their veto, especially during a crisis where people are threatened with genocide, war crimes, ethnic cleansing or crimes against humanity.

“The veto power should not be seen as a ‘right’ or reward for the P5, but a mark of the heavy responsibilities these countries bear for the maintenance of international peace and security. This responsibility is particularly acute when the Security Council considers how to prevent mass atrocities.”

“No government, no matter what the circumstances, should be allowed to commit mass atrocities and escape accountability. The UN Security Council must put aside individual political interests and focus on a responsible, collaborative approach to the enforcement of international law."

The Elders have proposed four steps to strengthen the UN in its key task of maintaining peace and security worldwide, including a requirement that P5 members do not use their veto without explaining their decision and proposing an alternative plan in accordance with international law that can achieve the same goals.

The event comes as two complementary initiatives aimed at the UN Security Council have been launched. The first, by the governments of France and Mexico, calls for the P5 to refrain from using their veto in mass atrocity situations. The 26-member Accountability, Coherence and Transparency group of states has also launched a ‘Code of Conduct’ which applies to all Council members – permanent and elected – as well as aspirant members, and urges them to not block action that seeks to prevent mass atrocity crimes.

Both initiatives are open to all UN member states for signatures of support, with a particular push in advance of the upcoming 70th anniversary of the UN on 24 October.

Dr Simon Adams, Executive Director of the Global Centre for the Responsibility to Protect, urged all Member States to support the complementary initiatives:

For media inquiries, please contact Evan Cinq-Mars, Advocacy Officer at the Global Centre for the Responsibility to Protect (+1 (212) 817-1931 or ecinq-mars@globalr2p.org) or Jennifer Woodside, Director of Communications at The Elders (+44 7880 230 977 or Jennifer.woodside@theelders.org).