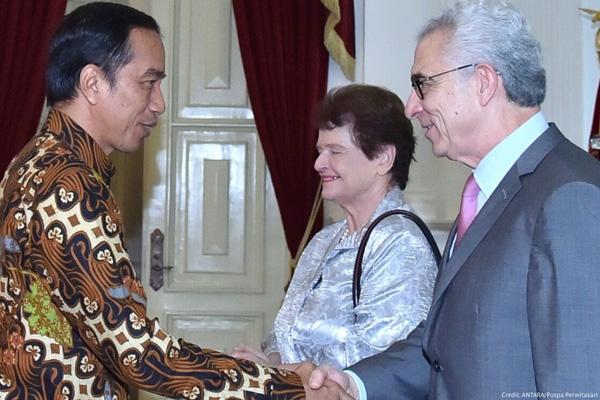 Concluding a two-day visit to Indonesia, The Elders call for the government to take bolder fiscal, political and social measures to accelerate progress towards Universal Health Coverage (UHC).

The Elders concluded a two-day visit to Indonesia with a call for the government to take bolder fiscal, political and social measures to accelerate progress towards Universal Health Coverage (UHC), building on impressive achievements in recent years.

Indonesia has the biggest single-payer health system in the world (covering 181 million people), and has committed to reaching full population coverage by 2019.

The Elders congratulated President Jokowi on Indonesia’s progress to date. However they also expressed their concern about the fact that Indonesia’s rightly ambitious plan to achieve UHC is significantly under-financed. They suggested that without fiscal revenues stemming from additional general taxation, progress towards effective UHC could prove too slow.

The Elders also conveyed to President Jokowi and other high level Indonesian officials their worries about the high rate of tobacco consumption in the country. Higher taxes on tobacco could both deter consumption and provide more resources for health financing. In the longer term, they urged a modification of Indonesia’s policies on tobacco production to promote alternative, less harmful crops.

“Indonesia has taken significant steps towards improving access to healthcare in recent years, and I am convinced President Jokowi can reach his goal of covering all the people of Indonesia by 2019, if the government commits further resources to the health budget. The level of public health financing and the overall tax yield is still too low to deliver effective public services; increasing taxes on products harmful to public health such as tobacco would be a step in the right direction.”

“The healthcare debate in Indonesia stands in stark contrast to some countries in the world, notably in the United States, that are moving away from universal coverage. Here, President Jokowi, government ministers and civil society are all trying to find ways to increase coverage and bolster social protection. I am encouraged by the meetings we have had here, and urge the authorities to be even bolder in committing greater resources to the health system, taxing harmful products and promoting greater accountability.”

The Elders believe Universal Health Coverage is the best way to achieve the overall health Sustainable Development Goal, and will join with civil society organisations and activists worldwide on UHC Day, 12 December, to promote their campaign so no-one is denied the healthcare they need because of a lack of financial resources. 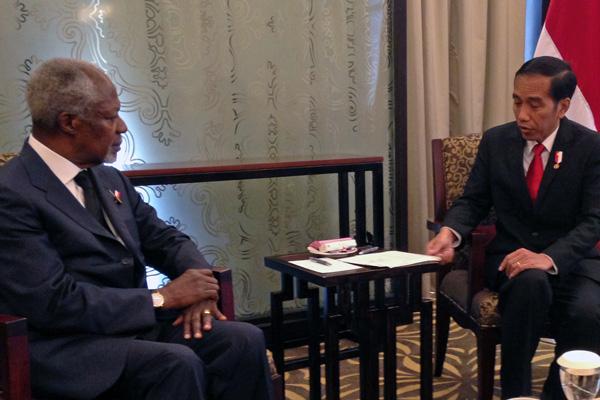 Chair of The Elders Kofi Annan holds talks with Indonesian President Joko Widowi ahead of the Bali Democracy Forum, with discussion focusing on key topics including Universal Health Coverage. 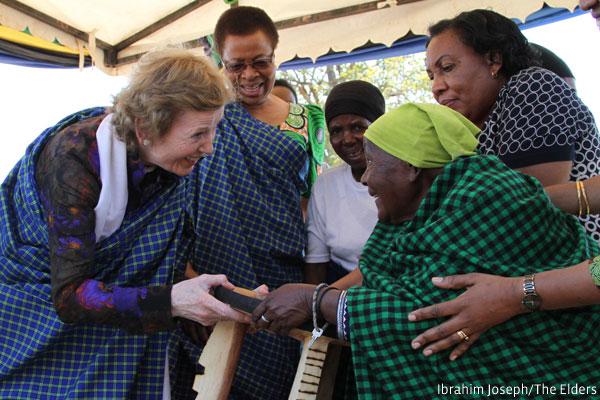 Graça Machel and Mary Robinson visited Tanzania in July 2017 to learn about and encourage progress towards Universal Health Coverage.