Listening to and learning from girls 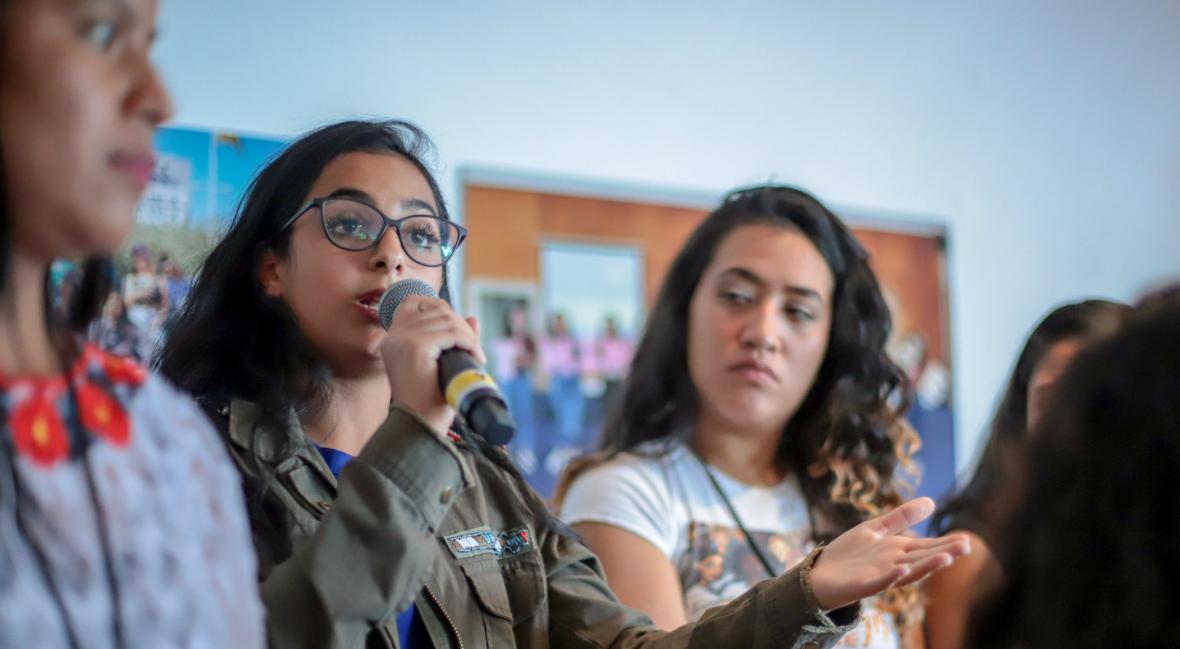 On International Day of the Girl Child, Swatee Deepak, Director of With and For Girls, the world’s only participatory fund by, and for, adolescent girls, sheds light on the importance of meaningful support.

We know girls experience particular injustices due to the intersection of their gender and age. An estimated 12 million girls are married before the age of 18 (UNICEF), 71% of human trafficking victims are women and girls (UNODC), girls are twice as likely to be infected with HIV (UNaids). 130 million girls are not in school (UNESCO’s Institute for Statistics), and up to 80% of people displaced because of climate change are women and girls. Every 10 minutes, a girl dies as a result of violence. Violence is the second leading cause of death among adolescent girls globally.

Accessing justice for these abuses suffered by women and girls is an important part of The Elders' Access to Justice programme. In many countries, women face structural and cultural barriers to accessing justice, such as poor literacy, lack of resources or time, or family responsibilities. By introducing infrastructure that improves the ability of women and girls to access justice, governments have a real chance to improve the position of women in societies around the world.

We also know girls are often the last to be seen and invested in within the community and within philanthropy. Less than 2 cents of every $1 spent on international aid is directed towards adolescent girls (World Bank). We knew something within the philanthropic sector needed to change; girls everywhere are organising, in the UK, Syria, Hong Kong, Mali, the US and Mexico. Girls are smart, have opinions and should make decisions on matters that affect them.

In response to this critical deficit in funding, in 2014, a group of funders came together to form the ‘With and For Girls’ Collective, and launched an annual award to recognise and celebrate extraordinary girl-led and girl-centred organisations, providing them with essential funding.

We see so many of our peer philanthropists and funders in the sector agree, and back, the principle of girls being decision makers but a hesitancy to make it happen, for fear of doing it wrong. We believe funders can and must include girls in the decision making process and make space for them at the table.

A unique feature of the ‘With and For Girls’ Award isn’t just its mission, but its design: we entwine the participation and agency of girls throughout the grant-making process. In addition to working with networks to nominate organisations for the awards, girls across multiple regions lead in the selection process, ultimately choosing which peers should receive an award. Since 2014, panels involving 78 girls across 9 countries have awarded close to $3 million of flexible funds to 60 girl-led organisations in 41 countries.

But why stop at girls making decisions on where our funding goes? To put our values into action, last year we brought together 12 girl activists from ‘With and For Girls’ Winners in Palestine, Kyrgyzstan, U.S.A, Poland, Kenya, Nepal, Barbados, Guatemala, Israel, Romania and Nicaragua. We tasked them with creating and running the closing plenary of the Human Rights Funders Conference, to an audience of over 700 of the world’s largest and most prominent funders. We wanted to support girls to be heard and share their own realities in their words, moving philanthropy forward in a way that placed the girls at the centre of discussion.

The resulting session was deeply moving, with the girls performing spoken word, rap, song and interviews in their multiple languages to move a captive audience of funders with the obstacles they, and other girls face everyday. Their experiences echo the statistics; many are unable to go to school, to access basic healthcare, and suffer from violence, early marriage, FGM, discrimination based on ability, indigenous identity or caste, and live in constant fear.

They closed the plenary by presenting 10 pledges they created and wanted the audience of funders to commit to, which was met by an audience in tears, standing ovations and vehement support.

The girls also created this powerful video on what they want funders to know which aired at the conference. The girls pledges went on to be included in the U.N Report of the Special Rapporteur on the situation of human rights defenders.

This International Day of the Girl Child, we continue to celebrate the strong and fearless girls who are leading the change in the face of huge injustice and backlash in their communities everyday. We are committed to pushing ourselves and other funders to commit to the pledges above but also to continue to listen to, and learn from, girls everyday.

The With and For Girls Collective is Collective of 11 organisations, Comic Relief, EMpower, FRIDA – the Young Feminist Fund, MamaCash, Nike Foundation, Novo Foundation, Plan International UK, Stars Foundation, The Global Fund for Children and The Global Fund for Women, hosted at Purposeful, a movement building hub for adolescent girls. Since 2014, With and For Girls has awarded close to $3 million of flexible funds to 60 girl-led and girl-centered organisations in 41 countries. 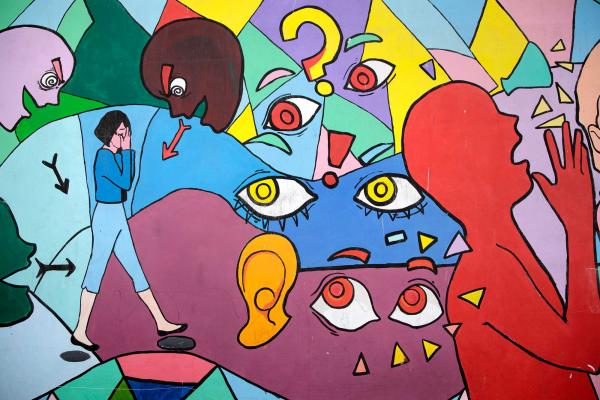 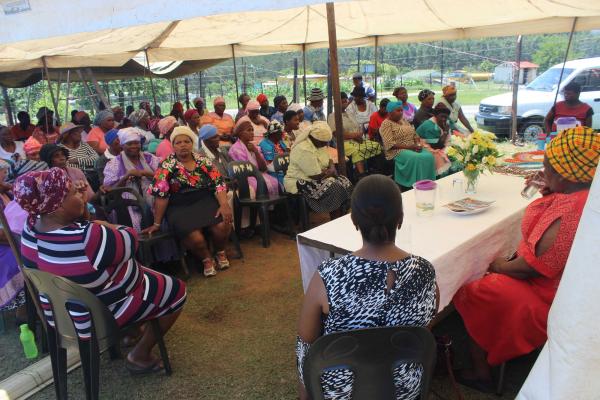 Delivering justice for all in South Africa: the power of paralegals

Dr Winnie Martins of the Centre for Community Justice and Development highlights the crucial role played by community paralegals in responding to day-to-day justice problems. 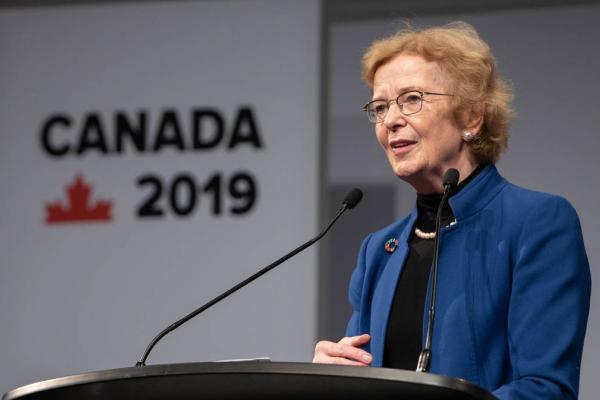 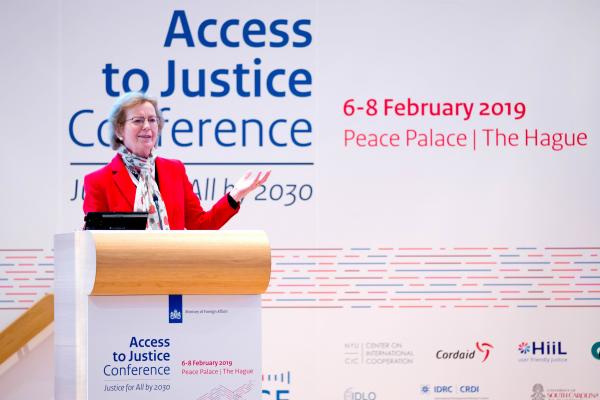 Graça Machel decries the horrifying statistics on the prevalence of violence against women and girls on International Women's Day 2019. First published by Thomson Reuters Foundation.
Opinions