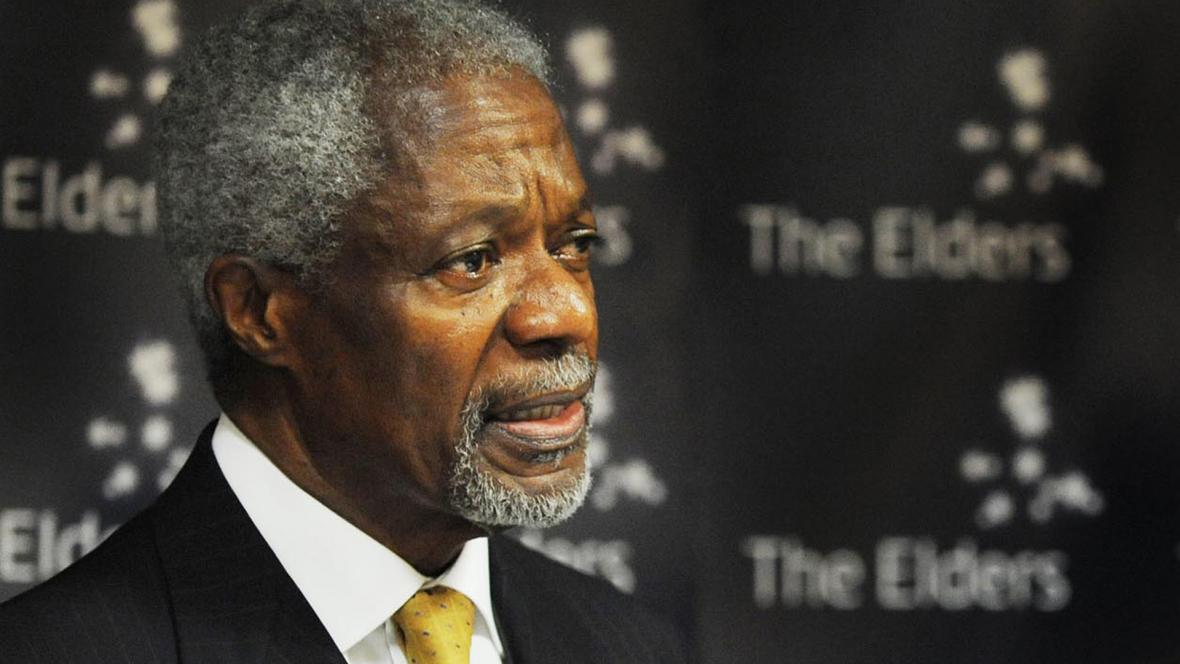 Mary Robinson reflects on the life of Kofi Annan, the values that were the driving force behind his sucesses and the legacy that must be defended in the face of rising populism and isolationism.

This speech was delivered at UNA-UK celebration of the life and legacy of Kofi Annan in London, UK on 3 June 2019.

Excellencies, ladies and gentlemen, dear friends; thank you for the opportunity to address you here this evening as we gather to honour the life and legacy of a truly remarkable man: Kofi Annan.

I was privileged to have worked for Kofi Annan during my time at the United Nations when I served as High Commissioner for Human Rights, and alongside him in his later years, as a member of the Elders, the group of independent global leaders founded by another remarkable African, Nelson Mandela, over a decade ago.

Kofi was a dear friend, and a monumental leader who leaves an enduring legacy.

It’s a legacy that touched millions of people – normal, everyday people, who would applaud him in the street; world leaders of all persuasions eager to meet him and be associated with him; and, most importantly in my view, young people who both wanted to learn from him but also felt they were listened to by him. This gathering here, in London, of so many friends of Kofi, from so many walks of life, is testament to the strength of his character and his ability to connect to people no matter their background, race or creed.

Kofi led the UN to some of its greatest achievements: the Millennium Development Goals, the Global Compact, and the establishment of the Office of the High Commissioner for Human Rights – which I had the huge honour of being appointed to by him in 1997.

As a result, I was able to witness at close quarters how his determination re-established the UN as a body to defend the poor and vulnerable, to provide support to those suffering injustice, and to be the custodian of equality and human rights.

He lifted the United Nations into the 21st Century and gave it relevance and immediacy in a world facing new challenges of inequality, injustice and, of course, climate change.

He also showed he was not afraid or ashamed to learn from mistakes, both individual and institutional, over the tragedies of Rwanda and Srebrenica, because Kofi was always driven by the determination to protect civilians, end impunity for war crimes and hold member states – particularly the permanent members of the Security Council – accountable for their actions, and indeed inaction.

None of this would have been possible without his courage, without his powers of persuasion, without what he called his “stubborn optimism” for the idea that, when we work together we can achieve great things.

In this current time of populism and isolationism, when polarised politics and self-interest have the upper hand, we dearly miss those qualities.

Kofi believed in shared solutions to shared problems; he believed in standing together with those fighting for peace, justice and human rights; and he believed in speaking out when others fell short in the face of wrongdoing.

These are the instincts that endeared him to the world. They are why he made a perfect chair for The Elders, with its mission to continue the legacy of another great African leader, Nelson Mandela – as well, of course, as following in the footsteps of our organisation’s first Chair, Archbishop Desmond Tutu.

Like Mandela, Kofi spent his whole life believing change is possible. He witnessed it in Ghana as a teenager when his home country gained independence, and he saw it time and time again in his 44 year career with the UN.

In situations where settling for opposition was easier than seeking agreement; where intransigence trumped co-operation; where political inertia beat political will – Kofi would remain stubbornly optimistic that a way forward could be found. And he was right many more times than he was not.

Kofi saw our role as Elders as an extension of his work on the issues closest to his heart – peace, justice and human rights. And he was fighting for these principles right to the end.

Last July, we travelled together to Johannesburg to mark Mandela’s centenary; taking part in public events; meeting young grassroots activists, President Cyril Ramaphosa, and President Barack Obama, who was delivering the Nelson Mandela Foundation Annual Lecture, as both Kofi and I had done in previous years.

In all these meetings and conversations, Kofi would again and again insist that peace, human rights and development are inextricably intertwined.

It struck me during these meetings how, after a long life exposed to some of the worst aspects of humanity, one might easily have expected Kofi Annan to lapse into despondency or fatalism.

Yet the opposite was true; he constantly declared himself to be an optimist, however challenging the environment in which he was working.

I believe this was because he saw the best in people, and he knew how to get the best out of people.

Kofi always thrived when meeting young people, listening to them, respecting them and encouraging them in their endeavours and ambitions. He would have been delighted to have seen so many in the audience here this evening.

“You are never too young to lead, and we are never too old to learn.” – a phrase that has become something of a soundbite for the Elders, as we continue this crucial intergenerational dialogue.

It’s a phrase that also feels incredibly pertinent as we watch with such admiration the young people and school children taking the lead in the battle against climate change.

I am sure Kofi would have drawn immense optimism from seeing such leadership from the younger generation as they demand action to address the climate emergency we all face. He would have rightly looked to those who are old enough to deliver policy change and demand that they show the same sense of urgency.

Kofi saw climate change as a threat to all humanity, he understood the injustice of it and how, without action, it will rob future generations of the rights and opportunities many of the current generation take for granted. If his legacy is to stand for anything, it should be the strength not to accept such an injustice.

Directly after the marking of Mandela’s centenary, where we also completed a symbolic walk together with hundreds of people around the streets of Johannesburg, Kofi, Lakhdar Brahimi and I undertook an Elders mission to Zimbabwe, just before the country’s elections.

It was to be a difficult and demanding mission and Kofi was clearly struggling. This would be his last public engagement.  But despite his health failing, he showed no sign that his drive to make the world a better place had diminished.  His passion, his determination, his optimism were as strong as ever.

Kofi would also often quote Yeats in his speeches, including the line in The Second Coming that “the best lack all conviction, while the worst are full of passionate intensity”.

But I believe his life is a rebuke to the great poet. Kofi Annan was driven by the passionate intensity of the very best convictions: that peace, justice and human rights are not only to be desired but essential values that must be fought for.

His was a courageous, inspirational, warm and humane life. He will leave a legacy that will echo down the generations. 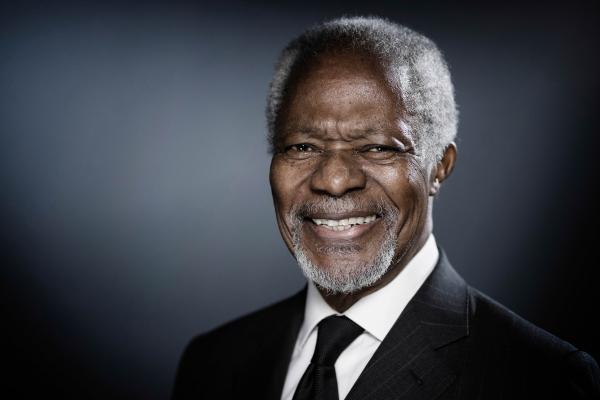 On 3-4 June 2019, Chatham House and UNA-UK are hosting a conference exploring Kofi Annan’s legacy for the future of global governance.