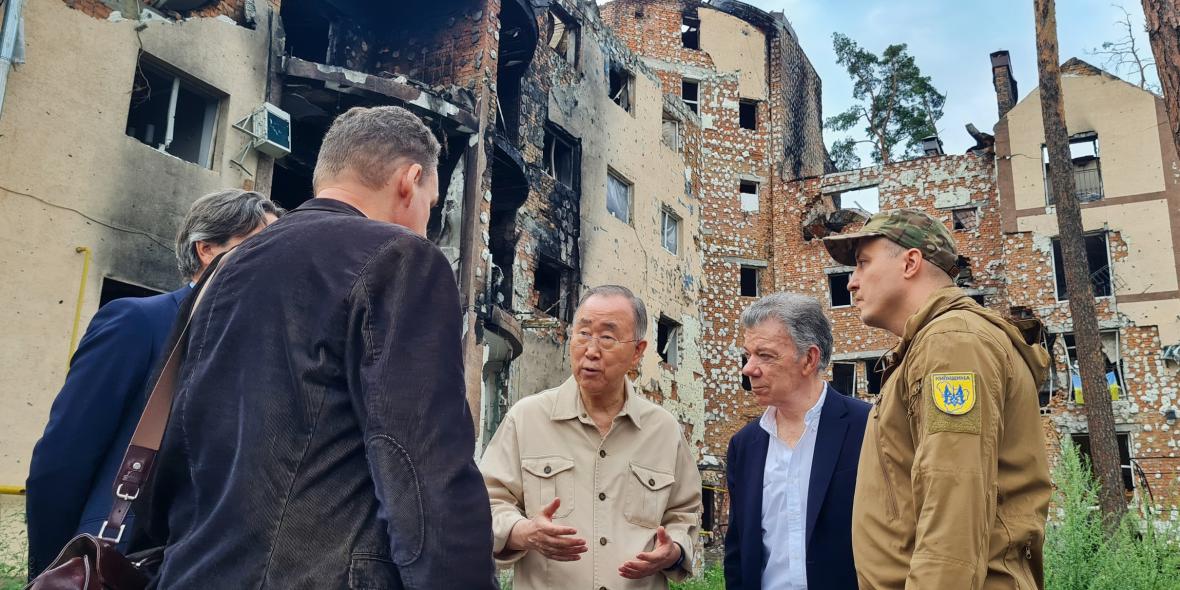 Ban Ki-moon visits Irpin in Ukraine. Photo: Paul Kuzmickas / The Elders
2 September 2022
Ban Ki-moon reflects on his recent visit to Ukraine, the need for international solidarity and the global threat of nuclear weapons.

Last month, I visited Kyiv with my fellow Elder Juan Manuel Santos to witness the horror and devastation inflicted by Russia’s war and to offer our support and solidarity to the people of Ukraine.

Upon arriving in the country, we visited Bucha and Irpin, two sites shaken by the atrocities and violence committed by the Russian forces. We then met with senior government figures in Kyiv, including President Volodymr Zelenskyy, to discuss Ukraine’s security, Russian accountability, and how to broaden international solidarity.

As Elders from Latin America and Asia, Juan Manuel Santos and I visited Kyiv to emphasise that support for Ukraine comes from all over the world. We believe that international solidarity needs to be global, not just from NATO countries. It is the responsibility of all member states of the United Nations to uphold the core principles of the UN Charter and maintain a clear position when these are violated.

The people of Ukraine have the right to their sovereignty, territorial integrity and self-defence, and continue to demonstrate resilience and courage in the face of oppression and adversity. Russia’s war on Ukraine is a moral outrage and the world must strongly resist the normalisation of the war’s horror and injustice. We owe it to all those who continue to suffer, and to all the lives already lost, to do everything we can to end Russia’s aggression and see a just and sustainable peace achieved.

Russia’s war in Ukraine has also highlighted the ever-present threats to world peace posed by nuclear weapons. The Elders remain deeply concerned by President Putin’s threats of nuclear escalation issued in the initial stages of the Russian invasion, as well the precarious situation around the Zaporizhzhia nuclear power plant in Ukraine.

Advancing nuclear non-proliferation efforts must be a global priority. In this regard, The Elders have consistently supported the 2015 nuclear deal known as the Joint Comprehensive Plan of Action (JCPOA). Last month we called on Iran, the United States and all other participants in the Vienna negotiations to endorse the latest proposals to resolve the long-running talks about the future of the nuclear deal. We hope to see a return to full compliance by both Iran and the United States to improve the chances of prosperity in Iran and peace in the Persian Gulf.

Peace, justice and human rights are the guiding principles of The Elders. Alongside Ukraine, we have spoken out recently on Israel and Palestine and nuclear non-proliferation. As our dearly-missed friend and former Chair Desmond Tutu said, “If you are neutral in situations of injustice, you have chosen the side of the oppressor.” Guided by his words and Nelson Mandela’s mandate, we will continue to call for a fairer world in the face of the most pressing challenges of our time.

The Elders call for increased international support for Ukraine and stress that neutrality is not a moral option in the face of continued Russian aggression.
Español
Русский
українська

The Elders call for participants in the Vienna negotiations to endorse the latest proposals to resolve the talks about the future of the nuclear deal.
Elders Statements

The Elders welcome historic breakthrough on loss and damage at COP27, but call on G20 leaders to phase out fossil fuels faster
Mary Robinson Ban Ki-moon Graça Machel
20 Nov 2022
Elders Statement: The agreement reached at COP27 in Egypt shows that solidarity and co-operation between nations on the world’s most pressing issues is possible through negotiation and compromise, even in testing times.
Guest Blogs 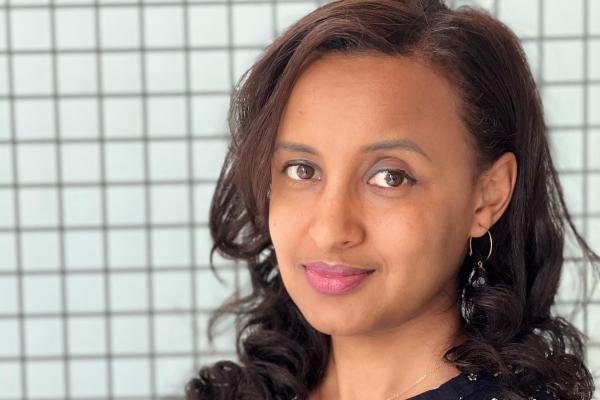 No more empty pledges at COP27: We need inclusive action on climate finance
27 Oct 2022
With a foreword by Ban Ki-moon, Selamawit Desta Wubet urges for an inclusive COP and the delivery of climate finance.
News 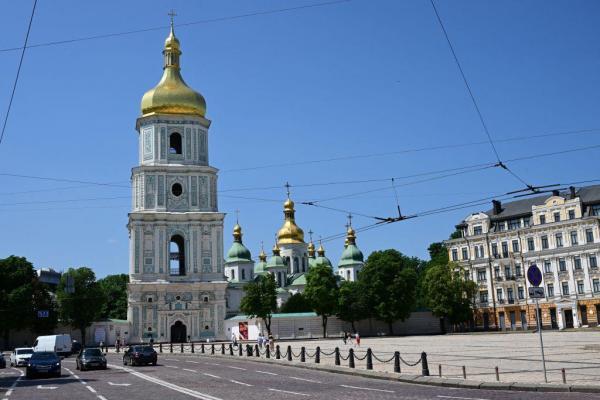 The Elders condemn Russia’s annexation of Ukrainian territories
Ban Ki-moon
30 Sep 2022
They urge all UN member states not to recognise Russian authority in these regions, and publicly support Ukraine’s right to defend its territory and sovereignty.