COVID-19 should not justify erosion of rights for most marginalised 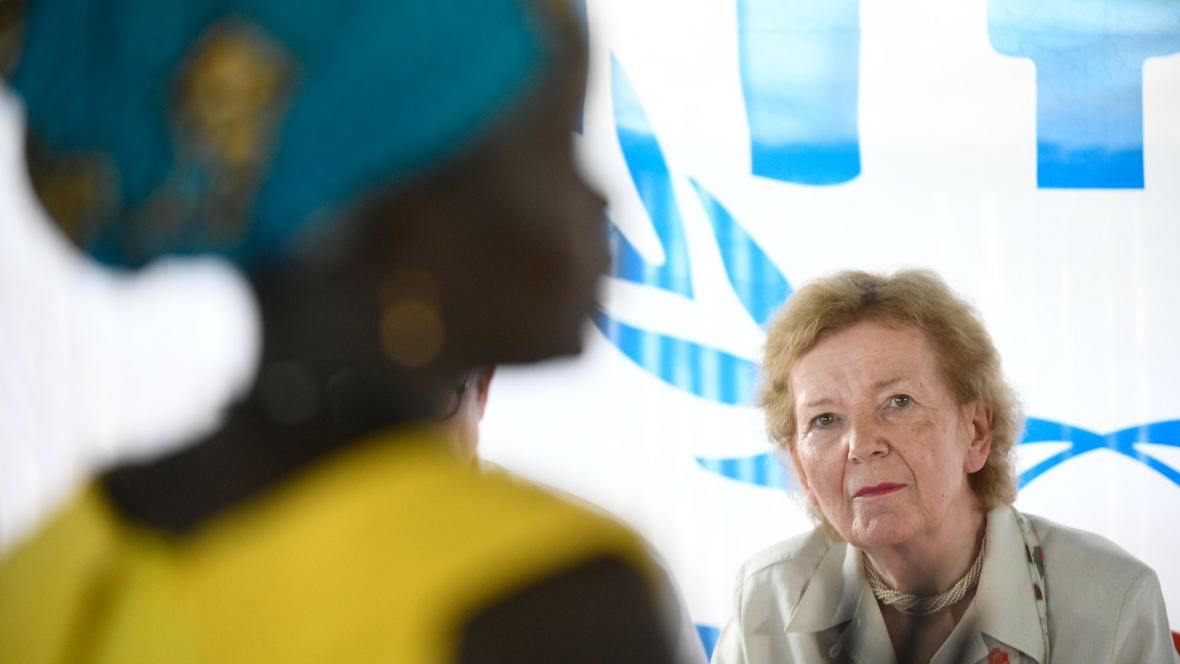 Mary Robinson listens to refugees during a visit to Nguenyyiel in the Gabela region of Ethiopia in May 2019. (Photo: The Elders / Michael Tewelde)
19 June 2020

The impact of the COVID-19 pandemic is being felt in every part of Europe. The EU and national governments have resorted to extraordinary measures to tackle the crisis, including temporary border closures and other restrictions on freedom of movement.

As some European countries begin to ease their lockdown measures, it is vital that the rights of refugees and migrants are not overlooked or undermined in the “new normal”.

As a former European head of state and UN High Commissioner for Human Rights, I am deeply troubled by recent reports of assaults and degrading treatment against migrants and asylum seekers in Croatia.

It is right that the EU Commission is planning to send a monitoring mission to remind border guards of their responsibilities under international law, and I hope this proceeds in a rapid and robust fashion.

World Refugee Day reminds us that the root causes driving people to seek shelter on European shores have not gone away, and in many cases have been exacerbated by the pandemic.

Wars still continue to rage from Syria to the Sahel, despite the call by the UN Secretary-General António Guterres for a global ceasefire.

In 2019, 33.4 million people were internally displaced due to conflicts and natural disasters across 145 countries. All of these people are particularly vulnerable to the pandemic and deserve urgent protection.

All leaders must frame their COVID-19 responses within existing obligations under international law. Whilst states may temporarily close their borders to limit transmission, any such measures should be non-discriminatory, necessary, proportionate and reasonable in all circumstances.

It is understandable and proper that a leader’s first priority is to take care of the people they govern. But in a global crisis, attention must also be paid to those groups of marginalised people whose situations transcend national borders: refugees, asylum seekers and migrants. Furthermore, public health measures put in place to protect citizens should not exclude those with irregular status, or be used to further isolate or punish them.

Sadly, examples abound of precisely this sort of exclusion in Europe’s Mediterranean neighbours. In Lebanon, at least 21 municipalities have introduced discriminatory restrictions on Syrian refugees that do not apply to Lebanese residents.

In Palestine, the Israeli Civil Administration has continued to demolish properties and water and hygiene structures in the West Bank, while the annexation plans of the new Israeli coalition government will further weaken Palestinian rights and governance mechanisms when they are needed more than ever to protect lives.

Refugees and migrants are often the “canaries in the coal mine” for new, repressive measures introduced by national governments. Human rights defenders worldwide need to be vigilant that politicians claiming to act in the “national interest” in this time of crisis do not roll back rights and democratic safeguards for these groups, thus setting an ominous precedent for future measures targeting the whole population.

COVID-19 has already shone an unflattering light on global inequalities and the failure of leaders to act in a way that supports the multilateral, rules-based system of global governance. It also exposes slogans of national superiority or impregnability as hollow and baseless. The economic impact of the virus risks plunging the world into a deep depression, with workers and economies in the developing world dangerously exposed to poverty.

Only a coordinated, cooperative response based on humanitarian principles and human rights can hope to tackle the pandemic and its impact in a sustainable and just way.

Some European countries have shown the lead. Portugal’s decision early on in the pandemic to grant temporary citizenship to migrants so they can access urgent healthcare was bold and welcome. Prime Minister Costa has set an example in his commitment to democracy and humanitarian principles that all other leaders should follow.

There is also historical precedent for such an approach. A century ago, as much of Europe lay in ruins after the First World War and in the face of much opposition from politicians in the Allied Powers, the great Norwegian diplomat and humanitarian Fridtjof Nansen organised emergency relief for starving civilians across the Continent.

He was awarded the Nobel Peace Prize in 1922. In his acceptance speech, he reflected that: “They call us romantics, weak, stupid, sentimental idealists, perhaps because we have some faith in the good which exists even in our opponents and because we believe that kindness achieves more than cruelty.”

Today, in the face of this invisible killer, the world needs to respond with Nansen’s spirit of generosity and open-hearted humanity. Anything less risks bequeathing a legacy of bitterness, division and loss for which no vaccine can be found.

Nothing About Us, Without Us: the Global Refugee-Led Network

As the Global Refugee Forum takes place on 17-18 December, our guest bloggers, Mohammed Badran and Sana Mustafa explore the importance of refugee voices in the decision-making process. 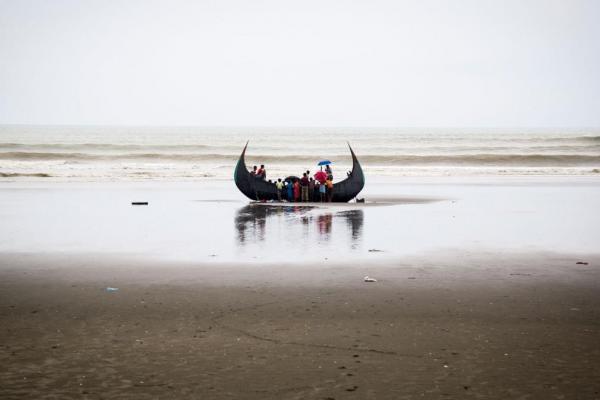 Wealthy countries must meet their commitments to refugees
Hina Jilani
15 Dec 2021
Speaking at the HLOM, Hina Jilani expresses the importance of recommitment from wealthy countries to preserve the integrity of the global asylum system.
Media Release 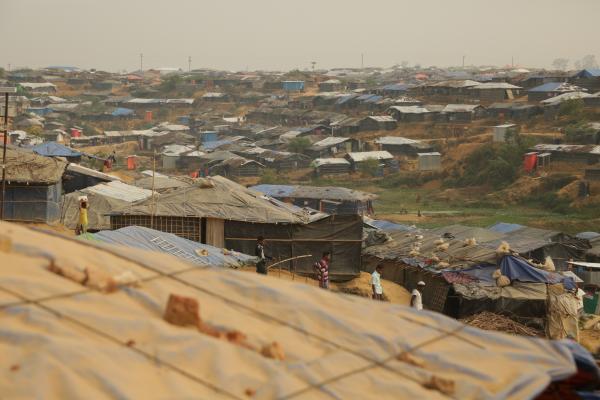 The Elders call for greater ambition and empathy from world leaders on refugees
Ban Ki-moon
06 Dec 2021
Ahead of the HLOM, The Elders are calling for the expansion of safe routes and an end to hostile asylum policies.
Opinion