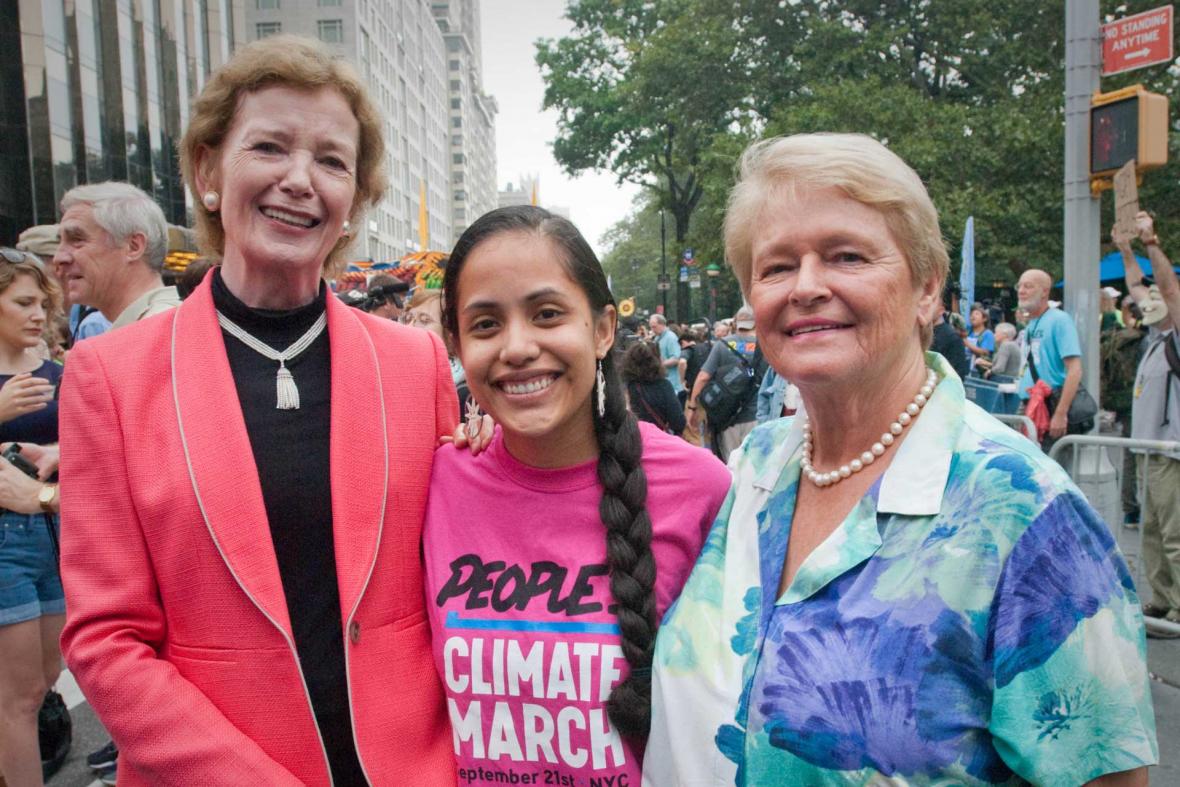 Ahead of the Climate Summit that will take place in New York on 23 September 2019, The Elders call on world leaders to take the radical and decisive action needed to curb global emissions, end reliance on fossil fuels and to keep global temperature rises to 1.5 degrees Celsius.

The Elders today urged leaders to listen to the demands from climate strikers to take responsibility and action on the climate emergency facing humanity. They welcomed the upcoming Climate Action Summit as an opportunity for leaders to achieve the objectives of the Paris Agreement and the Sustainable Development Goals, but emphasised that unprecedented efforts will be needed from all nations. The Elders acknowledged the anger and determination of young people leading climate strikes and other protests. This is born out of the failure of generation after generation of leaders to act decisively on climate change.

“We need to have the courage to boldly step away from the status quo and make the changes that are needed for our planet.”

The Elders reaffirmed the urgent need to eliminate fossil fuel subsidies, for both production and consumption of fossil fuels such as coal, oil and gas, and to set a price on carbon. Planned closures of existing coal plants must be accelerated, and no new ones created anywhere in the world.

They emphasised the need to manage resources so vulnerable communities can invest in green technologies and adapt to the impacts of climate change. Carbon offsetting or the introduction of new technologies is not enough.

“It is no longer a question of choices, but an obligation to prevent catastrophe”: Graça Machel, Deputy Chair of the Elders.

“The younger generation has now taken the lead in demanding climate action. They shame all of us who didn’t act soon enough in influencing and delivering policy change. Young people are the least responsible for the causes of climate change and yet it is they who will unfairly inherit a legacy they did not choose and do not deserve”

The only credible response to this climate emergency needs to recognise this intergenerational injustice, and the intersectionality of other major challenges facing humanity. Climate change exacerbates the likelihood of the spread of disease, of conflicts, of gender and racial inequality and of environmentally-forced migration. The Elders urged governments to work with determination towards a just transition for all. This has to include women as key decision makers.

Climate action demands courageous leadership. Concerted citizens standing together can confront the vested political, business and economic interests that maintain our current unequal order. The Elders expressed their solidarity with this growing movement for climate justice and urged leaders to take the bold decisions needed for our planet and its people.

On 15 March students from around the world will join a global Youth Strike for Climate to demand that their leaders urgently take climate action. Extinction Rebellion Activist Farhana Yamin and #YouthStrike4Climate organiser Jake Woodier explain why.
Publications

It will take all of us: never too young to lead on the climate crisis
15 Apr 2020
On Earth Day 2020, Mary Robinson launched this series of intergenerational blogs. In her special Earth Day message, Mary Robinson outlined the need for us to respond to the global challenges we face in solidarity.
Speeches and Discussions 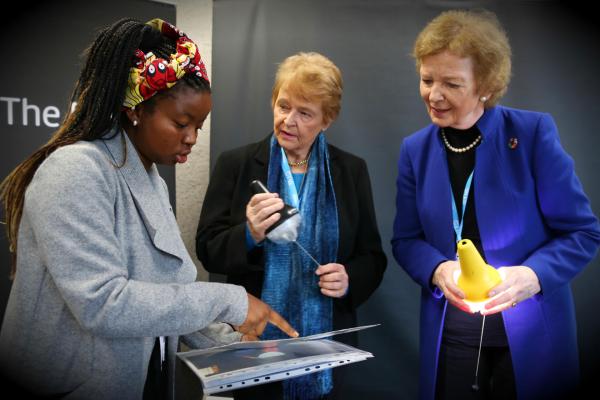