The Elders warn against US, Russian nuclear strategy escalation

The Elders warn against provocative statements from the United States and Russia and urge the leaders of both countries to work together to avoid a dangerous escalation of nuclear tensions.

"I urge the leaders of Russia and the United States to work together in the common interests of peace and humanity." - Martti Ahtisaari

The Elders warned today that new nuclear doctrines and defence rhetoric from the United States and Russia risk a dangerous escalation of tensions that threaten the foundations of global multilateral security infrastructure.

They expressed their concern at the review of nuclear posture recently announced by the United States that raised the prospect of “low-yield” nuclear weapons and a possible nuclear strike in response to a non-nuclear threat.

The Elders also voiced their alarm at the claims in President Vladimir Putin’s state of the union address that Russia has developed a new array of nuclear weapons delivery systems designed to avoid detection.

More fundamentally, The Elders warned that provocative statements from the two sides weakened existing nuclear non-proliferation agreements, and the prospects for their renewal – and that this sends a dangerous signal to other nuclear powers and those with aspirations to secure nuclear weapons for themselves.

“The United States and Russia have a particular responsibility as the world’s largest nuclear powers to work together to maintain and strengthen the arms control agreements that have obtained from before the end of the Cold War. Any political or strategic shifts that risk lowering the threshold for nuclear war are dangerously short-sighted, especially in the current climate of geopolitical tension.”

“The optimism many of us felt about the prospects for significant multilateral nuclear disarmament after the end of the Cold War has sadly faded in today’s era of mistrust and rivalry between the two main nuclear superpowers. But the need for responsible action to sustain and strengthen disarmament and arms control processes is greater than ever. I urge the leaders of Russia and the United States to work together in the common interests of peace and humanity.” 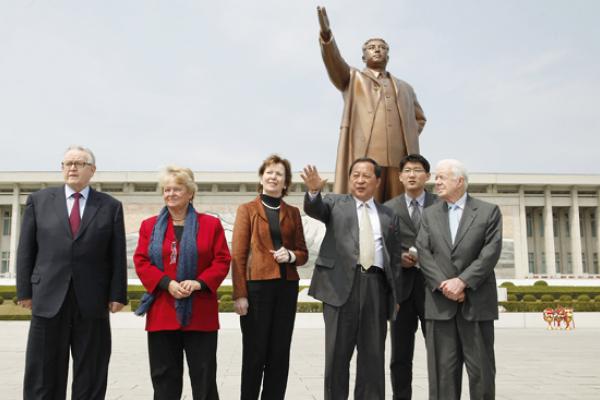