Let us unite across generations to protect our planet 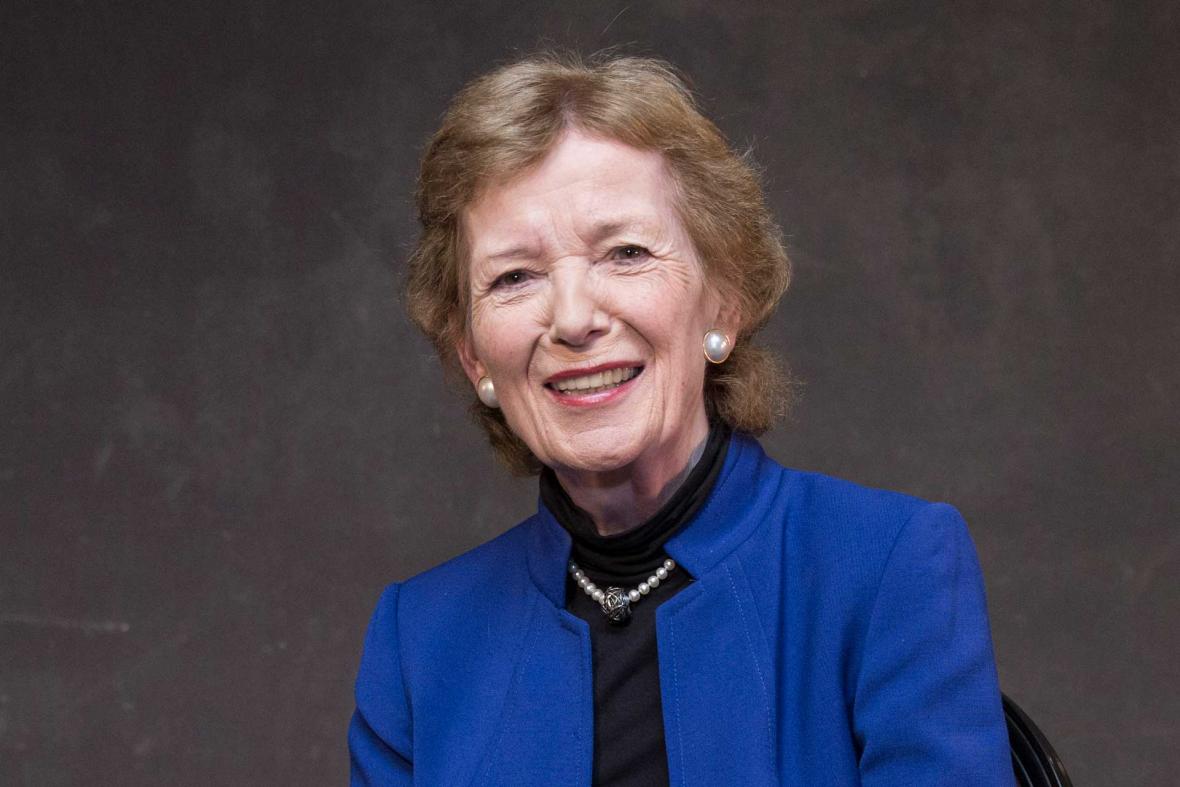 This speech was delivered at the Protect Our Planet (POP) Festival of Youth-Led Climate Action on 4 December 2020.

I am delighted to contribute to this, the second International Conference & POP Festival for Youth-Led Climate Action.

I have been told this is a truly global gathering today - that we have young people joining us from every corner of the world.

In some ways it is wonderful to see so many young people taking up the issue of climate change and demonstrating such leadership in their contexts and communities.

In some ways it is also a tragedy.

Future historians may find it hard to explain why, at the start of the 21st Century, so often it has been you, the children and youth, exhibiting the bold leadership needed to tackle the climate crisis and not more senior figures in society. They may rightly ask why your parents and grandparents acted so late.

Perhaps they might say our slow reaction to both the causes and impacts of the crisis were the fault of institutions that have tended to work in silos and through government structures set up in a different era.

Perhaps they will blame the greed of short-term thinking and economic gain of the few that was placed above the wellbeing of the majority.

Maybe they will say that the scale of the climate change challenge was so huge, the risks so complex, that we had simply has neither the skill nor the will to address it.

But what we cannot deny in the year 2020 is knowing what we are up against or what we need to do.

We have the scientific knowledge - we know that the world is already 1° C hotter than it was between 1850 and 1900. From more frequent and extreme storms to unprecedented heatwaves, we’re already feeling the impacts of human-caused global warming. The science tells us this will get worse. And, if we do not urgently and radically change human behaviour, in many parts of the world conditions will become unliveable.

We have international agreements for change - In 2015, 196 countries signed on to a collective plan to combat climate change and adapt to its impacts. In signing the Paris Agreement world leaders decided to eliminate the release of heat-trapping gasses by 2050. To do this, they committed to cutting their national emissions over time.

Young people like yourselves have continued to demand climate action and action for peace and justice throughout 2020, despite the constraints imposed on all of us by the COVID-19 pandemic.

According to the UN Secretary-General’s Report on Youth, Peace and Security presented to the Security Council earlier in 2020, “Young people face significant challenges stemming from globalisation, violence, demographic shifts, inequalities, new technologies, forced displacement, shrinking civic space, changing labour markets, and climate change.” For those of you joining this conference, these words will be no surprise. You will already be experiencing some of these acute challenges.

Estimates indicate that young people between 15 and 24 years of age number 1.2 billion and account for more than 15 per cent of the global population. You are part of the largest youth population in human history.

When we look at the poorest countries in the world, we see that their populations predominantly consist of young people. When we look at the most fragile situations, countries where conflict is a daily reality, we see large youth populations. For example, in countries like Somalia, the Democratic Republic of the Congo, South Sudan, Sudan, Afghanistan, and Mali, up to 80 percent of the population are under the age of 30.

And history tells us that young people, with all their potential, can go in two directions. Either they become productive members of their society sharing all of that potential and talent, or they see no prospects for themselves or their families. And a huge number of young people with no serious prospects in life brings a lot of risks. It is vital we actively involve youth in peace, security, and climate governance work and decisions.

So, what can we do so that historians in the future might look back at us all more favourably?

What I like about the intergenerational dialogue today is that it is different. It is no longer just the elder imparting wisdom to the young person who listens respectfully. It is a more balanced exchange, because the young are digitally smart and have a vision of the future they want. It is a dialogue where we learn from each other and we learn together.

We need sustained and transparent dialogue - at all levels - between youth and decision makers so that your ideas are both heard and implemented. Conferences like this are inspiring and provide a space for learning and discussion. However, we also need to ensure all young people have access to a decent education, so they are able to participate in decision-making. This means increasing public access to important decision-making events and processes, and is especially important for historically under-served and marginalised communities, vulnerable populations, and indigenous peoples.

As young people you may not think you can play a role in this, but you can! You can put pressure on your local and national governments to include young people in their decision-making. As young adults, you have a responsibility to vote and get involved in the political process. If you are already a young person from a group in society that has the privilege of being heard, consider offering up your seat at the table for a young person from a marginalised group or one who wouldn’t otherwise be listened to. Be generous in the way you support each other.

But let me be clear, the burden should not be on the youth to change! One of the greatest injustices of all, when we think about the climate crisis, is the awful weight of responsibility it places on your generation and future generations.

We need leaders to amplify your voices in their respective communities. We need more opportunities for youth to cultivate leadership capacities, and we need to see the kind of collaboration that is imperative in addressing global crises like the climate emergency.

Climate change is a unique security challenge; it is an enemy with no leader and with no manifesto. But it is not an invisible enemy. It is already destabilising societies, and it is gaining strength.

Often, we describe climate change as a ‘risk multiplier’ or even a ‘catalyst’ of conflict. But it is not nature herself that is against us - quite the opposite. Perhaps the most tragic thing about this crisis is that this adversary is a foe of our own making. And both nature and humanity are now suffering. Our unsustainable consumption of Earth’s resources, and our reliance on fossil fuels, means that there are already inevitable consequences of climate change. But we do have an opportunity to tackle this opponent and reduce the risks. We have a chance to build back a better world.

I do not use social media much myself, but I have come across this phrase that is apparently popular as a hashtag on Instagram and Twitter: 2020 is cancelled.

I understand why many people would wish to cancel this year. It has been a terrible and hard year for our whole world. So many have suffered because of the coronavirus pandemic and many more will continue to suffer as our economies struggle to recovery. COVID-19 has dealt an historic blow, and we have all been left reeling. But the truth is that we cannot afford to cancel this year or any year. As young activist Greta Thunberg famously said in 2019, “Change is coming whether we like it or not”.

But what has not yet been determined is what kind of change we will see.

My challenge to you today is to consider what is possible if we all pull together to rewrite the history books before they are even written. We still have the opportunity to embrace the future with bravery, tenacity and action. And it will take all of us – you, the young people, holding those in power to account, and those of us who are a little older doing all we can to put pressure on governments to radically alter the trajectory we are on.

To finish with the words of another young climate activist, David Imbago from Ecuador:

“It is about uniting against a common adversary that requires collaboration, intelligence and, most important, willingness to take responsibility and action … We have the facts, we have the evidence and we also have power, the power to hold governments accountable but also to speak up and mobilise our communities to take action.”

Thank you for already being part of a movement of young people taking action, mobilising and speaking up.

This crisis needs of all of us; united, across generations. Together, let us do our best to deliver a healthier, happier and more secure future.

Why are we not speaking about the intersection of health and climate change?

Noting that it took a global pandemic to raise the importance of public health, David Imbago Jácome, a medical doctor from Ecuador, calls for a healthy recovery that takes care of both the most vulnerable and the planet. 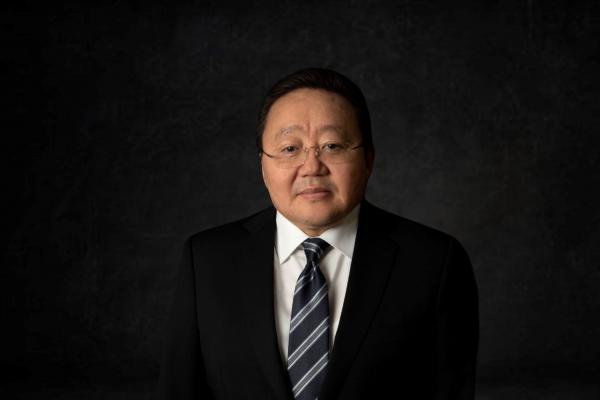