Multilateral solutions are vital to tackling the global challenges we face 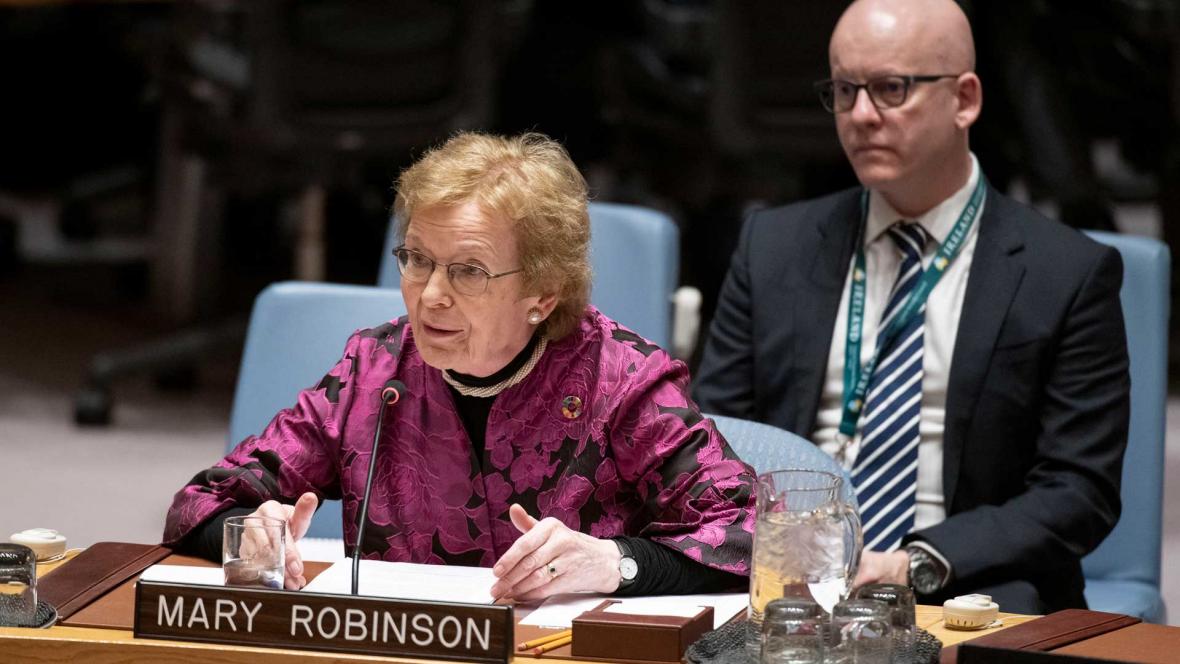 As the United Nations marks the start of its 75th year, Mary Robinson addresses the Security Council on multilateralism, nuclear arms control and gender equality.

The following is a transcript of her 9 January 2020 speech.

I am honoured to address the Security Council again as Chair of The Elders at this important Open Debate, and I thank the Government of the Socialist Republic of Vietnam for the invitation.

As we mark the 75th anniversary of the United Nations Charter I wish that the Founder of The Elders, Nelson Mandela, could address you in his powerful and inimitable voice with his strong vision and purpose. Instead you have me, with my Irish accent, humbly trying to rise to the occasion.

For rise to the occasion we must.

At the start of a new year and a new decade The Elders are clear that the world faces two distinct existential threats: – nuclear proliferation, and the climate crisis. Responding to these threats is critical, but made harder at a time when multilateral co-operation is being undermined by populism and nationalism.

The Elders issued a statement in early December in which we urged:

“all world leaders to acknowledge that effective multilateralism is in their own national interest, regardless of size or strength. Getting others to cooperate by means of internationally-agreed mechanisms is less costly and more reliable than unilateral force.”

This collaborative approach is at the heart of the UN Charter, and the only way in which we can hope to tackle challenges such as the climate crisis and nuclear proliferation.

We also need this sense of cooperation as the world seeks to address the alarming escalation of tensions in the Middle East.

Indeed, it is my understanding that Iran’s foreign minister Javad Zarif was due to address this Chamber today. He was going to speak about the role of the UN Charter in supporting international peace and security, but has been prevented from doing so as tensions have risen between Iran and the US.

This is highly regrettable – it is precisely in times such as these that we need to hear the voices of all concerned.

Indeed, Chapter VI of the UN Charter requires parties to any dispute that threatens international peace and security to hold negotiations or use other peaceful means to resolve their conflict. The gravity of the current situation in the Middle East means that dialogue and negotiations are urgently needed, and I urge the Representatives in this room to consider what the UN can do to bring them to the table in the spirit of its Charter.

Honorable President and distinguished Members of the Council, what we need today is a new vision and bold sense of purpose on how we will tackle the scourge of war.

On nuclear arms control, The Elders have spoken out clearly and forcefully about the need for all nuclear powers to get serious about disarmament and to pursue policies of nuclear minimization to preserve peace for future generations.

The Elders hope that, instead of a new arms race in 2020, we see a re-energised Nuclear Non-Proliferation Treaty, and agreement between the United States and the Russian Federation to extend new START until 2026.

On the climate crisis, The Elders recognize the need for a bold new initiative. The disappointing outcome of COP25 in Madrid shows that there is still insufficient political will for urgent, collective action to avert catastrophe. We need a new mindset.

There are those, for instance, who call for work to begin on a new Fossil Fuel Non-Proliferation Treaty – a bold and innovative idea that seeks to bring transparency, accountability and agreement to the cessation of fossil fuel production in a way that supports jobs and livelihoods.

New ideas like these are needed – a new mindset that recognises the urgency of the challenge the IPCC posed in its report on warming at 1.5˚C. New ideas borne from a shared understanding that we need to reduce global carbon emissions by 45% by 2030.

The Security Council should be a key player in shaping this new mindset. But, unfortunately, it is seen by many as not being fit for purpose.

Too many members, not least those with the special responsibility of holding Permanent Seats, treat it as a forum for advancing their own narrow interests rather than a means of addressing common challenges.

Honorable President and distinguished Members of the Council, I address you today as a woman and indeed a grandmother. If women had equal power in the world today, I believe we would have a very different – problem solving – way of dealing with the challenges we face.

Women drew up a remarkable agenda in Beijing 25 years ago, but not enough progress has been made since to really champion equality – and both within and without the UN, women now face a backlash in marking that anniversary.

I ask you in particular to give greater priority to the terrible problem of systemic violence and discrimination against women and girls – a  cause of such immense suffering.

I call on you to implement – with full funding – the numerous Council Resolutions dealing with gender inequality. This should start with Security Council Resolution 1325, the 20th anniversary of which we will mark this year.

I also urge you to listen to the children and young people who have come together in their millions to strike for Fridays for Future. They have understood the importance of thinking globally and acting locally. They are bonded together by the threat they see posed by the climate emergency. This bond has enabled them to reach out in solidarity – and even love – to those most vulnerable, most affected, and least responsible for what is causing the climate crisis. They are asking us not to listen to them but to listen to the science. We should all take heed.

We need a bold new vision, where every country, city and corporation commits to being carbon neutral by 2050.

We need a change of mindset to enable a just transition to clean energy in a way that allows us to stay at or below 1.5°C of warming.

We need to put a proper price on carbon.

Every country needs to take seriously the report of the Global Commission on Adaptation and build resilience in communities for the new normal we are experiencing; an experience exemplified by the terrible bushfires in Australia.

The calls for action are getting louder. Civil society is coming together for a “People and Planet 2020” call to action on January 20th, and Earth Day + 50 in April promises to see the greatest mobilization in human history.

When Nelson Mandela addressed the UN General Assembly on 3rd October 1994 as President of South Africa he posed this question:

“given the interdependence of the nations of the world, what is it that we can and must do to ensure that democracy, peace and prosperity prevail everywhere?”

To which he suggested a new initiative was needed, one that

“should inspire all of humanity because of the seriousness of its intent.”

The time for such a new initiative to protect people and planet is surely now. Future generations will neither forget nor forgive if we squander this opportunity. 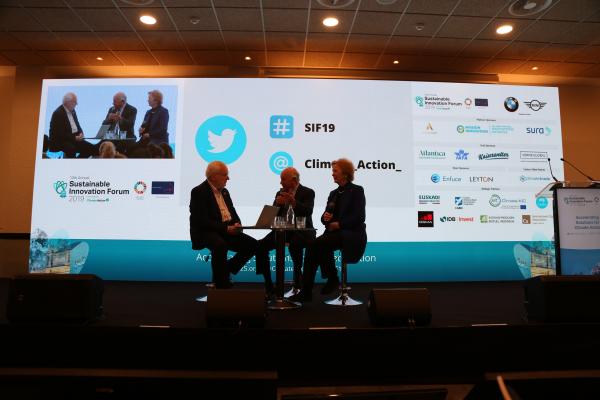 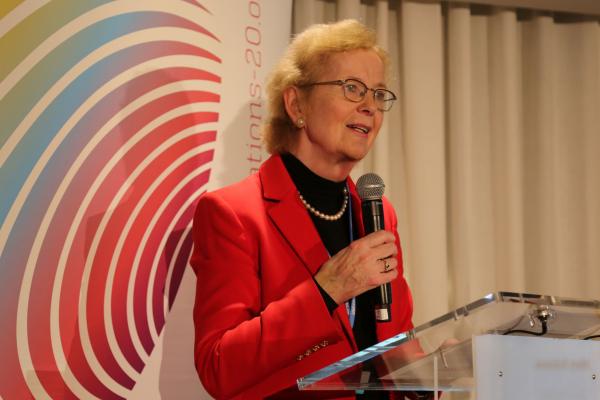 The Elders' statement on the unprecedented attack on multilateralism 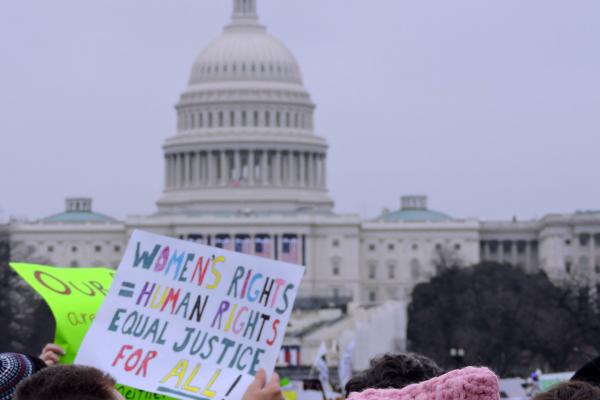 Violence against women is a global injustice

Access to justice is crucial in the fight to end violence against women.
Elders Statements 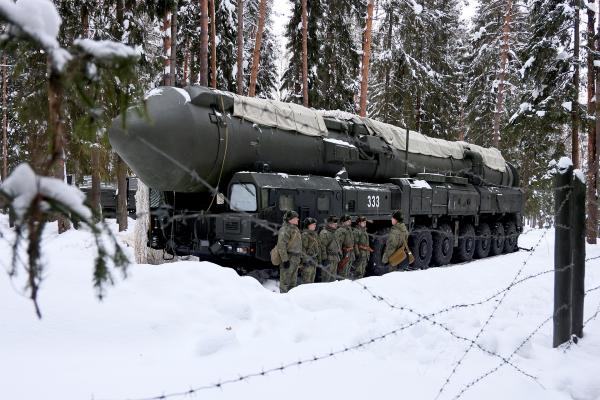