The Elders' Debate on BBC Global – the highlights

Kofi Annan, Jimmy Carter, Hina Jilani and Mary Robinson took part in a live broadcast debate on BBC World to discuss some of the world's biggest issues, from Syria and Ukraine to migration and extremism.

“You cannot stop migration, you can only manage it effectively.”

Earlier this week, four Elders appeared on BBC World’s Global with Matthew Amroliwala, a TV show broadcast to over 200 countries.

Kofi Annan, Jimmy Carter, Hina Jilani and Mary Robinson fielded questions from social media and from a studio audience of young people from around the world.

What would you ask @TheElders? We'll ask your questions during #EldersDebate on @BBCWorld TV, June 2, 1500 GMT pic.twitter.com/LWkIFXszZR 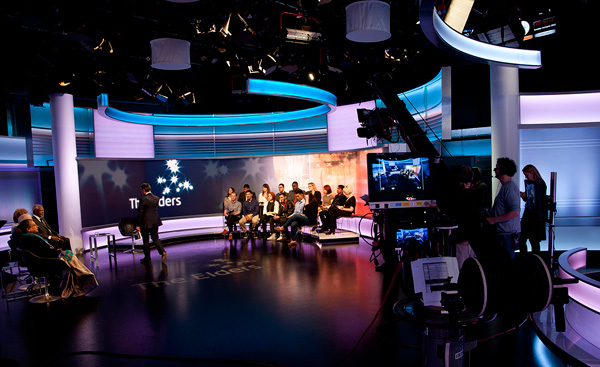 One member of the audience asked the Elders: who is responsible for acting against the rise of Islamic State?

The resounding answer they gave was that this issue unites everyone. Kofi Annan called for a coalition to bring together the regional powers – Saudi Arabia, Iran, Turkey – with the United States and members of the UN Security Council.

"We cannot allow #IS to continue their brutality unchecked. We need a coalition of US and regional powers" @KofiAnnan #EldersDebate

Jimmy Carter: "IS is a perfect example for the UNSC to act in unity. Russia fears Islamic State as much as anyone else" #EldersDebate 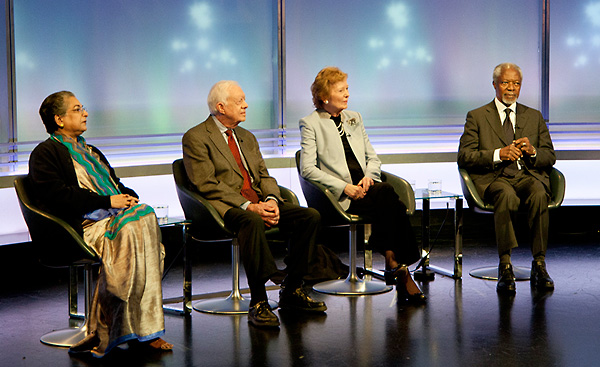 Hina Jilani added, when the discussion turned to balancing religion in the region:

“It is not about religion, it is about control. The extreme brutality that people are experiencing at the hands of the group is not because of religion.”

On the topic of migration, the Elders were pragmatic. Jimmy Carter urged Europe to take greater steps to solve the crisis while Kofi Annan emphasised the inevitability of migration.

Some believe migration can be stopped. You cannot stop migration, you can only manage it effectively. #EldersDebate #BBC

'We need to remember that our common humanity. These #migrants are mothers, fathers, sisters, brothers' - Mary Robinson #EldersDebate

Asked about their recent visit to Russia and the outlook for Ukraine, Jimmy Carter stated his belief in President Putin's support for the Minsk II agreement.

The debate ended with each Elder being asked what advice they'd give their 18-year-old self. Each Elder answered differently:

Mary Robinson's advice was to "Seek forgiveness, not permission." She added that people should be "pushing the button" – taking actions into their own hands instead of waiting for others.

Jimmy Carter's advice was to himself when he first became a leader:

"Make sure the US becomes the champion of peace and human rights in the world. I don’t think we’ve met that standard but it’s not too late, perhaps." 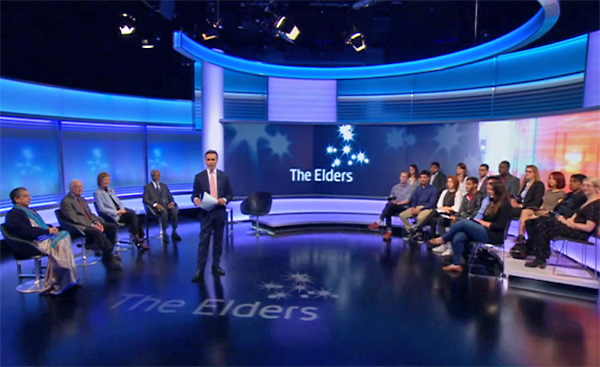 2015: A tough year for democracy and human rights

Looking ahead to the opportunities of 2015, Gro Harlem Brundtland argues that democracy and human rights are inextricably linked with a global response to climate change and gender inequality. 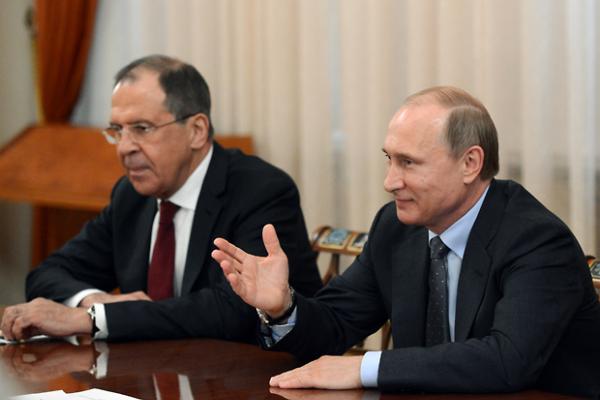 Six Elders were in Moscow in late April to meet President Vladimir Putin and Russian officials to hear their approach to a variety of current geopolitical crises, in particular the situation in Ukraine.