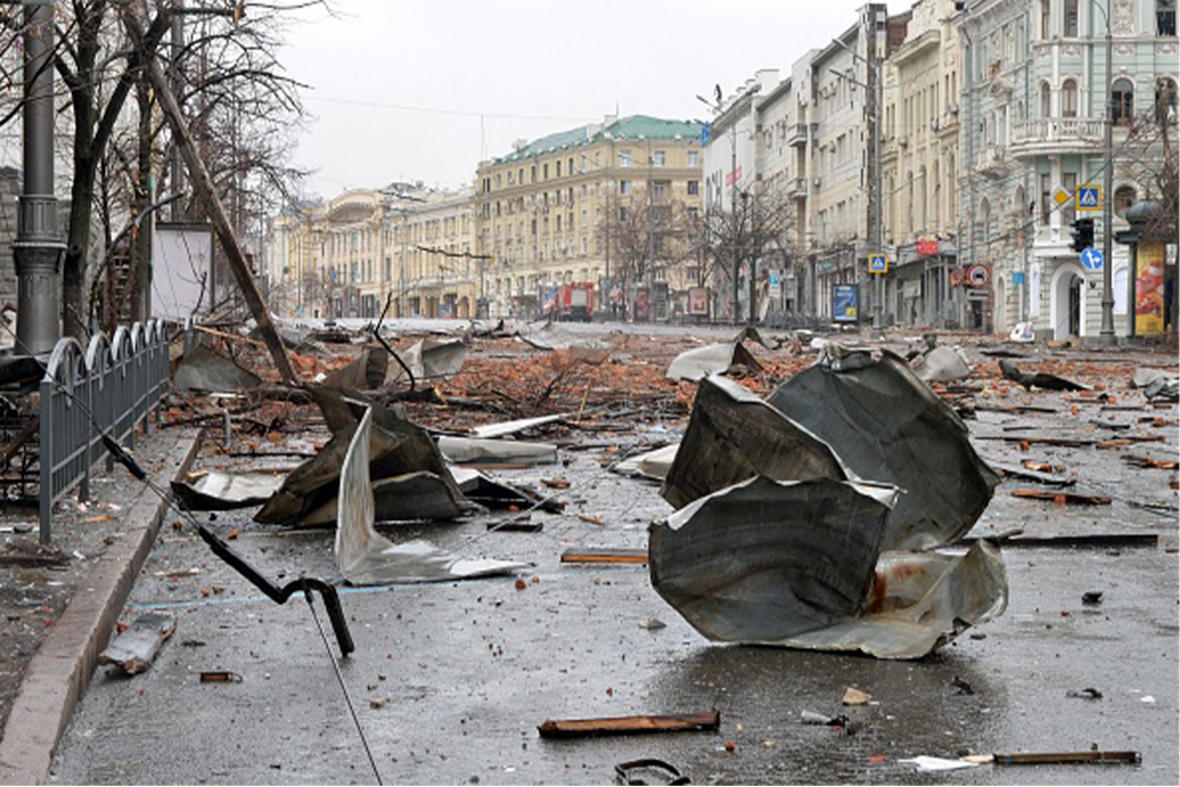 Photo: SERGEY BOBOK/AFP via Getty Images
5 March 2022
Download PDF statement
Read in Yкраїнський or Pусский.
Statement: The Elders today call for a special criminal tribunal to investigate the alleged crime of aggression in Ukraine, and hold President Putin to account for the invasion of Ukraine’s sovereign territory.

The Elders welcome the opening of an investigation by the International Criminal Court (ICC) Chief Prosecutor into alleged war crimes, crimes against humanity or genocide committed by all parties in Ukraine, following an unprecedented referral by 39 countries. The Elders call on the international community to provide the ICC with the support and resources needed to conduct this investigation.

While the ICC can and should investigate war crimes, crimes against humanity and genocide committed by all parties in Ukraine, under current circumstances it cannot investigate the alleged crime of aggression. The International Court of Justice and European Court of Human Rights may have roles to play in Ukraine, but also cannot hold individuals accountable for crimes of aggression.

A new international or hybrid tribunal mandated to investigate and prosecute the alleged crime of aggression in Ukraine could address this gap. There are various precedents to draw on for setting up such a tribunal, which should be complementary to other proceedings. Evidence-gathering should begin immediately, and could be done through an independent investigation that can start before the detailed model for a tribunal is agreed.

The Elders welcome the historic UN General Assembly (UNGA) resolution on 2 March, deploring the aggression by the Russian Federation against Ukraine in violation of Article 2(4) of the UN Charter. They also support the UN Human Rights Council (HRC)’s decision to urgently establish an independent international commission of inquiry, to investigate alleged human rights violations in the context of Russia’s aggression against Ukraine. They urge the UNGA and the HRC to show unity and resolve in their support for justice and accountability, given the UN Security Council’s failure to act, and the Government of Ukraine’s request for international support for accountability under international law.

Impunity for aggressors must end if the international community is to deter acts of aggression in future, wherever in the world they may happen.

“The international community has a responsibility to come together to take all measures necessary to restore and maintain global peace and security, particularly when the UN Security Council is unable to act.  A criminal tribunal to investigate and prosecute the alleged crime of aggression in Ukraine would be a crucial step forward towards ending impunity. I encourage governments to respond to the Ukrainian Government’s request for support on this issue, and urgently engage to find a way forward.  We must act collectively to defend the rules that underpin our common security, and hold to account those who violate them.”

“Failure to hold President Putin accountable for his aggression against Ukraine will further undermine the rules-based international order. If we allow crimes of aggression to go unchallenged, we are likely to see further violations, and a continuing breakdown of the peace and security the UN was set up to protect. The international community must explore all options available to ensure accountability and justice.”