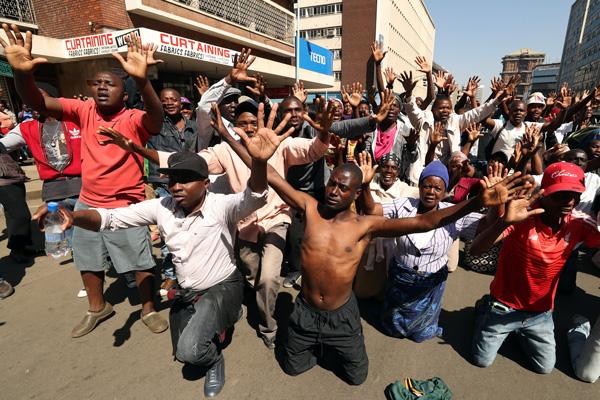 "Nothing other than the democratic will of the people should be allowed to determine the future of Zimbabwe.” –Kofi Annan.

The Elders today call on all parties in Zimbabwe to show restraint and calm as the country decides its future.

Led by Kofi Annan, The Elders condemn the violence and tragic deaths that followed the 30 July vote.

Following a pre-election visit to Harare in July to encourage a free, fair and transparent process*, The Elders urge all political parties to publicly recommit and adhere to the Peace Pledge signed on 26 June, refrain from violence and its incitement, and confine any challenge to the election result to the due process of law.

“The scenes of violence that have erupted in parts of the country after the election are completely unacceptable. We call on all those responsible to step back from the brink, and give the people of Zimbabwe the opportunity of a peaceful transition to democracy.

The election process must be completed fairly, freely, and with the utmost transparency. Nothing other than the democratic will of the people should be allowed to determine the future of Zimbabwe.”

The Elders commend the Zimbabwean citizens who voted peacefully in huge numbers, making this one of the largest voter turnouts in Zimbabwe’s history.

The Elders welcome President Emmerson Mnangagwa’s announcement of an independent investigation into the violence in Harare on 1 August and urge him to make every effort to curtail any further excessive use of force by the armed forces. The Elders also welcome the statement of the International Election Observation Mission condemning the violence and encouraging all sides to show restraint.

Furthermore, The Elders call on the MDC Alliance and all opposition parties to promote peaceful engagement, await the announcement of official results, and to use the courts and legal channels to air any grievances regarding the electoral process.

The Elders also appeal to the armed forces to remain neutral during these testing times, and allow the police authorities to manage issues of public order.

“We are deeply saddened by the scenes of violence that have followed the largely peaceful voting in Zimbabwe.

Whatever the facts of the election result, it is clear there has been a significant breakdown of trust in the process across Zimbabwe. The country’s political leaders and its military must lead by example by demonstrating restraint, respecting due process, and appealing in the firmest terms for calm.

The Elders urge all those who seek a peaceful and prosperous Zimbabwe to return to meaningful dialogue and put the long-term future of the country and its citizens centre stage.”

*Note to editors: Kofi Annan, Mary Robinson and Lakhdar Brahimi visited Zimbabwe from 19-21 July 2018 to support all actors working for free, fair and transparent elections, an inclusive transition and a brighter future for the country. During the visit they met with political leaders, the Zimbabwe Electoral Commission, the diplomatic community, civil society representatives and media. Find out more. 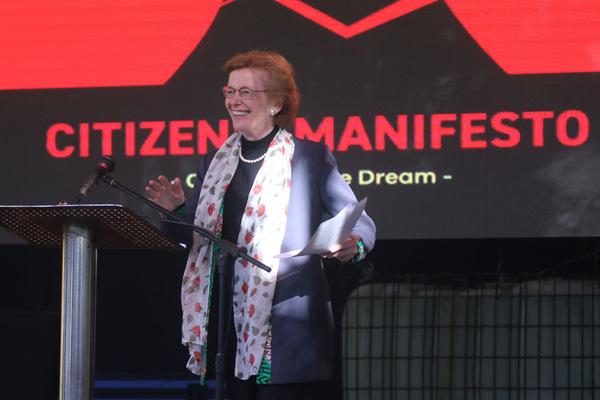 Mary Robinson reflects on her recent visits to South Africa for Mandela's centenary and to Zimbabwe as the country decides its future.&nbsp; 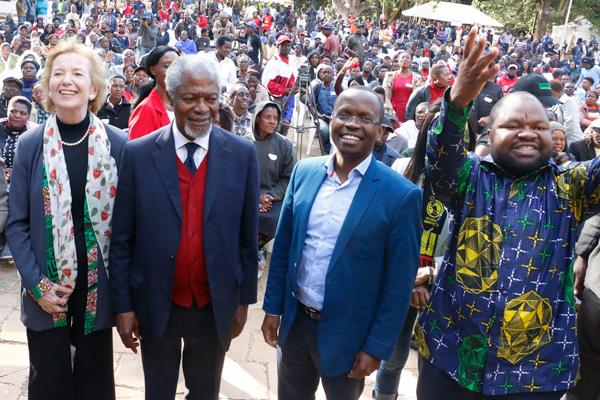 Concluding their visit to Zimbabwe ahead of its pivotal general election, The Elders urge Zimbabweans to work together to ensure a free, fair and transparent poll on 30 July. 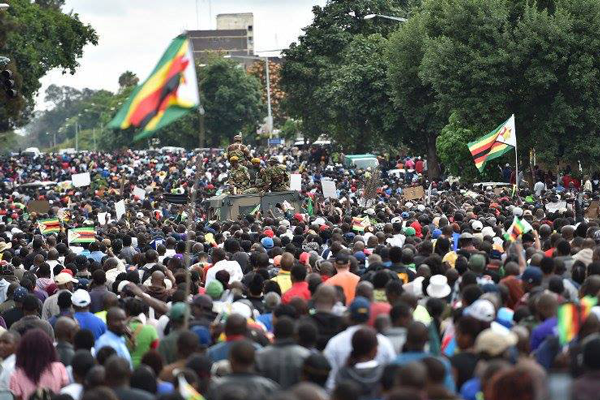 The Elders encourage integrity and transparency across Zimbabwe’s transition

The Elders today encouraged all political actors in Zimbabwe to deliver integrity and transparency across the country’s transition, including a level playing field ahead of the upcoming elections.